[As I mentioned in my prior post about the case, the plaintiff has made legal threats against me for the same conduct discussed in this opinion. As a result, I’ll have to stick to the facts. You’ll have to draw your own conclusions.] 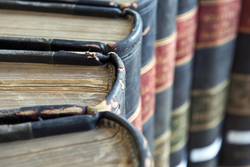 Nieman discovered in 2009 that certain legal-search websites (such as Lexis/Nexis.com, Justia.com, Leagle.com, and VersusLaw.com) were linking copies of documents from his prior lawsuit to his name. That litigation involved a former employer and was settled in 2011. When Nieman encountered difficulty obtaining another insurance job, he suspected that potential employers had learned of his prior lawsuit online and “blacklisted” him from employment opportunities. Nieman alleged that in late 2011 he wrote to each of the defendants and asked them to delink his court cases from their online search results. The defendants declined.

The court’s efficient disposition of the resulting lawsuits (citations omitted):

The First Amendment privileges the publication of facts contained in lawfully obtained judicial records, even if reasonable people would want them concealed. We have explained that judicial “[o]pinions are not the litigants’ property. They belong to the public, which underwrites the judicial system that produces them.” Other legal documents included by the court as part of the public record of the judicial proceedings are also covered by the First Amendment privilege. The forprofit nature of the defendants’ aggregation websites does not change the analysis; speech is protected even when “carried in a form that is ‘sold’ for profit.” All of Nieman’s claims are based on the defendants’ republication of documents contained in the public record, so they fall within and are barred by the First Amendment privilege.