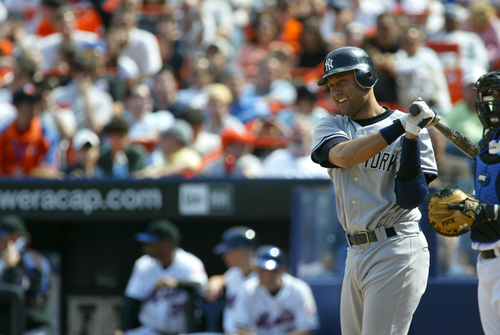 With nagging injuries to several key starters, it looks like the New York Yankees are in for a long season. Off the field, however, it seems the marketing department has already chalked up a win.

Last month, the New York Yankees Partnership found itself in front of the Trademark Trial and Appeal Board, fighting to block a clothing company from registering the trademark “Baseball’s Evil Empire.” On February 8, the Board sided with the Yankees, sustaining the team’s opposition for likelihood of confusion and false suggestion of a connection.

The evil empire extends its tentacles even into Latin America.

The Board noted that since then, the team has “implicitly embraced” the nickname, even going so far as to “[play] ominous music from the soundtrack of the STAR WARS movies at baseball games.”

The Yankees opposed the mark on three grounds: (1) likelihood of confusion; (2) false suggestion of a connection; and (3) disparagement.

Right off the bat (sorry), the Board reminds that the Yankees don’t necessarily have to use the mark to oppose; it’s enough that the public associates a mark with the goods or services of the opposing party.

The Yankees’ counsel provided hundreds of such examples, including news articles, stories, and blog entries all using “Evil Empire” to describe the team, such as:

“We love it that baseball has an Evil Empire, a team to beat, the perpetual villain in the New York Yankees.”

“the Red Sox finally defeated the Evil Empire (the Yankees) en route to their first World Series win in ages.”

Even applicant Evil Enterprises admitted that the term had been used in connection with the Yankees. Instead, the company argued that that the Evil Empire nickname has been thrown around for other teams as well (I can think of at least one that’s currently trying to fit the mould).

But the Board denied that the nickname had stuck for any other team:

[A]pplicant’s evidence shows only that these other teams aspire to be in the position of the Yankees, i.e., spending more on salaries and winning more championships. In short, the record shows that there is only one EVIL EMPIRE in baseball and it is the New York Yankees.

Based on the abundance of evidence, the Board decided that the Evil Empire mark was famous and thus afforded a broader scope of protection. It also noted that t-shirt shopping entails a low standard of purchasing care, which thereby increases the risk of confusion. Weighing these factors, the Board sided with the Yankees and sustained likelihood of confusion as a ground for blocking registration of the mark.

The Board noted that a growing number of Yankees fans have adopted the nickname as a “badge of honor,” as it brings to mind the ire and jealousy of rival fans (and by extension, the team’s 27 world championships).

Given this developing positive connotation, the Board declined to block the registration on grounds that the mark disparaged the baseball club:

[H]aving succumbed to the lure of the dark side, opposer will not now be heard to complain about the judgment of those who prefer the comfort of the light.

It’s worth noting that the Yankees partnership was able to block this registration without creating the trademark or even using it at all. Instead, the baseball community created the “evil empire” nickname and the TTAB ultimately granted the Yankees private rights in the mark. In that regard, this situation is consistent with the “Bug” line of cases, where courts allowed Volkswagen to block others from using the “bug” mark because the public had come to associate the term with VW Beetles. In the end, the origins of such publicly-coined nicknames may not change the outcomes of these cases. But they still raise interesting questions about the theoretical bases for granting private rights in certain trademarks.

This is also a good example of a marketing department protecting each nuance of a brand, including those that might seem unwanted at first glance. When this story first broke, it gained national attention partly because it might have seemed strange to a casual observer that the team would want to associate with a “negative” nickname. But when a fan develops a positive association with a negative nickname, the name acquires value to the franchise and takes its place alongside any other in the team’s lore.

Throughout sports and entertainment, embracing the “bad-guy” persona is nothing new (See: the Oakland Raiders, WWE wrestling, LeBron James circa 2011, Rap music, etc.). In this case, the Yankees fought to protect “Evil Empire” just like they would for “The Bronx Bombers” or “The Yanks.”