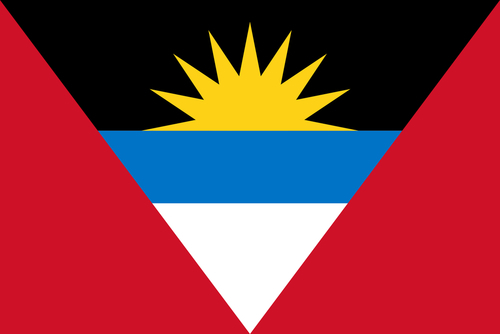 At the end of January 2013, the WTO authorized Antigua to suspend its intellectual property obligations toward the United States in retaliation for the United States’ breach of WTO rules. There are at least three reasons why the decision and the potential internet-based implementation of the retaliation are notable.

First, the case shows the inherent danger that exists when IP issues are included in general trade negotiations and trade treaties, such as the WTO negotiations and the TRIPS Agreement (the danger exists alongside the possible benefits that such an inclusion provides in the form of improved enforceability of countries’ IP obligations). At a conference on the TRIPS Agreement held in April 2011, I noted that putting IP issues in a “basket” with other trade issues could lead to some IP rights being bargained away for trade advantages, and that IP rights might even become the subject of trade sanctions. At that time, my example of the WTO Antigua – U.S. dispute over online gaming, with the possibility that Antigua could suspend the IP rights of U.S. right holders, was greeted with mild amusement by conference attendees. Indeed, it appeared unlikely that a small island nation would take any retaliatory actions against a trade giant. Regardless of whether Antigua now decides to implement IP-related measures against the United States or not, the mere fact that it can retaliate in the area of IP demonstrates that the inclusion of IP issues in general trade negotiations and trade treaties may have negative consequences.

The second reason the Antigua story is notable is that it exposes the problems that arise when a country attempts to design sanctions on the Internet against another country in such a way that the sanctions will both target intellectual property and remain territorially limited. News reports (e.g., here and here) have mentioned the possibility that Antigua could host websites itself or permit third parties to host websites in its territory that would include copies of the works of U.S. copyright holders, such as music and film studios, and offer those copies for free download to anyone in the world with an internet connection. As one commentator has suggested (here), this form of retaliation would not be territorially limited because downloading from such websites could infringe copyrights in multiple countries, not just in the United States. Therefore, through such websites, Antigua would not be able to implement a sanction that would be perfectly territorially limited (meaning limited to the territory of the United States).

However, it would be possible to view the sanction as limited “personally” – limited to U.S. copyright holders – if the websites offered works of only U.S. copyright owners. Of course, this “personal” limitation might be difficult to implement as well.

It is in fact difficult to identify on a global scale works that are owned solely by “U.S. copyright owners” because the same person or entity that owns a copyright in the United States might not be the same person or entity that owns a copyright to the same work in another country. Countries vary in their rules on copyright ownership and the rules they use to determine what country’s law applies to determine copyright ownership. France and Portugal, for example, apply the law of the place of origin of a work, which will typically be the country of the first publication of the work or the country of the author’s nationality, if the work has not been published.

Though the copyright owner(s) in the United States and in other countries may not be the same person(s) or entity(ies), the Internet-implemented sanctions discussed above will affect all of those owners, regardless of their location. Non-U.S. persons and entities recognized by non-U.S. copyright laws as copyright owners will find their rights infringed under the laws of the countries outside the United States, even though Antigua (in this case) may wish to target only U.S. persons or entities, and the copyrights to the particular works at issue are owned by U.S. persons and entities under U.S. copyright law.