Yelp ($YELP) uses an automated review filter to suppress some user reviews of businesses.  The review filter’s criteria aren’t publicly disclosed, and some businesses feel that legitimate positive reviews from happy customers are unfairly hidden.  One business owner, an operator of three restaurants in Mammoth Lakes, California and a Yelp advertiser, got so frustrated with the review filter that he challenged Yelp’s review filter in court.  Recently, the court ruled decisively in favor of Yelp, confirming that Yelp isn’t legally liable for filtering users’ reviews as it sees fit. 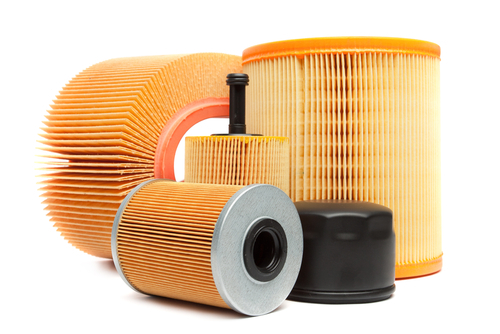 The restaurant owner didn’t attack the review filter directly.  Instead, he complained about Yelp’s marketing descriptions of its review filter, claiming that Yelp falsely advertises its trustworthiness when it uses characterizations such as “remarkable filtering process” and “most trustworthy.”  Yelp responded that the lawsuit was a “SLAPP”–a lawsuit designed to suppress socially beneficial speech–and therefore should be dismissed per California’s anti-SLAPP law.  (See this post for more discussion about anti-SLAPP laws).  The court agreed with Yelp, finding that “statements regarding the filtering of reviews on a social media site such as yelp.com are matters of public interest.”  The court also concluded that Yelp’s laudatory statements about its review filter were “puffery,” not factual representations.  Cf. Seaton v. TripAdvisor.  As a result, if the anti-SLAPP dismissal survives a likely appeal, the restaurant owner will have to pay Yelp’s legal defense costs.

This ruling complements a similar case, Levitt v. Yelp, which also led to a decisive Yelp win.  In Levitt, the plaintiffs alleged (among other things) that Yelp should be liable for reordering users’ reviews.  In 2011, the court dismissed the complaint based on 47 USC 230, the federal law that says websites aren’t liable for third party content.  As I wrote then, the Levitt “ruling makes clear that Yelp can manage its database of user reviews however it wants.”  The newest ruling supports that conclusion.

In general, this case demonstrates that websites face limited legal exposure for automated content filtering decisions.  As the Levitt case illustrated, content filtering decisions are generally protected by 47 USC 230.  However, courts have been split about whether 47 USC 230 protects the website’s marketing statements about its filter (I think Section 230 applies in those situations for reasons I explain in this article).  Here, the restaurant owner didn’t challenge the review filter directly–that lawsuit would have almost certainly failed on Section 230 grounds–but his attempted workaround of suing over Yelp’s marketing language proved no more availing.  The court’s rejection of a lawsuit over marketing language as a “bypass” to Section 230’s immunity should be good news to other websites that rely heavily on automated content filtering, including Facebook ($FB) (such as its newsfeed filters and its emerging Graph Search), Google’s ($GOOG) search engine (see, e.g., this discussion), and Amazon’s ($AMZN) recommendation engine.

Yelp sent me the following statement about the opinion:

Yelp has spent considerable time and effort to develop its review filter––a sophisticated tool intended to show the most reliable user reviews.  The court rightly confirmed that Yelp’s discussion of the filter and our industry-leading efforts to combat unreliable reviews are protected speech about a matter of public concern, and noted that this action was spurred in part by negative reviews. There will always be businesses that think it may be easier to blame the messenger rather than respond directly to customer criticism, but this case reinforces our belief that the better option is constructive dialogue between consumers and businesses.  We are happy to be a key part of that conversation.