The U.S. Federal Trade Commission (FTC) has ended its nearly two-year-old antitrust investigation of Google’s ($GOOG) search engine practices with minimal consequences to Google.  You can see the details from the FTC’s announcement.

With any company as large, complicated and fast-moving as Google, antitrust regulators inevitably will find some problems if they look hard enough.  If this is the worst they found, it’s the virtual equivalent of a clean antitrust bill-of-health. 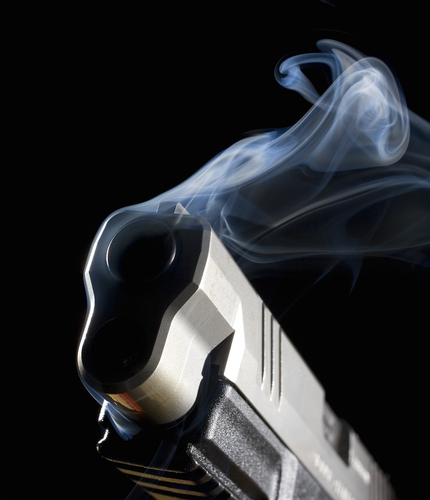 Google’s antitrust problems are hardly over.  Its enemies have gotten zero traction in court, but they have been shopping their gripes to other regulatory bodies, including the U.S. Department of Justice, multiple states’ attorneys’ general and international antitrust regulators, most obviously the E.U.  Fortunately, the FTC’s investigation strikeout offers numerous useful lessons for these regulators and any other regulators considering going after Google for its search engine operations–or, for that matter, any Internet company:

Haters Gonna Hate.  Google’s enemies lobbied the FTC to launch the investigation, but the FTC should have been more skeptical of their evidence.  Microsoft ($MSFT) self-admitted it wanted to hobble its competitor after getting badly beat in the marketplace.  Most of the other kvetchers just wanted more customers for less money (the typical expectations of advertisers)…or better yet, free favorable indexing in Google’s search engine.  Instead of dismissing their self-serving gripes, the FTC entertained them because Google’s power and sheer size scares the FTC and because the FTC has been on a half-decade-long trajectory to crack down on Silicon Valley.  But regulators need to watch out for any initial impulses that tremendous marketplace success is bad, and they need to remember that every successful company has accumulated haters on the way to the top.

A further cautionary tale for regulators: the FTC called out the gripers for their hypocrisy.  For example, Microsoft attacked Google’s pay-for-play shopping search engine, even though Microsoft does the same thing; and Expedia ($EXPE), a member of the anti-Google organization FairSearch, non-transparently marginalized American Airlines’ listings from its search results in apparent violation of FairSearch principles.  If the people complaining to regulators are engaging in duplicitous behavior, regulators probably got gamed (and the gripers’ gambit may backfire on them).

Another irony: Microsoft seemed to think it was pretty clever to put Google through the antitrust wringer after Microsoft experienced its own antitrust hell from the 1990s.  However, perhaps Microsoft didn’t learn how to play the antitrust game as well as it thought it did.

Antitrust Investigations Take Too Long for Technology Cycles.  It took the FTC 20 months to determine its investigation was largely fruitless.  20 months is nearly a full generation of technology development in the Internet industry.  A few major developments during the past 20 months that  (individually and collectively) undermine the investigation’s rationale:

* Siri.  Search is increasingly moving from the web to mobile, and Siri is picking up searches from mobile devices that used to go to Google.

* Pinterest.  Pinterest is the fastest growing website of all time, and about 2 years ago it emerged from nowhere to become a major source of referral links.  Pinterest reminds us that major Internet competitors can develop really quickly–in ways that no one, and certainly not regulators, can anticipate.

* Home-grown Apps.  Websites are getting increasing traffic from their existing users who have installed the website’s propriety mobile app.  For example, Yelp ($YELP), a vocal Google critic, recently reported that “45 percent of searches on Yelp come from its apps.”

In general, Internet innovation necessarily will outpace antitrust regulatory procedures, such that the marketplace’s structure will change meaningful during the investigation’s pendency.  We had already learned that lesson from the Microsoft case; the Google case shows that even a 20-month antitrust investigation period is longer than prevailing innovation cycles.

If There Are No Good Remedies, Enforcement Actions Might Not Be Prudent.  The FTC never had a clear path to remedying problems with search results even if it found Google had impermissibly manipulated them.  The FTC can’t really tell search engines how to manage search results; they lack the expertise to do so, plus such editorial discretion has constitutional protection.  The best thing the FTC can do is to foster competition between search providers and get them to spur each other to new innovative heights, but it’s not clear what the FTC itself can do to enhance competition in the search industry.

As a result, the FTC got itself stuck in this investigation.  The FTC never had a feasible way to achieve any good outcome.  When a satisfactory remedy to any antitrust problem isn’t clear at the investigation’s outset, the entire journey might be for naught–and probably isn’t worth taking.

Antitrust Investigations Are Costly To Everyone.  Almost every little fact matters to an antitrust investigation, meaning that antitrust cases typically involve heavy, and very expensive, fact discovery.  Antitrust law also involves the subjective weighing of the facts (all too often based on intuition, not science), and it’s common for players at an antitrust fiesta to spend lots of money trying to spin-doctor the facts.

Putting aside Google’s costs to comply with various regulators’ disclosure demands (and ignoring any degradation of Google’s product development due to the regulators’ heightened scrutiny), Google spent millions of dollars trying to sway the FTC.  Google’s economic stimulus package included a dozen DC lobbying firms (a DOZEN!), big brand-name paid influencers such as Robert Bork (recently deceased), Eugene Volokh, Marvin Ammori and many others, and multiple conferences designed to educate DC insiders (see, e.g., the 2011 and 2012 George Mason Law School conferences).  Not directly tied to this investigation, Google also has invested substantially in its policy and advocacy work in other ways, as we discovered in Oracle v. Google and we’ve seen from its work in Germany.

Fortunately for Google, throwing money at the problem seemed to work really well (some of the FTC’s announcement sounded like Google’s PR flacks wrote it).  But is that really how the system’s supposed to work?

Google wasn’t the only player spending like a drunken sailor.  The FTC hired an expensive outside lawyer and invested countless staff hours.  And Google’s enemies spent plenty of money themselves, both directly and through advocacy groups like FairSearch.  For example, Microsoft has put on its own event (both in DC and in Europe), and see this San Jose Mercury News list of Microsoft-supported influencers (the article also tries to enumerate Google beneficiaries).  With the FTC investigation over, we might project a recession in the legal industry when all of this money stops sloshing around.

In the end, though the FTC reached the right result from its investigation, the money avalanche left me with a queasy stomach.  As the cynical maxim goes, “he who has the gold makes the rules.”  When titans clash over antitrust matters, it’s a fine line between justice being served and justice being bought.

Disclosure Notes.  I have never been a lawyer, expert or consultant for Google or any of the other major players in this fracas.  I am a Google AdSense publisher, but my earnings are meager (typically $30-$40 a month).  I own a small number of Expedia shares.