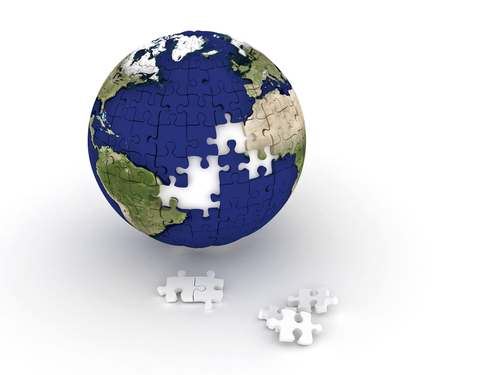 The U.S. Copyright Office recently extended the deadline by which the public may submit comments on issues related to orphan works until February 4, 2013. The Office is gathering suggestions for shaping future U.S. legislation and taking other actions to address the issues of works whose copyright has not expired, yet the owner of the copyright cannot be identified or located. However, legislating on orphan works at the national level cannot solve an important problem: the problem of establishing the status of an orphan work internationally. The solution to this problem is crucially important for anyone hoping to use orphan works on the internet – particularly entities that are among the most active lobbyists for orphan works legislation.

The key component of orphan works legislation is a definition of what qualifies as an “orphan work.” The definition relies on a standard for the diligent search that a prospective user of a work must conduct in searching for the copyright owner of the work. If, even after performing a diligent search, the prospective user cannot identify or locate the copyright owner, the work will be considered an “orphan work.” The legislation also must address whether, if the work is an orphan work, the user must pay royalties, and if so, when, in what amount, and to whom.

An important accelerator in the search for a solution to the orphan works problem has been the various projects that were developed to digitize library collections and make digital copies available online. Although the orphan works problem did not first arise because of digital technology or the internet, the problem certainly attracted significantly more attention when it was pointed out by entities that wished to make large quantities of materials available to the general public online.

Given the link between the internet and the interest in orphan works, it would appear to be an imperative that a legislative solution to the orphan works problem pay particular attention to the use of orphan works online. However, a legislative solution that is merely national in scope will not solve the orphan works problem for prospective users of the works if that use will be online – it will only set a national standard for diligent search for one country, exposing a prospective user to the risk that his diligent search will not meet the standards of other countries, where the work will also be accessible online. While a user might have searched for the copyright owner in a manner that met the standard prescribed by the legislation of country A and thereby be free of liability for infringement under the law of A, the same search might be insufficient according to legislation in country B, thereby making the user liable for infringement in country B.

How will EU-wide orphan works fare beyond EU borders? If a German library identifies a work first published in Germany as an orphan work under future German EU-compliant legislation (see Article 3.3 of the directive for the applicable law) and makes a digital copy of the work available online, the library will not face infringement liability in any EU member state. But suppose the copyright owner suddenly emerges and sues for copyright infringement in a country outside the European Union where the diligent search standard is different – or where no legislation on orphan works exists at all. One possible way for the library to limit its exposure to potential copyright infringement liability outside the European Union will be to allow access to the work online only to those users who connect to the internet from EU member states – a solution that could generate a greater need for effective geolocation tools and raise questions about how the law should treat acts of evasion of geolocation (see my article on the topic here).

Can an orphan work solution serve prospective users of a work who intend to use the work on the internet, although the solution does not provide for an “international orphan work” status? Such a status could only be established by an international treaty, which could adopt the EU hybrid model or set a single diligent search standard. Without an “international orphan work” status the problem could still be solved by the operation of the rules for jurisdiction and choice of law, which would effectively limit the number of countries whose national laws would apply to the acts of the prospective user. Such rules could either be left to develop naturally with no international coordination (as has been the case so far with the exception of the European Union and the European Free Trade Association), or could be shaped by collective action – if countries could eventually agree on a treaty on jurisdiction, choice of law, and the recognition and enforcement of judgments (the restarted activities of the Hague Conference on Private International Law in this area provide a possible forum for such an effort). Four completed and one ongoing academic projects attempt to provide guidelines for courts and legislators on which rules to adopt (for the ongoing project see here).

There might be one other possibility: the EU directive, once implemented in EU member states’ national legislation (which should occur by October 29, 2014), might prove that the standard set by the directive is high enough to identify orphan works reliably at the international level. If the EU standard is sufficiently high, the instances in which works will not be legitimate “international orphan works” – instances in which their copyright owners will in fact exist and emerge to claim infringement – will be very few, if any.

However, even if copyright owners are truly unidentifiable or non-locatable under any standard, the question will remain as to what law should govern the royalties due, if any, for the use of the work if the work is accessible online from multiple countries. But maybe the question of the law applicable to the royalties arrangement will not necessitate an international agreement: it might transpire (as it does with other infringement issues on the internet) that in most cases various natural barriers will provide sufficient limits on the territorial scope of potential liability. The limited financial resources of copyright owners – who are the potential plaintiffs – or a limited willingness of courts to adjudicate infringements under multiple national copyright laws might delineate the territorial scope of potential liability in the majority of cases. Furthermore, if the copyright owner is truly unidentifiable or non-locatable, there might be no one with standing to sue for copyright infringement anyway.