We enjoy cases where people negotiate or modify contracts via email or other modern methods of communication. The underlying rules haven’t changed, and nor should they, but people don’t expect that casual off-hand electronic communications can form or alter contractual relationships. This can lead to unintended results. The favorite from this genre is the CX Digital case, where an Instant Message conversation modified the terms of an agreement and resulted in a $1.2mm judgment: “Court Rules That Instant Message Conversation Modified the Terms of a Written Contract.”

This case involved an alleged agreement to transfer rights in the book titled “The Match: The Day the Game of Golf Changed Forever.” MVP wanted to purchase rights in the book and turn it into a movie. Attorneys for the parties exchanged emails. 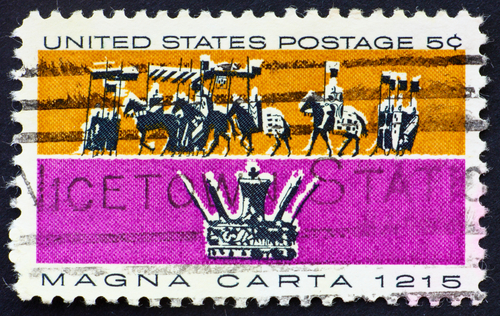 The lawyer for MVP sent an email (to the author’s lawyer) with proposed terms, and asked whether “this is okay and [he would] send paperwork.” In response, the lawyer for the copyright owner (Alan Wertheimer) said:

Later, the author and his entity talked to MVP and said that they did not want MVP to make The Match into a movie. MVP sued, asserting a variety of claims, but principally a breach of contract claim. In MVP’s view, Wertheimer’s “done thanks” email created a binding contract.

The court says that a transfer of copyright ownership is not valid unless there is a writing signed by the owner: “It doesn’t have to be the Magna Carta; a one-line pro forma statement will do.” Section 204’s writing requirement is slightly different from the statute of frauds. It serves more than an evidentiary function, and defenses such as equitable estoppel do not apply.

The big problem in this case is that Wertheimer did not have actual authority to transfer the copyrights. He testified that while he often negotiated these types of deals, he never signed the contracts (the author signed the agreements). MVP argued that Wertheimer had “ostensible authority,” but the court says this is irrelevant. While California agency law may have certain rules for when contracts should be enforced against principals based on their agents leading others to believe they had authority, the Copyright Act requires a writing signed by the owner or the owner’s duly authorized agent.

MVP also argued that Wertheimer’s signature on the email (i.e., “Werth”) was an electronic signature under the ESIGN Act, but the court footnotes this argument and says it doesn’t trump the actual authority issue. Again, the key issue is whether or not Wertheimer had authority–if he did, the email would likely have satisfied the writing requirement (given the court’s earlier statement that the writing need not be the Magna Carta). (For context on Section 204 and the ESIGN Act, check out John O.’s blog post on the Hermosilla case: “Can A Copyright Be Assigned By Email?–Hermosilla v. Coca-Cola.”)

I may be saying this out of self-interest, but I like this result. It’s a bummer to have someone argue that one of your casual emails ended up granting someone rights in your client’s property.

In my comments to the Hermosilla post, I mentioned the possibility of a standard disclaimer that may preempt these types of arguments:

Nothing in this email is intended as an offer and the author disclaims any intention to make an offer or create an enforceable agreement through any email messages. Any agreement with the author of this email must be in a signed paper document!

I have not implemented one of these, but I still think it’s a good idea.

Can A Copyright Be Assigned By Email?–Hermosilla v. Coca-Cola