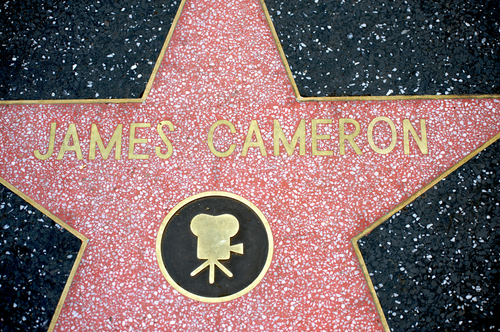 As of this post, James Cameron’s movie Avatar has grossed roughly $2.78 billion. And as the old saying goes, “where there’s a hit, there’s a writ.” Given the film’s financial success, several eager plaintiffs have come out of the woodwork to sue Cameron for copyright infringement. But these prospective plaintiffs may find that the courts aren’t as eager to let them in front of a jury.

A district court in California recently held that Elijah Schkeiban, one of these plaintiffs, failed to prove that Avatar was “substantially similar” to his Bats and Butterflies children’s book.

Since this was a motion to dismiss, the court used the “extrinsic” test to compare the similarities of the ideas and expressions in the two works. The extrinsic test is objective, and focuses on “specific expressive elements” like plot, themes, dialogue, mood, setting, pace, characters, and sequence of events.

As for the plots and sequences of the events, the court found that the two works were substantially different:

“In Avatar, Jake, the paraplegic ex-Marine, takes six years to travel to the moon Pandora, and in a genetically engineered avatar body learns the customs of the indigenous tribe. During his journey, he falls in love with a member of the tribe and eventually chooses to support the tribe against his employer, a corporation engaged in strip mining. In contrast, Bats and Butterflies tells the story of Joshua, a 13-year old school boy, who is bullied by school mates. He is instantly and magically transported to a distant planet invaded by bats and butterflies. There, Joshua helps the butterflies defeat the bats and helps a caterpillar princess mature into a queen butterfly.”

Schkeiban tried to argue that the works were substantially similar at a broader level of abstraction (“alien lands . . . deaths of family members . . . battles between groups with competing interests”), but the court reminded that “vague abstracted ideas” do not satisfy the more objective extrinsic test.

With regard to the rest of the specific expressive elements, the court found that any similarities between the two works were vague and random at best:

“The similarities that plaintiff highlights between a bullied teenager and a paraplegic war veteran are mere general themes or plot ideas . . . while Avatar directly conveys themes of racism, genocide, imperialism and environmentalism, Bats and Butterflies conveys these themes symbolically, if at all . . .  Bats and Butterflies is a children’s story with a simple protagonist who stands for good and consistently fights against evil. In contrast, Avatar is a more complex story about a conflicted protagonist[.]”

Since the only real similarities were general ideas unprotected by copyright law, the court dismissed Schkeiban’s claim.

Last year, a district court in New York ruled against the plaintiff in a similar infringement suit, albeit for less of a “hit.”

James Muller alleged that the film Alien vs. Predator was substantially similar to his original screenplay The Lost Continent, which involved “a government-led expedition to the Antarctic to investigate a mysterious structure below the frozen surface, a secret plan by a group called the “Freemasons” to recover a powerful crystal from the ancient city of Atlantis, and attacks by stone gargoyles come-to-life.” Citing differences in the concept, characters, and other expressive elements, the court disagreed with Muller’s claim and granted summary judgment in favor of Twentieth Century Fox.

“[S]ummary judgment is appropriate because the only similarities between the Screenplay and the Film are insubstantial, and pertain to non-copyrightable ideas, unprotected stock themes, or ‘scènes à faire,’ and not to protected expression.”

It’s hard to tell whether these plaintiffs actually believe what they’re cooking up, or whether they are merely opportunistic. Either way, it seems clear that these plaintiffs did not even come close to clearing the “substantially similar” hurdle. In both cases, the similarities were firmly on the “idea” side of the idea/expression dichotomy, and the courts seemed eager to dismiss the claims.