A Reward Offer Still An Offer, Even if It’s Made on YouTube – Augstein v. Ryan Leslie

As the post’s title implies, this case is about a reward offer that the plaintiff is trying to enforce.

Ryan Leslie, a musician, lost his computer and external hard drive while on tour in Germany. He offered a $20,000 reward for the return of his “intellectual property” via YouTube (and publicized the offer via his Facebook and Twitter accounts). Here is a link to the reward video here. He later increased the reward offer to $1 million in a separate video posted to YouTube [229,359 views as of the date of this post]:

In the interest of retrieving the invaluable intellectual property contained on his laptop & harddrive, Mr. Leslie has increased the reward offer from $20,000 to $1,000,000 USD.

Augstein returned the computer and hard drive, but Leslie declined to pay up, saying that he couldn’t get his intellectual property from his hard drive. Leslie says he tried to access the information and was unable to, so he sent the hard drive to the manufacturer. According to Leslie, the manufacturer deleted the material and issued him a replacement hard drive. 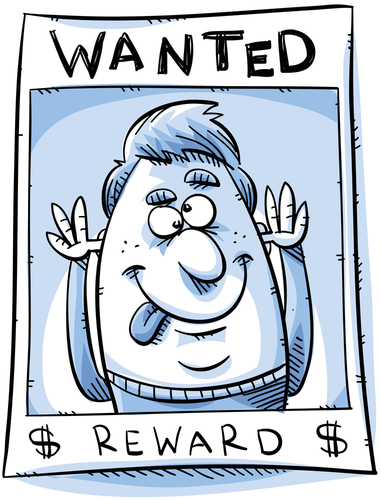 Was the reward an offer? Leslie argued that a reasonable person would have understood the reward videos as advertisements – i.e., “invitations to negotiate.” The court says no. The videos “sought to induce performance,” and as we should all remember from contracts 101, are offers that an offeree can accept by completing performance! That the offer was posted to YouTube does not make it any less of an offer:

The forum for conveying the offer is not determinative, but rather, the question is whether a reasonable person would have understood that Leslie made an offer of a reward. I conclude that they would.

Should Leslie be held accountable for failing to preserve the data?: The second issue related to whether the court should order an adverse inference against Leslie due to his failure to preserve evidence. Augstein lawyered up when he contacted Leslie about the reward. As the court notes, litigation was “all but certain.” Leslie nevertheless did not take the necessary steps to preserve the hard drive (he sent it to the hard drive manufacturer). The court says that the only question was whether Leslie was negligent or whether he had some higher level of culpability in failing to preserve the data. At a minimum, the court says that he was negligent. Although the court doesn’t issue a ruling on the merits against him, it says that Augstein will be entitled to an adverse inference—the jury can infer that the missing hard drive would have contained the material Leslie was so concerned about.

Double ouch. Leslie is toast. Moral of the story? Don’t make reward offers on YouTube that you don’t intend to follow through on.

Eric’s Comments. We’ve seen a few defamation cases where courts have said basically that readers don’t take online assertions of fact at their face value. See, e.g., Venkat’s discussion here. There’s no discussion in the opinion that Leslie argued his $1M number was hyperbolic or a joke. (The opinion cites the modern classic Leonard v. Pepsico, the case involving Pepsi points and Harrier jets). Maybe if he had said it with a Dr. Evil sneer, he might have had something to argue. But it’s entirely credible that a well-known musician would pay $1M to obtain work-in-progress on a lost hard drive. Indeed, at that moment of panic when we think our hard drive has melted down and we don’t have a recent backup, many of us would gladly pay enormous amounts of money just to have our data back. As Venkat indicates, if you want to tell a joke online, make it really funny; otherwise, say what you mean and mean what you say.

Once we get past the “was he kidding?” question, then we have a venerable line of “rewards” cases where the communication of the reward is an offer for a unilateral contract, not an invitation for further negotiation. The classic Carbolic Smoke Ball case is in this line. If Augstein delivered the requested “intellectual property,” then he completed the contract through his performance.

I’m a little puzzled about Leslie’s shipping of the hard drive to the manufacturer. I’d like to know more about what steps he took to extract his data from the hard drive. After all, if the data was really worth $1M to him, I’d expect him to act pretty carefully with a balky hard drive; and obviously a replacement hard drive would be irrelevant–and something that we’d expect Leslie to protest pretty heartily. The judge seems to accept the implicit story that Leslie got cold feet about writing a $1M check and buried the hard drive so no one could tell if Augstein had delivered the IP or not. If that’s what really happened, shame on Leslie.

This case got some coverage when Augstein first filed suit. See, e.g., this post.