The Ninth Circuit has issued a few consumer-favorable rulings in the unsolicited text and phone call realm. Here is a another one.

Chesbro bought a computer at Best Buy and provided his telephone number. Best Buy says that he also signed up for Best Buy’s “Rewards Zone Program.” Chesbro says he knows nothing about the program, and if he signed up to enroll, he did so unwittingly. 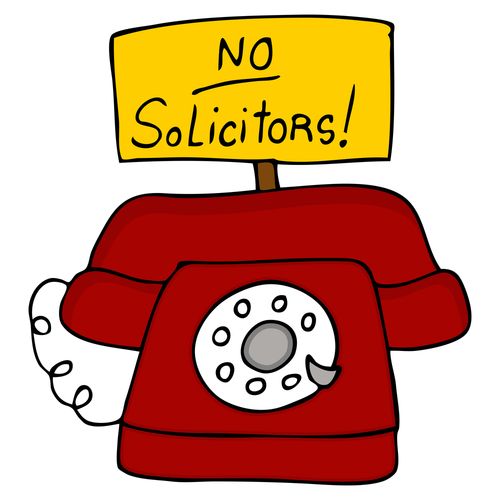 Then, the robocalls started. Chesbro says he received “more than five, less than a dozen” calls from Best Buy following his computer purchase. Chesbro complained to the Washington AG’s office after receiving one particular call. He also called Best Buy and told them to put him on their internal “do not call” list. (He was also signed up on the national “do not call” registry, but that doesn’t seem to have been very effective.) Finally, the straw that broke the proverbial camel’s back:

This is a very important message regarding the Best Buy Reward Zone program. We’re making some changes to increase the security of the program and be more environmentally friendly. Please listen to the entire message and then go to MyReward-Zone.com for details and to update your membership.

For full details and to make sure you’re ready for these changes, go to MyRewardZone.com.

If you would like to hear this message again, press 9

Thank you for your time — and for being a valued Reward Zone program member.

Chesbro sued, asserting claims under the TCPA and Washington’s do not call statute. The TCPA allows the FCC to exempt certain commercial calls that do not adversely affect the privacy interests protected by the TCPA and do not contain unsolicited advertisements. The FCC promulgated rules but said that “dual purpose” calls—calls where a company may inquire about the customer’s satisfaction or otherwise provide customer-service information but also offer to sell additional goods or services–are advertisements and subject to the prohibitions of the TCPA.

Best Buy says that the calls were purely courtesy calls or informational calls. The court disagrees:

The robot-calls urged the listener to “redeem” his Reward Zone points, directed him to a website where he could further engage with the RZP, and thanked him for “shopping at Best Buy.” Redeeming Reward Zone points required going to a Best Buy store and making further purchases of Best Buy’s goods. There was no other use for the Reward Zone points.

The court says that the absence of any reference to products or services is not determinative. The court also allows Chesbro’s claims under the Washington version of the TCPA to move forward.

Ouch. The court’s conclusion that the calls are advertisements only leaves room for Best Buy to argue consent, and that doesn’t seem like a particularly easy argument to make. (See Citibank; Thrasher-Lyon v. CCS Commercial.)

As a consumer, I applaud the court’s privacy-friendly approach. I (like everyone) can’t stand robocalls. But the court’s interpretation doesn’t leave much room for “informational calls” that are not advertisements. Maybe this is the right approach, as a “purely informational” or customer service call from a corporation is about as real as a unicorn. Perhaps what ultimately swayed the court is Best Buy’s mule-like refusal to honor Chesbro’s numerous opt-out requests. It’s a given in today’s day that the right hand of the corporation will never talk to the left, but that is very likely what could have tipped the scales here.

I’ve long advocated leaving text message-based marketing out of the marketing toolbox (due to the risk of liability). Perhaps it’s time to add robocalls to the list.

Added: I thought it was worth mentioning Stern v. Bluestone, a 2009 decision from New York’s highest court tackling this issue in the context of unsolicited faxes sent by attorneys: “N.Y. High Court Finds Attorney’s Unsolicited Faxes Did Not Violate Communications Act.”

Of interest: “The Federal Trade Commission (FTC) is challenging innovators to create solutions that will block illegal robocalls.” $50,000 bounty!

Eric’s Comment: Following the Dex v. Seattle case we’ll be blogging about soon, this is a second Ninth Circuit case this week attempting to make legal distinctions between editorial content and advertising. As I indicate in the upcoming Dex post, there are simply too many border cases for that distinction to remain coherent. Consider this: this week, the Ninth Circuit held that Yellow Pages are editorial content and a reminder about expiring loyalty points is advertising. Good luck rationalizing those conclusions!