Several months ago, a photographer (Christopher Boffoli) sued Twitter for allegedly not taking down his images that others posted and retweeted. The lawsuit received a fair amount of attention, and raised the perennial issue of the content owner’s responsibility to chase down instances of infringing content and send takedown requests, and the intermediary’s responsibility to adequately process those requests.

For someone whose content rapidly proliferates through a medium such as Twitter, the task of sending multiple takedown requests for each separate instance of the content can be daunting. 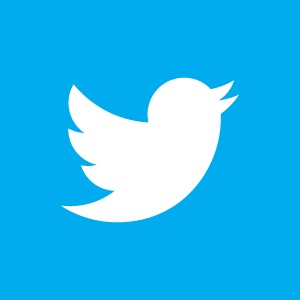 Boffoli probably had somewhat of an uphill battle in proving that Twitter did not adequately respond to takedown notices. On the other hand, it seemed like he alleged that some takedown requests he sent fell through the cracks.

Anyway, I saw that Boffoli voluntarily dismissed his lawsuit with prejudice. This probably means that the parties settled; the terms will likely be confidential. What would these terms look like? Maybe an agreement to pay closer attention to any takedown notices that Boffoli sends (or some separate email address where Boffoli can escalate his takedown requests). Maybe a small payment to Boffoli for his troubles?

In an era where photo copyright trolls pop up with increasing frequency, it’s nice to see this dispute resolve at the early stages. On the other hand, the settlement ducks resolution of several interesting issues: what are the obligations to respond expeditiously to takedown notices; what happens if a service provider fails to meet those obligations; and can a service provider like Twitter really be liable for users’ links to infringing content.

Access a copy of the Notice of Dismissal here.

[On a loosely related note, I should mention that the lawsuit involving claims brought by a photographer who sued Agence France Presse and a bunch of media companies for allegedly misappropriating his Haiti earthquake pictures from Twitpic is still pending. The parties’ cross-motions for summary judgment have been pending for several months. Prior posts on that case: “Agence France-Presse Claims Twitter’s Terms of Use Authorize Its Use of Photographs Posted to TwitPic;” “Court Rejects Agence France-Presse’s Attempt to Claim License to Haiti Earthquake Photos Through Twitter/Twitpic Terms of Service“.]