Editorial transparency is generating lots of legal activity. This post rounds up some recent developments.

In support of NetChoice’s cert request on the transparency provisions, I filed an amicus brief explaining why the 11th Circuit mangled the Zauderer analysis based on my forthcoming Zauderer piece. From the brief’s summary:

Shoutout to Venkat for helping file the brief. He’s a hero!!! 😍

The question presented is whether the First Amendment prohibits viewpoint-, content-, or speaker-based laws restricting select websites from engaging in editorial choices about whether, and how, to publish and disseminate speech—or otherwise burdening those editorial choices through onerous operational and disclosure requirements.

I expect the Supreme Court to grant cert because the 5th Circuit’s opinion expressly conflicted with the 11th Circuit opinion. If so, I expect both NetChoice cases to be heard together or otherwise consolidated given the large overlap in legal issues they present. Unlike the 11th Circuit appeal, I’m not filing a brief in support of the 5th Circuit appeal. My analysis of the Florida social media censorship law’s transparency provisions generally apply to the Texas law as well (except Texas’ law is worse because it requires more onerous disclosures). If/when the Supreme Court grants cert in the Florida and Texas cases, I expect to file an amicus brief on the merits.

This case keeps getting crazier. In the immediate aftermath of Twitter’s deplatforming of Trump, Texas AG Paxton opened a retaliatory investigation into Twitter’s content moderation practices (Paxton expressly vowed: “I’ll fight them with all I’ve got”) and issued a CID. Twitter turned over some stuff and then sued Paxton for the retaliatory investigation. Then, Paxton just cooled his jets and left his investigation–and threat of enforcement–in limbo. In other words, Paxton put in place a Sword of Damocles over Twitter’s head and then just left it there. Twitter, not surprisingly, would like the sword removed to reduce the obvious chilling effects that a pending investigation has. The courts have responded that it’s perfectly fine for Paxton to open a retaliatory investigation and then leave it in place. WHAT???

In March 2022, the Ninth Circuit dismissed Twitter v. Paxton because it wasn’t “prudentially ripe.” Twitter appealed en banc. Instead of granting en banc review, the panel essentially threw its prior opinion into the trash and issued a nearly brand new opinion concluding that the case wasn’t “constitutionally ripe.” Twitter v. Paxton, 2022 WL 17682769 (9th Cir. amended opinion Dec. 14, 2022). It’s embarrassing for the panel to negate their prior opinion–essentially admitting they botched their analysis–yet Ninth Circuit judges don’t seem very chagrined by these not-infrequent SNAFUs. Now that the judges manufactured completely new reasons to dismiss the case, it’s pretty clear that the panel was just looking for any excuse to dismiss the case.

You can get a flavor of the opinion from this line: Twitter’s “allegations and declaration do not quite show chilled speech.” Hmm… First, when is speech sufficiently chilled to overcome the ripeness question? Second, I wonder if the panel should ask the district court to do this kind of fact-finding. Given the court’s close judgment call, a more charitable panel informed by more facts might have reached the opposite conclusion.

The net effect of this ruling is devastating. As it stands now, this opinion greenlights any regulator to open a censorship-motivated retaliatory investigation and leave it open indefinitely, immune from any consequences for the chaos and self-censorship caused by the in-limbo investigation. I wonder how censors will celebrate this permission?

Meanwhile, this case now looks weird in the Musk-owned Twitter era. Musk has allowed Trump back onto Twitter, mooting Paxton’s raison d’retaliation, and Musk voluntarily made (highly selective) public disclosures about why Twitter kicked off Trump (via the “Twitter Files”). The panel mentioned none of these developments in its amended opinion, but the question is obvious: what exactly is Paxton still investigating?

Furthermore, I doubt Musk’s Twitter will keep fighting the case. After all, Twitter has stopped paying its legal bills, the intervening developments have functionally mooted the case, and Musk and Paxton seem friendly. This virtually ensures that this bad opinion will remain in place. It’s another sign of how pre-Musk Twitter affirmatively fought for free speech in ways that Musk’s Twitter may not.

As the complaint explains, “There can be no reasonable doubt New York will enforce the Online Hate Speech Law to strong–arm online services into censoring protected speech.” This is what I’ve been saying all along: editorial transparency laws sound superficially swell–until you think about who will enforce the laws, what their motivations are, and the countermoves services will make to those enforcement threats. If you are a transparency advocate and you haven’t thought those issues through, you are doing it wrong. The complaint explains:

[the law] hangs like the Sword of Damocles over a broad swath of online services (such as websites and apps), threatening to drop if they do not properly address speech that expresses certain state–disfavored viewpoints, as the state now mandates they must. In something of a First Amendment “double whammy,” the Online Hate Speech Law burdens the publication of disfavored but protected speech through unconstitutionally compelled speech 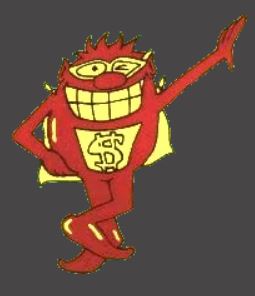 The Constitutionality of Mandating Editorial Transparency