August 25, 2022 · by Eric Goldman · in Privacy/Security, Trespass to Chattels

hiQ was a data snarfer. Specifically, it was “a ‘people analytics’ company that provided information to businesses about their workforces based on statistical analysis of LinkedIn members’ wholly public profiles.” In May 2017, LinkedIn sent hiQ a C&D and blocked its IP addresses. hiQ sought relief from the courts. In August 2017, the district court:

found that hiQ showed a likelihood of irreparable harm, crediting hiQ’s assertion that the survival of its business was threatened absent a preliminary injunction. It determined that the balance of hardships tipped sharply in hiQ’s favor because LinkedIn’s interest in preventing hiQ from scraping the public profiles of LinkedIn’s members did not outweigh hiQ’s interest in continuing its business, an interest threatened by LinkedIn’s actions and legal threats. The Court held that hiQ raised at least serious questions going to the merits of its California Unfair Competition Law (“UCL”) claim and the applicability of the CFAA, based in part on the alleged anti-competitive conduct designed to suppress hiQ’s competitive products. Finally, the Court determined that the public interest favored hiQ because giving companies like LinkedIn free rein to decide who could collect and use data could pose a threat to the free flow of information. The Court ordered LinkedIn to withdraw its cease-and-desist letter, to remove any existing technical barriers to hiQ’s access to LinkedIn members’ public profiles, and to refrain from erecting any legal or technical barriers that block hiQ’s access to those profiles

The passage of time has not been kind to this ruling. It’s troubling for a court to mandate that any third-party can access another entity’s servers without restriction, and it certainly makes no sense to give such powerful remedies to a data snarfer.

Since that ruling, the case has been to the Ninth Circuit twice, the Supreme Court issued a relevant but baffling opinion, and, oh by the way, hiQ has gone out of business.

Despite the court’s injunction, hiQ’s customers dropped it. The court doesn’t explain why. Perhaps hiQ’s customers had engaged in willful blindness or wishful thinking that LinkedIn was OK with hiQ’s data snarfing, and the publicity from the lawsuit disrupted their complacency? Perhaps hiQ got caught in the downdraft of the CCPA and the associated data broker regulations? Whatever the reason, hiQ started winding down operations in 2018. It still has its scraped database, but no business opportunities have materialized.

The court initially granted the injunction because hiQ said it would go out of business without it. That assertion didn’t age well. It turns out hiQ was doomed either way. Now, “hiQ no longer offers the competing products that underpinned its UCL claim; it does not have agreements with customers to breach; its employees are gone; its operations are dormant for the indefinite future.” Injunction dissolved. hiQ’s demise should also lead to the end of the case overall, yet hiQ is still litigating what seemingly have become academic questions.

So, after 5+ years of litigation in this case, some things we still do not know: 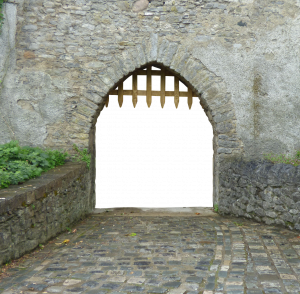 More generally, for reasons I outlined here, I don’t know how to teach the trespass to chattels module in my Internet Law course next semester. At this moment in time, every TTC doctrine seems to be in play.

Prior Coverage of hiQ v. LinkedIn

← My Comments to the CPPA Regarding its Initial CPRA Proposed Regulations
Another Tough Ruling for People Search Databases–Camacho v. Control Group Media →
Subscribe to Blog via Email
Categories