Anti-Cyberstalking Statute Must Be Read Narrowly to Keep It Constitutional–U.S. v. Yung

I’m blogging this in part because of the shocking facts. Ho Ka Terence Yung really wanted to attend Georgetown Law. He did an alumni interview that went poorly and was rejected soon after. (Yung ended up attending UT Austin). Blaming the alumni for this unwanted development, he launched a broad-based attack campaign against the interviewer and his family. It included fake obituaries, fake profiles with racist content, and fake interviews. “A Google search of the interviewer’s name revealed thousands of similar posts. As a reader of the posts re-marked: ‘Someone is really out to nail this guy to a cross.'” Yung also filed fake complaints on law school fora and with the BBB, and he did a Craigslist e-personation of the wife soliciting rough sex. Not surprisingly, Yung’s campaign did significant damage to the interviewer and his family.

Yung pleaded guilty to federal cyberstalking charges and was sentenced to nearly 4 years in jail plus other sanctions. However, Yung reserved the right to challenge the statute as overbroad. This decision rules on that open issue.

The statute requires that a defendant “causes, attempts to cause, or would be reasonably expected to cause substantial emotional distress.” This harm requirement, by itself, doesn’t ensure the statute’s constitutionality. The court says: “That is a problem. The First Amendment protects lots of speech that is substantially emotionally distressing.”

the broader definitions of “harass” and “intimidate” can describe nonviolent, nonthreatening speech. Filling a city councilman’s voicemail box with complaints about his vote on a controversial municipal ordinance may “vex” or “cow” him. Ranting in the comments section of a website that a senator voted to lock refugee kids in cages could well “annoy [her] continually or chronically” or “render [her] timid.” Or, to take a couple more mundane examples, “negative restaurant reviews left on Google or Yelp, irate emails sent to service providers (contractors, plumbers, etc.), … or antagonistic comments left on news sites” are often persistently annoying or even scary. Each might satisfy the statute’s act and intent elements, read broadly, and (depending on the recipient’s reaction) the result element too.

So where does that leave this statute? The court says it’s possible to read “intimidate” in a constitutional way:

To “intimidate,” we hold, a defendant must put the victim in fear of death or bodily injury. And to “harass,” he must distress the victim by threatening, intimidating, or the like.

It’s tempting to blame the Internet for Yung’s attack campaign, and perhaps the Internet made it easier to execute. But many of the attacks Yung launched could have been made without the Internet. We have many examples of such offline attacks. 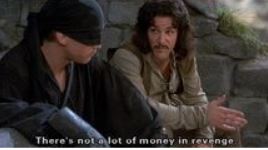 Yung’s efforts surely disqualify him from holding a law license. I understand his decision doesn’t seem rational to us, but I’ll still note the inconsistency of fixating on Georgetown Law if he wanted to be a lawyer, and then taking steps that would preclude that outcome even if he realized his dream.

The terms “intimidate” and “harass” show up in other criminal statutes, including the sui generis nonconsensual pornography statutes. I wonder if this opinion will affect those statutes.