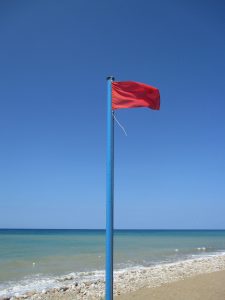 Do you remember this case? It was filed in 2009, back when MySpace was still bigger than Facebook. The copyright owners never sent Vimeo any takedown notices over the videos in question, but they still sued Vimeo for hosting them. The case reached its first two major decisions in 2013, when the court held that Vimeo qualified for the DMCA online safe harbor. Those rulings went up to the Second Circuit, which in 2016 issued an important ruling on the scope of the “red flags” exclusion to the safe harbor. (The Second Circuit then partially walked back that ruling in EMI v. MP3tunes, saying that in some cases the service provider can know that an artist’s oeuvre has never been authorized for online release).

Now, in 2021–12 YEARS AFTER THIS LAWSUIT STARTED–the district court applies the Second Circuit’s red flags standard. The news is mostly good for Vimeo. If the parties have an interest in settling, the financial value of remaining videos should be small enough to facilitate a meeting of the minds. I expect instead that the Second Circuit will see this case again.

Background on the 2016 Second Circuit’s Ruling

In 2016, the Second Circuit said that to have disqualifying “red flags” of infringement,

the service provider must have actually known facts that would make the specific infringement claimed objectively obvious to a reasonable person.

A “reasonable person” isn’t a music or legal expert:

The mere fact that an employee of the service provider has viewed a video posted by a user (absent specific information regarding how much of the video the employee saw or the reason for which it was viewed), and that the video contains all or nearly all of a copyrighted song that is “recognizable,” would be insufficient for many reasons to make infringement obvious to an ordinary reasonable person, who is not an expert in music or the law of copyright.

This may sound like it largely collapses the distinctions between “actual knowledge” and “red flags,” to which the Second Circuit said ¯\_(ツ)_/¯:

If the facts actually known by an employee of the service provider make infringement obvious, the service provider cannot escape liability through the mechanism of the safe harbor on the ground that the person with knowledge of those facts never thought of the obvious significance of what she knew in relation to infringement. Plaintiffs further argue that this understanding of red flag knowledge reduces it to a very small category. Assuming this is so, it is of no significance.

Guess what the plaintiffs did in response to that invitation?

to surmount the safe harbor on summary judgment, Plaintiffs must demonstrate that Vimeo employees possessed facts that would enable them to identify the presence of copyrighted material in each of the Videos-in-Suit. They also bear the burden of demonstrating that Vimeo employees knew how to distinguish infringement from fair or authorized use, and that they were able to do so for each Video-in-Suit.

The court says “Plaintiffs have largely failed to satisfy this burden.”

Employee Knowledge of Copyright Law. “some employees at the company were broadly familiar with the concept of copyright and that there was some general awareness within the company that copyright infringement was occurring on Vimeo.com. Neither showing is sufficient to raise a triable issue of fact as to red flag knowledge, considering Plaintiffs’ failure to impute this knowledge to the employees that screened the Videos-in-Suit…At most, Plaintiffs’ evidence permits an inference that some Vimeo employees may have been broadly familiar with concepts such as fair use. Such evidence does not, on its own, permit the Court to infer that this knowledge armed employees with the ability to distinguish infringements from authorized or fair use with respect to any of the Videos-in-Suit.”

The court summarizes: “These modes of interaction with infringing videos say nothing about the employee’s knowledge as to whether the use of such music was authorized or fair. They therefore do not suffice to show that Vimeo employees were aware of facts that would make infringement ‘objectively obvious.'”

This ruling gets at the heart of the issue exposed by the Viacom v. YouTube litigation, which ran in parallel with this case for several years before settling. In that case, Viacom’s marketing team uploaded videos–in some cases deliberately making them look like they were “stolen.” How was YouTube supposed to know? Viacom’s legal department didn’t even know, because they keep flagging their co-workers’ uploads. And Viacom’s team had a secret and ever-changing policy about which “infringing” videos to ignore because those videos were good marketing or not worth the bother. How was Viacom supposed to know? The bottom line is that Internet services can’t tell what’s uploads are authorized by the labels or not in the absence of proper takedown notices. And recall from UMG v. Veoh how UMG claimed that every song from artists like Britney Spears was presumptively infringing, when in fact UMG only controlled part of the artists’ catalogs and thus had no right to speak about how the other catalog owners choose to manage their rights. Thus, while the Capitol v. Vimeo standard for red flags is stringent, it still properly acknowledges the impossible adjudicatory position that Internet services find themselves in.

Employee-Uploaded Videos. Employee-uploaded videos may not qualify as “stored at the direction of a user.” There are 26 videos in that category. Assuming those are the only videos left at issue, and assuming a per-video infringement damages amount of $10k, that would leave a total remaining case value of about a quarter-million–a small fraction of how much each party is likely to spend on further proceedings in this case. So that number should be low enough to facilitate a settlement if both sides cooperate.

As many of you already know, lawsuits like this aren’t really over the merits of Vimeo’s practices. That could have been resolved a decade ago. Instead, this lawsuit is one of several designed to structurally undercut the DMCA’s online safe harbor. That’s why the plaintiffs never sent takedown notices in the first place. (If they had, Vimeo would have honored them and the case would have never started). This lawsuit’s goal has always been to find cracks in the safe harbor so that copyright owners can sue Internet services without ever sending takedown notices. That goal makes settlement impossible.

As an added bonus, the huge defense costs of this lawsuit send a message to all UGC services–they better raise millions of dollars of extra investments to afford the lawfare that’s coming for them. That lawfare knocked Veoh out of the marketplace a long time ago, cost YouTube (in the Viacom case) over $100M to file its summary judgment motion, and surely discouraged many other entrepreneurs from entering the market. It’s remarkable Vimeo has lasted this long. Copyright owners’ determination to get more control over UGC than Congress gave them in the DMCA is a good reason why YouTube has emerged as a dominant player in the UGC video space. Few others can afford the legal fees necessary to compete.