[In February 2020, I participated in a Wall Street Journal “debate” on the question: “Should Amazon Be Responsible When Its Vendors’ Products Turn Out to Be Unsafe?” The proponent was Ted Janger from Brooklyn Law School. I was the opponent. My position statement:] 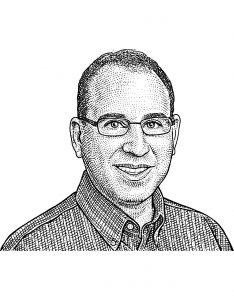 Amazon’s Marketplace lets merchants from around the globe sell to buyers they couldn’t find any other way. It is an economic juggernaut. EMarketer estimated that Amazon’s marketplace generates nearly a quarter-trillion dollars of annual sales, and Marketplace Pulse figures three million merchants are active in the marketplace, many of them small businesses.

Amazon’s Marketplace also has been a boon to consumers. First, stiff competition among merchants drives prices down. Second, consumers have an amazing diversity of product choices—both mass market and niche—and can find exactly what they are looking for with minimal search costs.

Amazon’s massive scale—millions of merchants selling tens of millions of products—means inevitably some products will hurt people or property. That is not unusual or surprising; retailers at times sell unsafe items despite their best efforts. Still, is it possible to greatly reduce the number of unsafe items from Amazon’s marketplace while preserving the marketplace’s benefits to consumers and merchants?

Regulators could apply this approach to Amazon by making it liable for marketplace merchants’ sales. Unfortunately, that wouldn’t make sense for several reasons.

Unlike many other retailers, Amazon lets merchants decide what goods to sell, and Amazon doesn’t always take physical possession of those goods. Thus, Amazon cannot easily inspect or test those goods. Even when merchants choose Fulfillment by Amazon (where Amazon warehouses and ships the physical items), the volume and diversity of merchant offerings makes inspection and testing functionally impossible.

What about vetting the merchants instead? Amazon provides self-service sign-up options for merchants. It would add costs and delays for Amazon to vet merchants enough to stand behind their offerings. Many small or new legitimate merchants wouldn’t make it through the vetting process, and that would hinder their business prospects.

And if Amazon were required to vet every product or merchant, it might decide to take a drastic step—shutting down its marketplace and converting into a traditional retailer for everything it sells.

Amazon already acts as a retailer for many items, so it could move some merchant-supplied items into its retailing mix and cut the rest. But it would devastate the site’s merchant community. And other merchant sites like eBay couldn’t easily make that switch and would be at a competitive disadvantage, exacerbating Amazon’s leverage over the retail market.

None of this means that Amazon should completely ignore the issue of product safety. It could, and probably should, do more to police its marketplace from unsafe products. But any steps the company takes should be voluntary. If it’s forced to act by regulators or courts, Amazon might very well see it as an unnecessary expense and just close the marketplace. After all, if it’s going to be liable for trying—and inevitably failing—to ensure merchant safety, why try at all?

For the foreseeable future, the legal issues surrounding these choices will likely remain unresolved. To date, courts have split on when Amazon and other marketplace operators are liable for purchases from merchants that go wrong. Some courts treat Amazon as the legally responsible seller; other courts say the merchant is only the legally responsible seller; and yet other courts have held that marketplace operators like Amazon are immune from liability due to a federal law that says websites aren’t liable for third-party ads.

There are good reasons to be nervous about holding Amazon legally responsible. Imposing liability for unsafe products almost certainly will keep many completely legitimate and safe items from reaching consumers and accelerate industry consolidation.