October 17, 2020 · by Venkat Balasubramani · in Privacy/Security, Spam, Trespass to Chattels 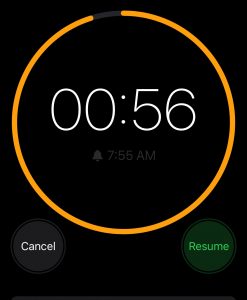 a Daisy employee wasted one minute reviewing the fax, deciding it was junk, and dragging the email to his spam folder.

The parties argued over the applicability of an Eleventh Circuit case—Salcedo v. Hanna—holding that the annoyance of receiving a single text message alone is not sufficient to confer standing. Under Salcedo, and cases following it, where a plaintiff has taken action that’s “qualitatively” different from simply spending a minute viewing a text message (such as changing phone settings, following up with customer service, or emailing the sender’s CEO), there may be standing. The allegations of wasted time in this case fall into the category of “general allegations” of wasted time, and are insufficient.

The court says that the inquiry is controlled by Spokeo. First, the court looks to whether the cause of action has a traditional basis in harm that has been recognized under English or American courts. The court says no:

[m]aybe it’s because history knew of no parallel for the harm of wasted time spent reviewing a junk fax receive by email.

First, this is not like a historically recognized trespass to chattels. Receipt of the fax did not deprive plaintiff of its ability to use the fax machine. Second, invasion of privacy is not applicable since plaintiff is a corporation. Third, trespass to land and nuisance are also inapplicable.

Second, Congress’ judgment reflects that it did not believe this type of harm to be concrete injury. While the statute expressly prohibits unwanted ads sent to fax machines, it doesn’t say that such faxes are prohibited if sent via other means. Moreover, Congress did not make any findings regarding the harms it sought to prevent by prohibiting junk faxes. At most, the legislative history identifies certain injuries from receipt of junk faxes (loss of paper [but see this 2006 case]; tied up fax line), but these are unique to faxes received on a fax machine. Finally, the FCC’s interpretation was also persuasive. While the court doesn’t defer to the agency’s judgment, it notes the agency was of the view that faxes sent to online services do not cause the harms Congress sought to remedy with the TCPA.

So there you have it. A minute spent looking at an email is not concrete harm that’s sufficient to confer standing under Article III. While that statement of the issue sounds somewhat absurd, the case turns on a legal question that’s likely to be of increasing importance: standing under Article III. The Supreme Court tackled this in Spokeo v. Robins, a case involving privacy claims arising under federal law. The question is relevant to privacy causes of action in general.

In some ways, this case presents an interesting and recurring issue under laws regulating unsolicited communications: technological changes have allowed consumers to receive messages through many different channels, and what’s bothersome in one channel may not be equally bothersome in another. The same types of harms may not be present. In this case, a fax received via an email (as a .pdf) may not implicate the same harm as a fax received over a fax machine. This reminds me of a case that I blogged 15 years ago: Joffe v. Acacia Mortgage Corp., No. 1 CA-CV 02-0701 (Ariz. Ct. App. Sept. 20, 2005) (Eric’s post: “Cellphone Spam Violates TCPA–Joffe v. Acacia Mortgage”).

The case illustrates how Spokeo is alive and well and getting a workout in lower courts. I would be curious to see how often its been cited in plaintiff or defendant-favorable results. The Supreme Court is likely to revisit Spokeo, and it’s not difficult to see a scenario where the Court sharpens Spokeo to be an even more defendant-friendly tool. From a plaintiff’s standpoint, that would put powerfully effective tools—that allow for statutory damages—at risk. The TCPA survived a near brush with death recently. But it faces other dangers.

Lawsuits over “time wasted by ads” were popular in the early 2000s. It was at issue in the classic Intel v. Hamidi case, where Hamidi’s advocacy spam diverted recipient attention from their jobs. In that case, the diverted attention didn’t constitute a cognizable harm for purposes of a common law trespass to chattels claim. Wasted time was also a common complaint against spam. I deconstruct the wasted-time objection to spam in my Spam’s Purported Harms article from 2003. Given how old this argument is, it’s a little disorienting to see plaintiffs raising it in 2020.

Note: An even earlier example is Harris v. Time Inc. from 1987, a case that shows up in some contracts casebooks (we also include it in our Advertising Law casebook). A recipient sued for junk mail because the envelope had allegedly deceptive claims that prompted the recipient to open it up and look at the ad copy inside. The court excoriated the plaintiff for suing over this: “the present action is ‘de minimis [non curat lex]’ in the extreme…Our courts are too heavily overburdened to be used as a vehicle to punish by one whose only real damage is feeling foolish for having opened what obviously was junk mail.”

As Venkat notes, this case is a great example of technological convergence and how it can mess up statutory schemes that are predicated on outmoded technological assumptions. What makes a fax a “fax”? With the demise of standalone fax machines, we really don’t know what constitutes a “fax” any more. That makes the statutory scheme archaic at best and pernicious at worst. Other examples of similar statutory interpretation problems are Joffe v. Acacia, Facebook v. Maxbounty, & MySpace v. theglobe.

A Tale of Two Spokeos

← SF Chronicle Op-Ed: “Prop. 24 is the Wrong Policy Approach, at the Wrong Time, via the Wrong Process”
Another Tough Ruling for Print-on-Demand Vendors–Sid Avery v. Pixels →
Subscribe to Blog via Email
Categories