Earlier this month, the High Tech Law Institute at Santa Clara Law hosted over 90 intellectual property scholars from around the globe for WIPIP 2020. At the conference opening session, I outlined our three goals for WIPIP:

I hope we succeeded on all three counts! This post highlights some of WIPIP’s top moments:

Tours of the Building and Campus

The law school moved into Charney Hall in March 2018, so this conference was the first chance for many participants to see it first-hand. We were thrilled to show it off. We also toured the beautiful Santa Clara University campus and enjoyed a typical “winter” day in Santa Clara: sunny, blue skies, temperatures in the low 60s.

Once again, we assembled a table of coveted goodies, most IP-themed, for game night winners. The popular picks this year were the Star Wars drone and the Steinberg poster. 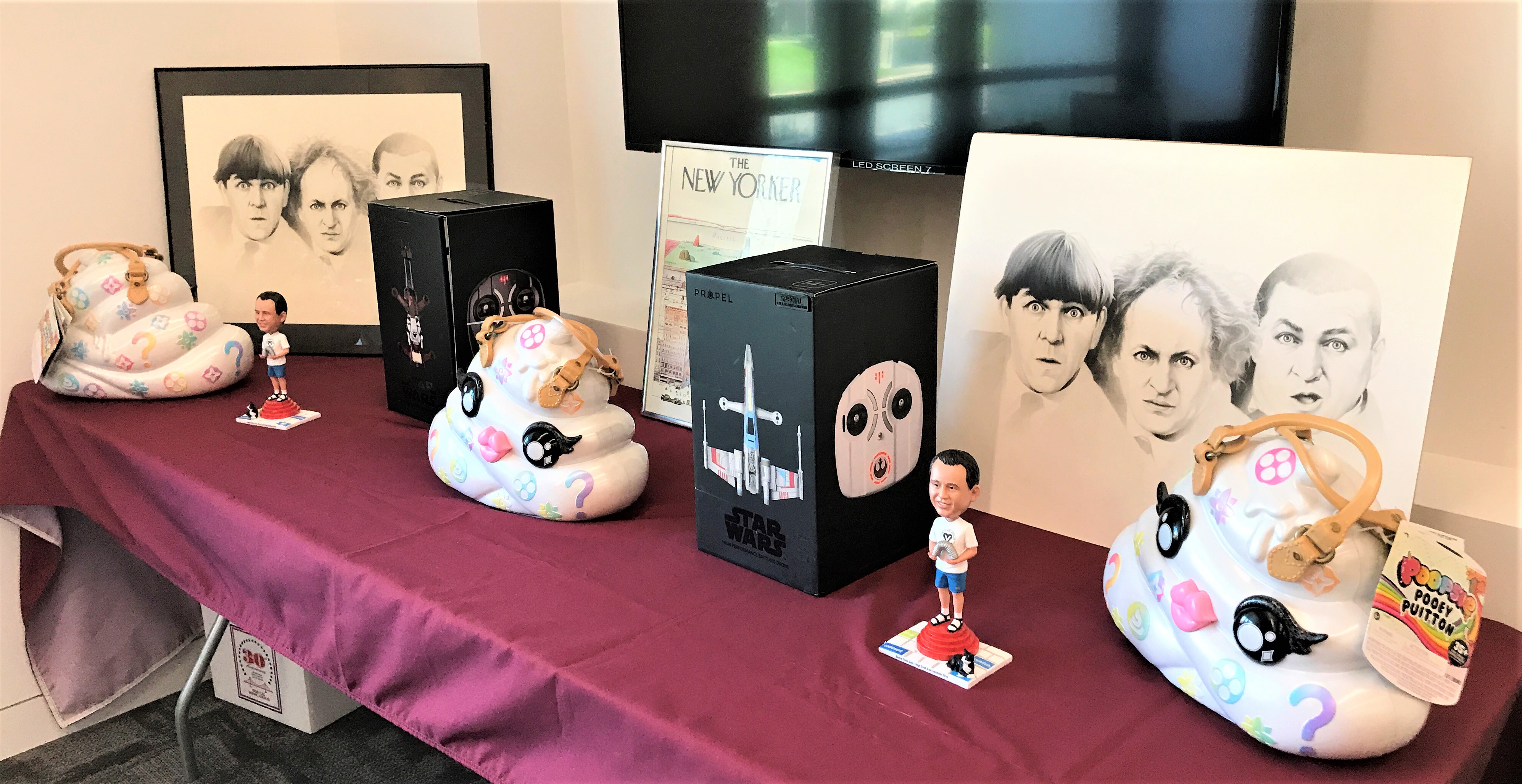 The use of memes in law professor presentations isn’t new. For example, Gikii has required it for years. Still, I noticed a clear uptick in slide decks with memes at WIPIP. This slide from Jeanne Fromer (NYU) was a particular standout. First, the audience burst out laughing, then a dozen professors whipped out their phones to capture the image: 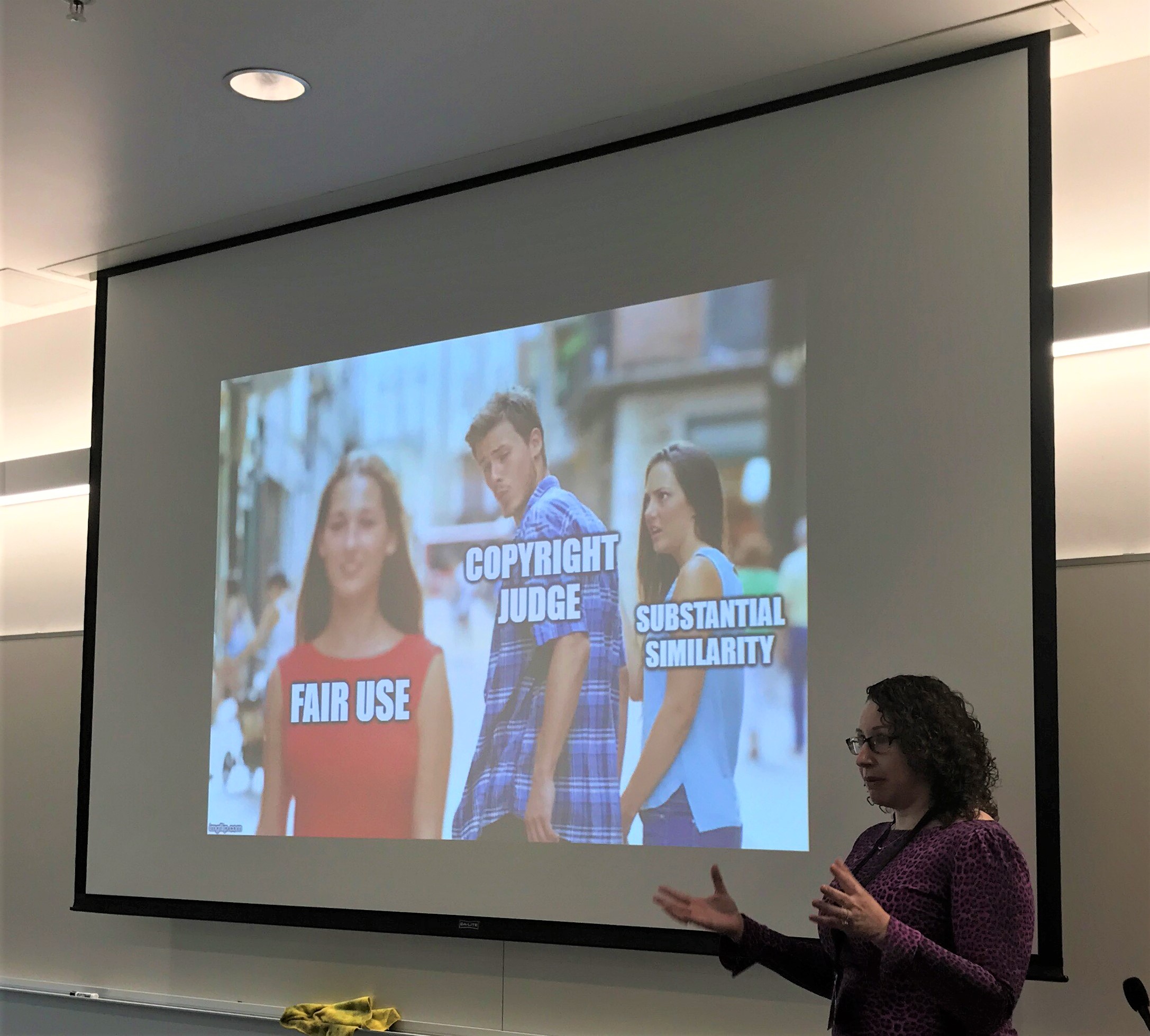 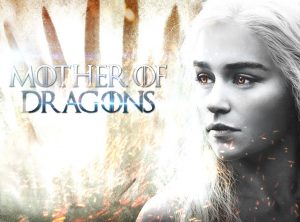 About 30 adventurers enjoyed Dungeons & Dragon quests, where they battled kobalds, skeletons, and finally a ferocious dragon. Several players’ characters had near-death experiences along the way, but ultimately a number of adventurers added the title “Dragon Slayer” to their CVs. However, one adventuring party had a stunningly different result. Instead of killing the dragon, they tamed it and turned it into a trusty sidekick for future quests. As a result, they earned the right to add “Mother of Dragons” to their CVs!

In 2014, Santa Clara Law pioneered IP trivia night at WIPIP–an event that remains legendary for its oh-so-close finish. This year, we wanted to raise the bar again, so we introduced a brand-new game to the law professor community, “Faculty Feud.” It was like pub trivia, but done Family Feud style. We surveyed about 130 Santa Clara Law students on 40 questions about life as a law student, the law school experience, and the law generally. We prepared a slide deck of the most interesting 15 questions and the students’ top 5-6 answers (“Survey says…!”) to those questions. We then asked teams of 5-6 participants each to make their top 3 guesses of how students answered the question. If the teams listed one of the answers on the slide, they scored the associated points. It was a razor-tight race to the end, decided by a mere 2 points:

Congratulations to Team “Family of Marks” on the victory: 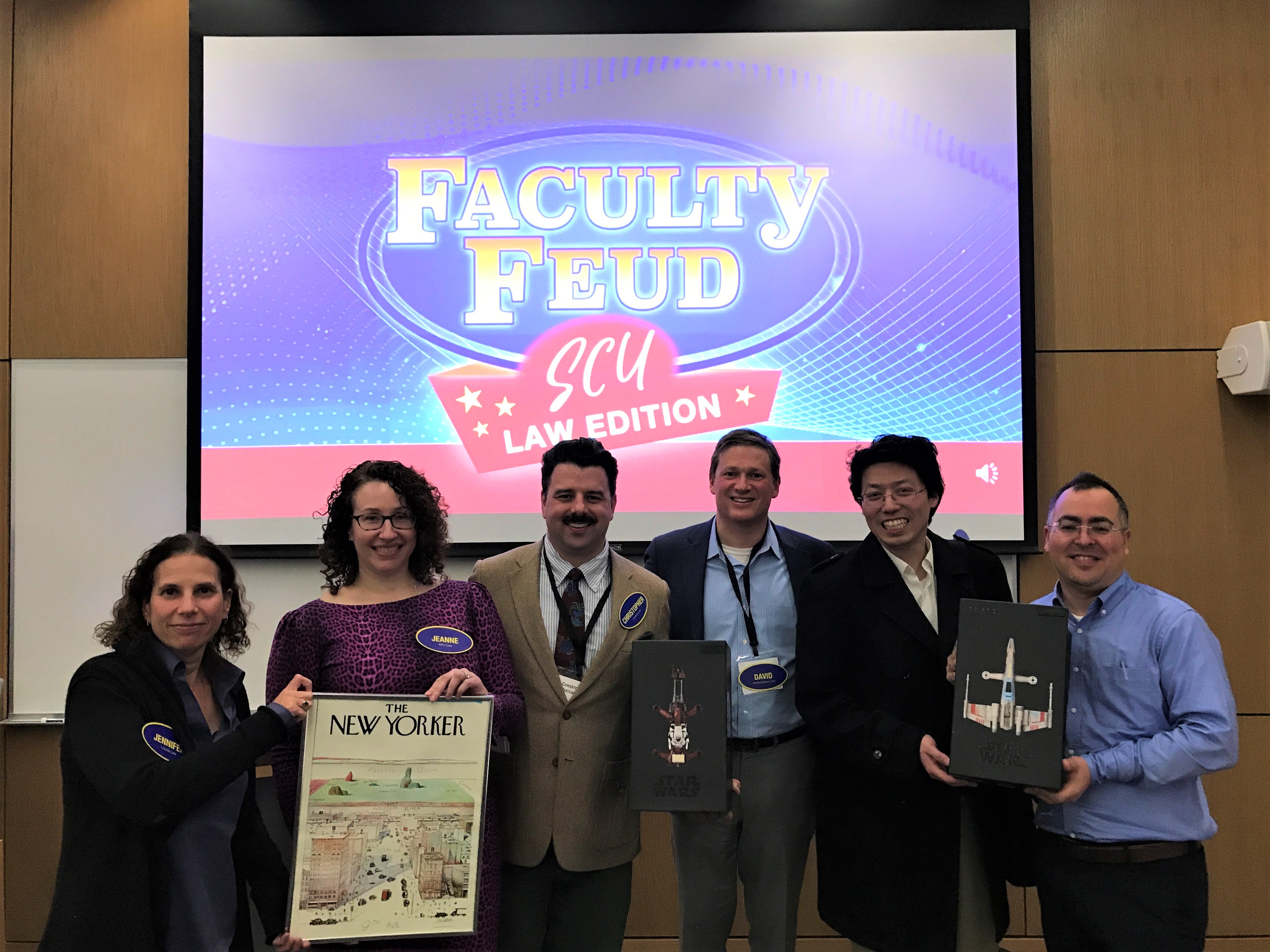 We ended up going through 9 questions (we’ll eventually share all 15 Qs we prepared, and likely more). One slide deserves special attention. The surveyed question was: “What is your favorite online activity to do during class time?” Here is the slide with all 6 top answers: 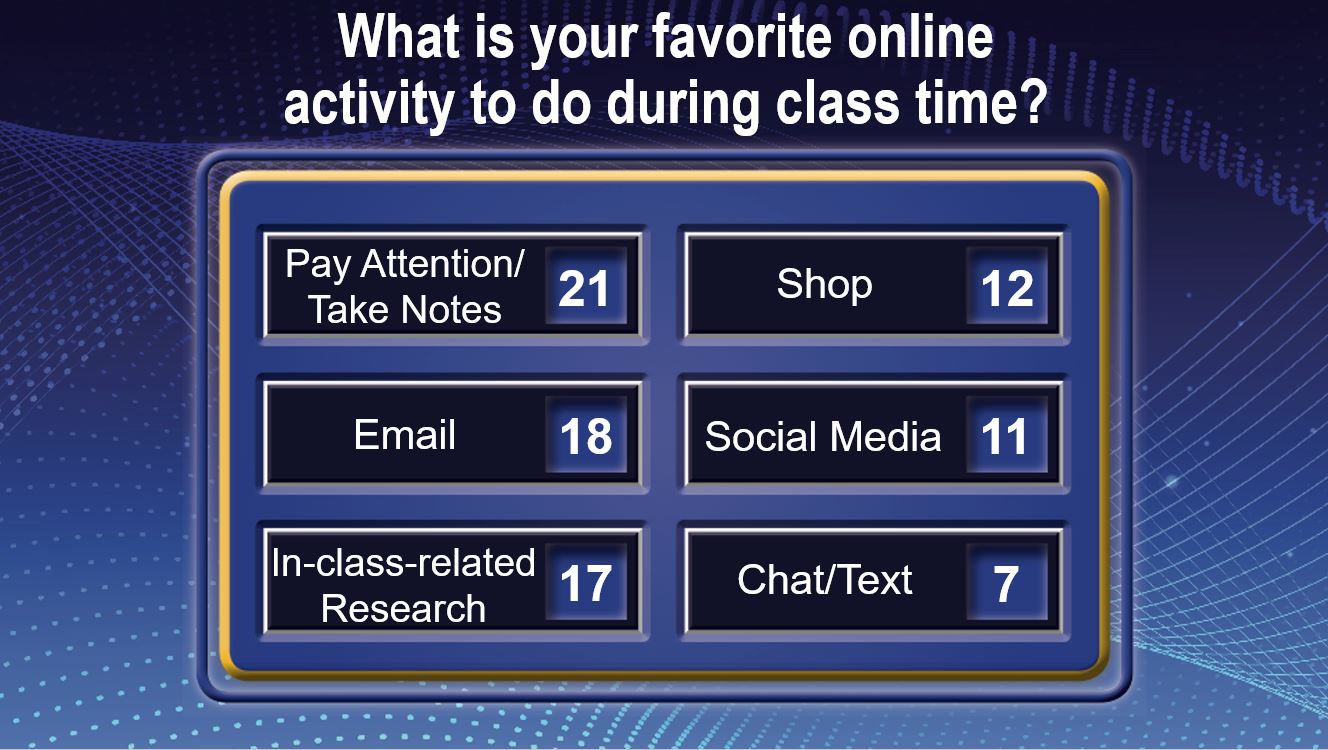 When we revealed the first answer, “Pay attention/take notes,” the participants burst out in a deafening chorus of guffaws and jeers that lasted for at least a minute. The third answer, “in-class-related research,” produced an almost-as-strong uproar. Apparently, it’s mind-boggling to professors that students might actually be using their computers for legitimate purposes during classtime. Other professors speculated that students might have felt some pressure to answer non-truthfully out of fear of retribution.

Many thanks to our fabulous Faculty Feud MC, Prof. Tyler Ochoa, who is a 2x Jeopardy champion and won Ben Stein’s money, so he knows a thing or two about game shows.

[UPDATE: We’ve posted a set of the Faculty Feud Q&As].

For more photos from WIPIP 2020, see my photo album.

← Snapchat Temporarily Defeats Another Case Over Its Speed Filter–Lemmon v. Snap
The “EARN IT” Act Is Another Terrible Proposal to “Reform” Section 230 →
Subscribe to Blog via Email
Categories