Airbnb has admitted that some of its vendors have engaged in racial discrimination. It really had no choice in this admission, after both empirical and anecdotal evidence demonstrated it. Plaintiffs sued Airbnb for violating Oregon’s discrimination law. The magistrate judge dismissed the claim. In a surprising move, the district court judge revives it:

Plaintiffs allege that Airbnb acted with discriminatory intent when it devised and chose to maintain its mandatory photograph policy, even after Airbnb became aware that its policy was leading to racial discrimination on its platform. This allegation sufficiently pleads that Airbnb intentionally makes many of the accommodations listed on its online platform unavailable to Plaintiffs and others on account of their race by maintaining policies that enable hosts to refuse service to prospective guests who are African-American. Because African-Americans do not have full and equal access to all the accommodations on the Airbnb online platform to which persons who are not African-Americans have access, Plaintiffs have plausibly alleged that they are being treated differently than prospective guests who use the Airbnb online platform but are not African-Americans.

In another twist, the district court judge also says that Airbnb may qualify as a “place of public accommodation”:

Airbnb is a “service offering to the public . . . [certain] services,” namely, the service of searching for, finding, and booking an accommodation using its online platform. Further, even though users must join Airbnb as a member and create a member profile to be allowed access to Airbnb’s online platform services, entities still may be open to the public “de facto” when they are “so  unselective in their membership criteria that they are effectively public.”

This result seems to conflict with the Roommates.com decision, which also involved housing discrimination. Interpreting Section 230, it held that marketplaces could be liable only when they “encourage illegal content, or design your website to require users to input illegal content” (Note, just to make sure we didn’t miss it, that both the photos at issue and the resulting reservation rejections are “third party content” to Airbnb). Airbnb did neither; the photos aren’t illegal content (the allegations are that vendors made illegal decisions in response to the photos). Furthermore, the Roommates.com standard is on the wane, and the Doe 1 v. Backpage ruling emphatically held that Section 230 protects design features (“a website operator’s decisions in structuring its website and posting requirements are publisher functions entitled to section 230(c)(1) protection”). This opinion doesn’t discuss Section 230 at all. Perhaps Airbnb will raise it at future stages of the lawsuit. Until we figure out its interplay with Section 230, this case seemingly offers a roadmap around Section 230. 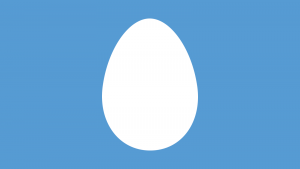 At minimum, this ruling raises the question of whether showing avatar photos to other marketplace participants is categorically discriminatory. Airbnb’s stated justifications for showing avatar photos weren’t super-compelling. I suspect Airbnb’s explanations will get better as they tell more of it in subsequent proceedings. Even so, we’ve seen what the world looks like when users don’t have avatar photos–think of the old Twitter eggs, were were a pretty good sign of not-legit accounts. The small formality of posting an avatar photo does improve confidence in the ecosystem. So if this opinion prompts marketplaces to remove avatar photos, I think we’ll all be worse off.

Worse, the court seems to imply that Airbnb could get the requisite scienter about discriminatory activity from third party notice. In other words, anti-discrimination advocates apparently can send notices to marketplaces saying that a particular design feature contributes to discrimination; and per this ruling, the marketplace must then redesign or remove the feature or face increased risk of liability. This potentially creates a backdoor notice-and-takedown scheme for product design features–but the cost of redesigning or removing a feature is much, much greater than the cost of removing a particular content item. So online marketplaces could be soon swamped with problematic notices that spur costly redesigns.

Even worse, the court’s broad definition of “place of public accommodation” (“service offering to the public . . . [certain] services”) seems to include every online service. This potentially opens up the entire Internet to a wide range of anti-discrimination claims. Fun times.

Although this ruling is not good, we shouldn’t lose sight of the underlying values of anti-discrimination efforts. I remain interested in how Internet services are combating discrimination, and how they could do it better. They can’t eliminate discrimination, but Internet services may be able to design their services to implicitly inhibit or discourage discrimination. You may recall, for example, how Nextdoor made design changes to implicitly discourage neighbors from making posts that racially profiled people. Nextdoor users may still harbor discriminatory feelings, but the site design suppresses those feelings from being publicly manifested. More services probably can do more on this front. However, I wonder if the legal standard articulated in this ruling will encourage services to do so–or if it will hinder or thwart those imperfect efforts.

We haven’t heard the last of this case. Perhaps further proceedings will smooth out or eliminate the rough edges of this ruling. Until then, plaintiff fiestas may be coming soon.