You probably remember this case. Copyright owners sued the video hosting site Vimeo for third party uploaded videos that allegedly infringed their copyrights. Given this was the paradigmatic situation the DMCA safe harbor was designed to address, you’d think this would result in a quick-and-cheap defense win.

HA! This lawsuit was filed in December 2009, so it’s closing in on its decade anniversary. In 2013, the district court ruled that the DMCA safe harbor did not apply to state copyrighted works, including pre-1972 sound recordings. In an important ruling in 2016, the Second Circuit reversed that ruling, holding that the DMCA safe harbor did apply to state copyrights. The Second Circuit’s ruling had other provisions generally favorable to Vimeo.

Still, it’s impossible to ignore how this case hasn’t yet reached summary judgment after 9 years of litigation. As I’ve indicated before, the DMCA safe harbor is a defectively designed safe harbor because it allows for long and expensive litigation that bleeds defendants dry. 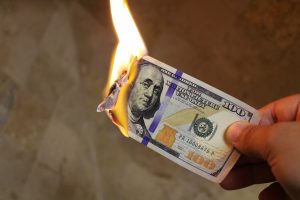 Consider this: have you ever pondered why YouTube is the dominant video hosting platform? Here’s one hypothesis to explore. It took YouTube nearly a decade, and well over $100M, to eventually settle its DMCA lawsuit. YouTube’s competitor Veoh won its DMCA safe harbor defense in court but ran out of money and dropped out of the industry along the way. YouTube’s competitor Vimeo has been hemorrhaging cash fighting this litigation since 2009. And what potential video hosting investor wants to shovel the first $100M+ of raised capital into the inevitable DMCA lawfare with the copyright owners–before you even start building a viable or profitable business? I think we can connect the dots between the lack of competition in video hosting and the safe harbor’s (defective) design.

[Note: Venkat drafted a post on the 9th Circuit’s Ventura Content v. Motherless ruling shortly after it was issued. I’ve been adding/editing it ever since. It will see the light…someday.]