San Francisco wants to curb Airbnb listings. It adopted a license-and-tax requirement for Airbnb vendors (who Airbnb confusingly calls “hosts”). Vendors widely ignored SF’s rules. To minimize its enforcement obligations, SF sought to deputize Airbnb as its enforcement agency. Thus, SF criminalized providing booking services to unlicensed vendors, which requires Airbnb to confirm that its vendors have the necessary licenses before closing a reservation at the peril of criminal punishment. This kind of “verification” obligation on intermediaries seemingly runs headlong into Section 230, where a series of Backpage cases held that such verification obligations violated Section 230. Nevertheless, a judge rejected Airbnb’s request for a preliminary injunction against the law, and his reasoning rips open another major hole in Section 230’s immunity.

To get around Section 230, San Francisco imposed criminal liability only upon the provision of “booking services,” defined as taking a cut from a reservation or sale of unlicensed rentals. So, Airbnb and similar services allegedly can run advertising for unlicensed rentals–even paid ads–without running afoul of the law; only at closing time must Airbnb verify the vendor’s license or refuse to close the deal.

Does this make a difference? Of course not. If an rental advertising service is structured as a marketplace, it makes no sense to display listings for services that can’t be purchased. Indeed, routinely displaying such listings sounds like a fast-track to false advertising enforcement actions; it’s basically a bait-and-switch. So if SF’s law works, either Airbnb verify the listings before they get posted or Airbnb must stop being a marketplace and convert into a classified ads service.

The court says that’s OK. The court says the law “in no way treats plaintiffs as the publishers or speakers of the rental listings provided by hosts. It does not regulate what can or cannot be said or posted in the listings. It creates no obligation on plaintiffs’ part to monitor, edit, withdraw or block the content supplied by hosts….The Ordinance holds plaintiffs liable only for their own conduct, namely for providing, and collecting a fee for, Booking Services in connection with an unregistered unit….the challenged Ordinance regulates plaintiffs’ own conduct as Booking Service providers and cares not a whit about what is or is not featured on their websites.” On this basis, the court distinguishes the precedent, including the Backpage cases, because they addressed running third party ads, not closing the deals.

Airbnb noted that the law effectively will force it to prescreen the listings. The court shrugs, saying Airbnb has alternatives, including warning users not to post illegal listings (a disingenuous suggestion because Airbnb will still violate the crime even if it issues those warnings to users?) or changing its business model into a pure advertising service. Condescendingly, the judge adds:

Requirements that might have an incidental ripple effect on Internet postings are not barred under the CDA. “Congress has not provided an all purpose get-out-of-jail-free card for businesses that publish user content on the internet” even when a claim “might have a marginal chilling effect on internet publishing businesses.” [citing Internet Brands]

Every time a judge invokes the strawman argument that “Congress has not provided an all purpose get-out-of-jail-free card for businesses,” another puppy has a bad day.

The First Amendment discussion does not go any better for Airbnb. The court says SF’s ordinance regulates economic activity (because it focuses on the booking fee), not expressive activity. The “Ordinance was adopted to help enforce compliance with the registration requirement by ensuring that ‘hosting platforms do business with law-abiding hosts.'” The court distinguishes a long list of precedent cited by Airbnb because those cases “involved laws that plainly targeted and disfavored specific speech content or speakers. The law in this case stands apart as one that targets nonexpressive commercial conduct rather than speech content.” The judge eventually addresses the Central Hudson test for regulation of commercial speech but truncates the analysis, saying the ordinance regulates ads that are outside the First Amendment because the underlying transactions (unlicensed rentals) are illegal.

Airbnb also challenged the legitimacy of imposing strict liability for criminal violations involving speech dissemination. The court short-circuits the discussion because SF agreed to add a scienter requirement that wasn’t expressly in the statute. Among other odd aspects, the court doesn’t actually specify what scienter is required, so it’s great that scienter is required but I now have no idea how the statute actually reads in light of the court’s approval of SF’s unstated acquiescence.

San Francisco made two other concessions about the statutory language (“‘lawfully registered’ means the host has a registration certificate,” and “‘at the time it is rented’ means when the booking transaction occurs”). Let’s hear for well-drafted statutes that don’t require unapproved concessions from enforcement agencies to translate the legislature’s express words.

* SF’s Model Will Replicate Virally. If Airbnb can’t reverse this ruling, many cities/counties will replicate SF’s model to regulate Airbnb; just like many states copied NY’s “Amazon tax” after it survived a court challenge. I doubt the spread of SF-style regulation means “game over” for Airbnb, but it will almost certainly reduce Airbnb’s addressable market size. 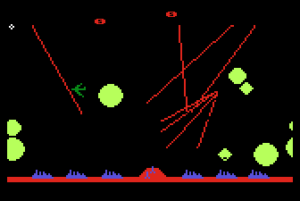 * Thousands of New Regulators Are About to Overrun Section 230. For the most part, sub-state regulators–cities, counties, school districts, water boards, etc.–have not tried to regulate the Internet. Some of this is due to Section 230 and the dormant commerce clause. The result, however, has been fortuitous for Section 230’s development. It’s meant that regulatory threats to Section 230 have come from a relatively bounded number of actors: Congress, the 50 states, federal agencies and state agencies. Handling this group has been tough enough, but the problem is about to multiply exponentially. Due to the sharing economy, more Internet companies are engaging in more obviously local activities, spurring local regulators to intervene. Once these regulators get a taste of regulating the Internet, they will not stop. This means that instead of regulatory threats to Section 230 coming just from 100 or so state or federal regulators, we’re about to newly unleash thousands of local regulators who have never heard of Section 230 and don’t care what it says. It reminds me of the old Missile Command game where the missiles keep multiplying until, at some point, they overrun all defensive capacity.

* The Distinction Between Third Party Content and First Party Conduct is Collapsing. Section 230 sets two outer boundaries. Intermediaries aren’t liable for third party content but they are liable for their first party conduct. That’s why a plaintiff can’t hold an online message board liable for a third party post but Congress can impose federal income tax on the message board. In general, plaintiffs have not successfully held defendants liable for the first-party conduct of providing editorial services to third parties. That’s too obvious a hack to Section 230.

However, the 3rd party/1st party line can be collapsed by focusing on other services that intermediaries provide to third parties in the process of publishing their content. In this case, SF focused on “booking services,” which is just a fancy way of saying that the statute treated Airbnb as the retailer and the judge bought into that characterization, even though Airbnb’s vendors retained the ultimate discretion of whether or not to accept a buyer’s reservation. So perhaps the lynchpin is that Airbnb provides payment services to its third party vendors, so these payment services were the first party conduct that can be freely regulated without running into Section 230. Of course, if providing payment services to third parties is a legitimate angle for regulators to regulate, it provides a target-rich regulatory environment.

* Verify-Before-Payment Obligations Will Proliferate. One obvious target is to impose verify-before-payment obligations similar to the SF ordinance’s structure. Here’s some examples of regulations that should be consistent with the court’s ruling:

– a city could require eBay/Amazon to verify that online vendors have a local business license before being allowed to “conduct business” in an online marketplace.
– regulators (or plaintiffs) could require that online marketplaces confirm that listed goods aren’t illegal or subject to recall before enabling the sale. For example, in the Hinton case, eBay avoided liability for recalled goods. This court’s holding seems to point in a different direction.
– marketplaces could face products liability, including negligence, for the sale of harmful items through the marketplace. See McDonald v. LG; compare Vesely v. Armslist.

At least according to this case, online classified ad services can apparently avoid these risks, so all online marketplaces need to do is completely revamp their business model and they’ll regain Section 230 immunity. Do you believe that? The California AG wants to impose criminal liability on online classified ads for illegal ads. Perhaps we are devolving into a situation where Section 230 falls away if there’s any payment from/for third parties engaged in illegal conduct.

I haven’t lost all hope yet. The Ninth Circuit still might save us from this particular tailspin. Until then, this case took another important chunk out of Section 230’s immunity.