John Fanning challenged the FTC findings that the website he developed, named Jerk.com, materially misrepresented its attributes. On appeal, the First Circuit affirms.

Jerk.com resembled Ripoff Report, but for people. The court’s description of the site and its offerings are worth quoting in full:

Jerk.com was a self-proclaimed reputation management website. Its homepage greeted users by asking them if they were “[l]ooking for the latest scoop on a world filled with jerks” and stated that “millions” of people “use[d] Jerk for important updates, business, dating, and more.” The homepage listed several benefits Jerk.com offered, including tracking one’s own and other people’s reputations, “enter[ing] comments and reviews for [other] people,” “[h]elp[ing] others avoid the wrong people,” and “prais[ing] those who help you.”

Jerk.com’s main feature was its profile pages. Each page corresponded with a particular individual and displayed that person’s name. The profiles allowed users to vote on whether someone was a “Jerk” or “not a Jerk” and displayed the total number of “Jerk” and “not a Jerk” votes received. Jerk.com users could also post anonymous reviews about a person, which were visible on that person’s profile page. By 2010, Jerk.com contained 85 million profiles pages. Very few of these profile pages had reviews posted and those reviews that were posted were largely derogatory.

Jerk.com also had a “Remove Me!” page, which stated that individuals could “manage [their] reputation and resolve disputes” regarding content on their profile pages through a paid subscription. The “Remove Me!” page contained a link to a separate subscription page where users could enter their billing and credit card information to purchase a $30 membership. The subscription page reiterated that only paid members could “create a dispute” about the content of a profile.

Misrepresentations regarding the source of content: The FTC asserted that Jerk.com falsely claimed that the profile pages were “user generated” rather than pre-populated by Jerk. While the site never actually said its profiles were user-submitted, the court says that the language employed by the site would lead reasonable consumers to believe this is the case. Interestingly, the court says even the “post a jerk” functionality may lead users to believe that a bunch of Jerk content is user-submitted.

Fanning took issue with the Commission’s reliance on its user agreement terms, which provided (for example) that users and not the website (Jerk) are responsible for content they post. The court agrees that these types of disclaimers can’t form the basis for misrepresentations about the source the content, but these were not viewed in isolation. When viewed in context, these statements contributed to the “overall net impression” that the profile pages were user generated.

Fanning also argued that even if the site misrepresented the source of content, this was not material. The court disagrees, and says that a misrepresentation need not be tied to something that is for sale:

The court says that “a consumer’s belief that Jerk.com had many users or that an acquaintance made his or her profile page would influence that consumer’s decision to use Jerk.com or purchase a membership.”

Did the site misrepresent the benefits of membership?: The court also affirms the FTC’s findings that the benefits advertised by the website (reputation management and dispute their profile pages) were misleading. For example, two investigators paid money to the site and never heard back. Fanning tried to argue that there was insufficient evidence this was a widespread practice, but his conclusory allegations that the site provide benefits to others was insufficient.

Scope of the injunction: The Commission entered an order barring the site and Fanning from “misrepresenting the source of any content on a website” and the benefits of joining a service. Fanning objected to this restriction on First Amendment grounds, but the court says that the Commission may ban misleading commercial speech.

The Commission order also required Fanning to maintain records of any advertisements covered by the order (any time he represents the source of a website’s content). The court says this is reasonably related to the violations in question. The order also required Fanning to give a copy of the order to the principals, officers, and agents of any “current and future employers” having responsibilities with respect to the subject matter of the order. It also required him to notify the Commission of any new affiliation and submit the address of the business (with whom he affiliates). The court says the first restriction is appropriate, given that it’s tied to the order, but the second one is overbroad (it’s not restricted to violations of or responsibilities under the order).
__

Uh oh. Social networking sites often are populated with content to encourage users to post (I’ve heard it called “seeding”). Sometimes sites gather content from elsewhere (e.g., via scraping). There are high profile examples of this. Does this now mean that such sites have to have disclaimers letting users know that 100% of their profiles are not user-submitted?

The Commission and the court make certain assumptions about the expectations of a user generated site’s consumer. While not explicitly stated, it’s clear they are using the lowest common denominator (or least sophisticated consumer approach).

The court’s reliance on stray statements and product features to support its conclusion was somewhat troubling. It’s something that we have flagged before, but I’m not sure we want the FTC to be in the web-app design business!

The design of the website is intriguing and in theory tries a variant of Ripoff Report’s model (people can say bad stuff about you and if enough people speak up, eventually, the site can be a database of people to stay away from). Even without the possible mischief such a site can cause, I’m not sure we would want such a resource, but it’s an interesting idea to ponder, apart from the obvious Section 230 legal questions.  Obviously, the implementation here was flawed fundamentally, but I can see someone else trying to do this. (Numerous sites already exist in niches. Primarily, in the “cheating” space.)
__

“Pay-to-remove” sites are categorically sketchy. Maybe they aren’t illegal, but they suffer an incurable conflict-of-interest when dealing with their paying customers. This is why I don’t view these sites as credible, and I keep waiting for Google to drop the hammer on them and downgrade their rankings due to their credibility problem.

To the extent that “pay-to-remove” sites advertise that they will remove content for a fee and then don’t, that’s an easy case of deception. Based on the FTC’s allegations, I have little quarrel with the second deception claim over the purported benefits of membership.

In contrast, I have issues with the FTC’s deception theory about Jerk.com’s content source misrepresentation. As we know, the FTC hates inauthentic content online, so this enforcement action is consistent with the FTC’s long-term initiative to help online readers know why they are seeing the content that they are seeing. Unfortunately, as we also know, the FTC will never win this battle. Readers routinely misapprehend or don’t understand why they are seeing particular content items, and no degree of FTC exertion will fix that.

In this case, there is pitifully thin evidence that Jerk.com “deceived” consumers into believing that the site content was purely user-generated. Jerk.com hoped to become a user-generated content website, so it wrote its terms that way. Had more people participated with its service, then it all would have been true. So apparently Jerk.com didn’t say loudly enough that, at its ramp-up stage, it contained a mix of scraped and user-generated content.

You know who else could have been accused of similar behavior? Yelp in its early days. Recall that Yelp paid contractors to write reviews in newly covered cities. And don’t forget that Yelp paid folks to stroke the ego of early reviewers. Did Yelp skate by because the FTC didn’t notice or graced it with prosecutorial discretion? Given Yelp’s recipe for success, I assume new review websites routinely follow similar practices. Perhaps the FTC will give them some leeway so long as they don’t adopt an in-your-face name like Jerk.com.

In any case, this ruling is an exemplar for attorneys who want to discourage clients from cutting-and-pasting other services’ user agreements. If a client grabs the wrong user agreement template designed for a different user relationship and doesn’t properly edit out all of the incorrect assumptions, the FTC will view that as deceptive. Good to know.

Finally, the court largely endorsed the FTC’s remedies, which I’m sure they are thrilled about. However, even this court couldn’t stomach the FTC’s demand to know every single one of Fanning’s business affiliations, regardless of relevance to the practices at issue in this case. (Here’s the exact language: “respondent John Fanning, for a period of ten (10) years after the date of issuance of this order, shall notify the Commission of the discontinuance of his current business or employment, or of his affiliation with any new business or employment. The notice shall include respondent’s new business address and telephone number and a description of the nature of the business or employment and his duties and responsibilities.”). The FTC taking overreaching positions…? 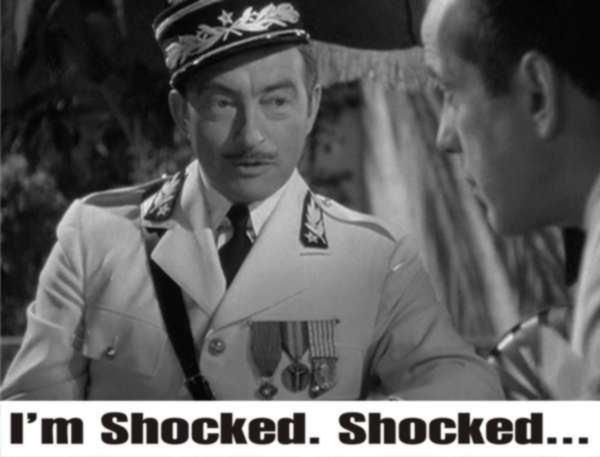