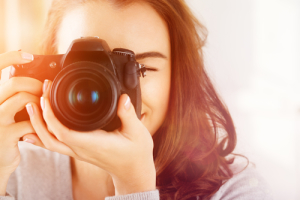 [Note: inexplicably, over at Forbes, this became my most-read blog post ever, with about a quarter-million views–even though it’s a short, breezy and quickly written post that I posted during the dead time of Sunday mid-morning.]

Before the Internet, people used to make slides of their vacation photos and invite friends and neighbors to a slide show party, which always seemed to be more fun for the hosts than the guests. Nowadays, we feel compelled to post our vacation photos to Facebook and show the world what a great life we lead. Collectively, the omnipresence of our friends’ vacation photos makes our society a little sadder, as we are reminded daily that someone else is having more fun than we’re having right now.

Despite their ubiquity, could posting our vacation photos to Facebook cause us to lose our jobs? You betcha.

Rodney Jones worked for Accentia Health and Rehabilitation Center of Tampa Bay (a long-term skilled nursing facility) as the activities director. He needed shoulder surgery and was granted 3 months of medical leave per the Family Medical Leave Act (“FMLA”). At the end of that period, the doctor said Jones needed more recovery time. Jones said he could return to do light duty, but the employer instead gave him a 30 day non-medical leave and required a “Fitness for Duty Certificate” before coming back to work.

During the 30 day extension, Jones twice visited the Busch Gardens Theme Park in Tampa and took a 3 day holiday to St. Martins. He posted photos of these activities to Facebook, “including a picture on the beach, posing by a boat wreck, and a picture of Plaintiff wading/swimming in the ocean.” When he returned to work, Accentia fired Jones. The supervisor said “he terminated Plaintiff due to the poor judgment Plaintiff exhibited as a supervisor and the negative impact that his Facebook posts and text messages had among the associates as Accentia Health.” Jones believes he was fired because his supervisor thought Jones had abused his FMLA leave.

Jones sued Accentia alleging that it interfered with his FMLA leave and retaliated against him for taking it. Although the opinion cites several facts suggesting Accentia’s explanation for Jones’ firing was pretextual, the court showed zero sympathy towards Jones’ legal arguments and dismissed the case.

We probably overshare our photos on social media, but this case doesn’t indicate we should never post vacation photos to Facebook. Nevertheless, as we’ve seen many times, employers can and do routinely fire employees for their social media posts. Thus, before you post to social media, it’s always a good idea to think about how your employer will react to your posts. That seems especially important if you have any special accommodation from your employer–even if that accommodation is legally required. Far too frequently, we’ve seen plaintiffs tell one story to the judge or their employer and another story to their social media friends, with unsurprising bad outcomes when the duplicity is exposed. It’s hard to tell if Jones was being duplicitous about the need for a medical leave, but obviously the employer felt the Facebook photos indicated that he was. So if Jones had chosen to enjoy St. Martins without the assistance of his Facebook friends, he very well might have kept his job.

BTW, feel free to check out my Flickr page to see my vacation photos (said without any trace of irony…).