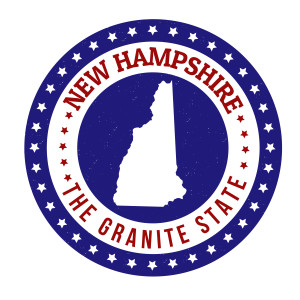 I don’t often blog cases where New Hampshire figures so prominently, so this is a shoutout to all of my New Hampshirian/New Hampshirite friends!

The litigants are competitor schools that train tradespeople such as plumbers and gas fitters. Granite State Trade School is the incumbent, founded in 2006, and runs its website at granitestatetradeschool.com. The New Hampshire School of Mechanical Trades is the newer marketplace entrant from 2012, and it’s outspending Granite State on advertising. When preparing NHSMT’s television commercials, it was suggested that its domain name “TNHSMT.com” was a mouthful. As a result, NHSMT also adopted the domain names nhtradeschool.com and nhtradeschool.net for simpler pronunciation. It then promoted these URLs in its advertising, though the URLs just rolled over to its main domain name tnhsmt.com. Granite State brought a trademark lawsuit over the “nhtradeschool” domain names.

Descriptive Trademark. The plaintiff’s purported trademark, “Granite State Trade School,” is a geographic mark, so it requires secondary meaning to achieve distinctiveness. The court repeatedly says distinctiveness is a “close call,” but it concludes the trademark achieved distinctiveness. In support of this conclusion, the court notes that the business has been around since 2006 and had the market to itself for the first six years, it has spent $58k on advertising since 2007 (an impressively small number–more on that in a moment) and, perhaps most persuasively, that NHSMT’s co-founder “candidly admitted that members of the trade community in New Hampshire associate the term “Granite State” with Granite State Trade School specifically, rather than with a generic trade school that happens to be located in New Hampshire.”

Likelihood of Consumer Confusion. The court then turns to consumer confusion. If the court rotely applied the multi-factor test, NHSMT could be in trouble because several factors measure the parties’ competitive proximity. Still, there is the nagging problem of mark dissimilarity. “Granite State Trade School” and “NHTradeSchool.[TLD]” differ in sight and sound, so Granite State emphasized the similarity of their semantic meanings. The court says this isn’t good enough:

While New Hampshire is proudly known far and wide as the Granite State, the URL www.granitestatetradeschool.com is simply not similar enough to www.nhtradeschool.com (or .net) to risk confounding an appreciable number of reasonably prudent purchasers exercising ordinary care.

When I first saw this chart, I looked for a legend saying that these numbers are in hundreds or thousands. Nope–WYSIWYG. When I realized that, I had a brief case of the chuckles. 2-4 social media referrals a month??? Total traffic of under 2,000 visits a month? Whoa, New Hampshire really IS a small state!

Granite State alleged, based on this traffic chart, that NHSMT must be siphoning off confused searchers because Granite State’s organic search referral percentage dropped from 73% in February to 31% in June. I’m generally skeptical of correlation-causation issues when trying to explain website traffic decreases, but here, this looks more like a misreading of the data. The court correctly notes that the percentage drop on the (comparatively) substantial expansion of referrals and direct traffic, which marketers normally view as good news. Meanwhile, the number of organic search referrals doesn’t materially change, so the percentage drop of search referrals is due to a growth in total website traffic. This is allegedly evidence of trademark confusion??? In an understated conclusion, the court says that “this is not compelling evidence of actual consumer confusion.”

I asked plaintiff’s counsel, Frank Spinella, to try to explain the web traffic issue to me. He wrote back:

The web traffic analysis presented by plaintiff’s expert showed overall traffic stable or even increasing in the Spring of 2015, but showed “organic” hits — essentially, Google-generated clicks — decreasing dramatically, both in real numbers and as a percentage of the whole. This suggests that search engine results were leading searchers to click links to defendant rather than to plaintiff. We tried to portray this as evidence of confusion between the marks. The Court was unconvinced.

Sorry to be a stickler, but this purportedly “dramatic” decrease was from a high of 748 visits in March to 439 in May–a decrease of about 300 visits for the entire month, or 10 visits/day. And the plaintiff’s own data also showed that the traffic went from 596 in February to 569 in June–basically, flat traffic. These kinds of microscopic traffic changes are entirely consistent with random volatility in search engine traffic, and I still can’t see any possible way to pin causality on the erosion of consumer free will.

The court denied Granite State’s motion for a preliminary injunction. According to plaintiff’s counsel, “Given the cost of acquiring the survey evidence that plaintiff would need in order to demonstrate confusion, plaintiff has decided to settle, and will drop its case in exchange for defendant dropping its counterclaim (which defendant has agreed to do).” Live free (of wicked weak trademark lawsuits) or die!

While it makes sense for the parties to stop fighting in court, especially to avoid a costly consumer survey, the high litigation costs of this case were 100% foreseeable from the beginning. As a result, I question Granite State’s decision to initiate the litigation. Recall the mockably small traffic numbers. Granite State hoped to recapture the “lost” 300 visits/month. How much money did it spend on legal fees chasing that small amount of traffic? Also recall that Granite State spent less than $10k/yr on advertising–a small fraction of the legal fees it presumably to bring this lawsuit. Did Granite State have more profitable ways to spend those legal fees, such as boosting its ad budget many-fold?