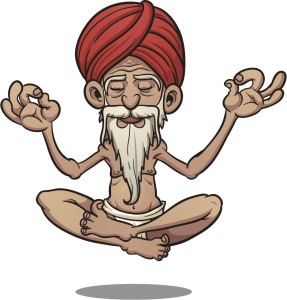 I previously blogged about US v. Bradbury, a prosecution for Facebooking allegedly jocular threats to blow up buildings and kill government officials. (See: “When Can Defendants Defeat A Criminal Threat Prosecution By Claiming They Were Joking? Not Often”.) Bradbury was convicted following trial, but he may appeal given that the case revisits issues raised and left unresolved by US v. Elonis. In the meantime, the court issued an order memorializing its earlier ruling on a motion to exclude an expert witness.

The witness, Dr. Kyra Gaunt, was offered as “an expert in social media to testify about the general behavior of Facebook users. [She would offer] testimony as to how Facebook users interact with the platform and how Bradbury, in particular interacted with Facebook.” The government moved to exclude. The court allows the witness.

Dr. Gaunt has a Ph.D in Ethnomusicology and is currently a professor at Baruch College. She has “published extensively” on the intersection of race, gender, and YouTube. She also:

[r]esearched how people use social media. . . . She testified at length about the work she has done to-date studying patterns of Facebook users. In a nutshell Gaunt specializes in the unintended consequences of peoples’ activity on social media .She looks at both what a person actually posts and what others say about the person online—in her words, the person’s digital “footprint” and digital “shadow”.

She apparently has been collecting data from her students about their Facebook students for the past 7 years (about 60-90 students a semester). In 2012 she started publishing her analysis of the data.

The court says this qualifies her to opine on the “general behavioral patterns” of Facebook users. Cf. Facebook article noting that “haha” has replaced “lol”. However, she’s not able to opine on Bradbury’s specific patterns, “much less his intent behind one specific post.” Even if she had sufficient data, the court says it would exclude her opinion as to intent because it would conflict with Evidence Rule 704(b) (expert can’t opine on mental state).

The court says that it found her testimony about the general patterns of interaction helpful to the jury and to the court as well:

I found her testimony to be helpful to my own understanding of how Facebook works and how users interact with it.

This testimony (about general patterns) was permitted and does not go to the ultimate issue of his intent.

I had not come across a so-called Facebook expert previously, but it makes sense that such experts would exist. Expert witnesses are available to shed light on the full spectrum of activities online, from SEO to consumer decisions to click on a link. As a lawyer involved in deciding whether to offer an expert and picking among various experts, the options can be dizzying, and I often end up questioning their utility. But even in a civil case, you feel like you have to jump through all the hoops, even if it often seems like a questionable expenditure of resources.

Something strikes me as worrisome in having expert testimony influence the topic of whether something is a threat worthy of prosecution. But the defendant’s lawyers offered her testimony, so they must have seen something that would be useful to defuse the language used by the defendant.

Related post: “When Can Defendants Defeat A Criminal Threat Prosecution By Claiming They Were Joking? Not Often“