May 7, 2015 · by Eric Goldman · in Copyright, E-Commerce, Licensing/Contracts

On Tuesday, May 5, an eleven-judge en banc panel of the Ninth Circuit held that California’s Resale Royalty Statute, Civil Code § 986, could not Constitutionally be applied to sales of works of art that occurred outside of California, even if the seller resides in California, because doing so would violate the Dormant Commerce Clause. See Sam Francis Foundation v. Christie’s, Inc., 2015 WL 2059003 (9th Cir. May 15, 2015). The Dormant Commerce Clause is implicit in the Interstate Commerce Clause, which empowers Congress “to regulate Commerce with foreign nations, and among the several States.” U.S. Const. art. I, § 8, cl. 3. By negative implication, the Commerce Clause prevents the states from enacting laws that discriminate against or unduly burden interstate Commerce. Unlike the District Court, however, the Ninth Circuit held that the provision regulating sales outside of California could be severed from the rest of the statute, leaving a statute that applies only to sales occurring inside of California. It therefore remanded the case to the three-judge panel to render an opinion on the other two challenges to the statute; namely, that the statute is an unconstitutional “taking” of property, and that it is preempted by the 1976 Copyright Act.

When an artist sells a painting or sculpture for a small amount of money, and years later the buyer resells the painting or sculpture for a large amount of money, who benefits from the appreciation in the value of the artwork?  In the United States, under the doctrine of exhaustion (also known as the first sale doctrine), the buyer reaps the entire amount of the appreciation, and the artist gets nothing.  As codified in 17 U.S.C. § 109(a), the doctrine provides that the owner of a particular copy of a work can sell or otherwise dispose of the possession of that copy without the permission of the copyright owner.  (The word “copy” is defined to include the original rendition of the work, such as the original canvas painting or the original marble sculpture.) In other words, the copyright owner’s intellectual property rights in that copy are exhausted upon first sale (or other transfer of ownership) of the item to the initial buyer.

The rule in the European Union is different.  Under Directive 2001/84/EC of 27 September 2001, on the resale right for the benefit of the author of an original work of art (the Resale Right Directive), each member state must provide the author and his or her heirs with “an inalienable right, which cannot be waived, even in advance, to receive a royalty based on the sale price obtained for any resale of the work, subsequent to the first transfer of the work by the author.” (This right does not apply if the buyer bought the work less than three years before and the resale price is less than 10,000 €.)  Member states may exempt resales at a price less than 3000 €.  For resales above the minimum price, there is a 4% royalty on the first 50,000 €, and a smaller percentage on successive amounts, up to a .25% royalty on the amount exceeding 500,000 €; however, the total amount of the royalty may not exceed 12,500 €.  The resale royalty right (also known as the droit de suite) lasts for the duration of the copyright. 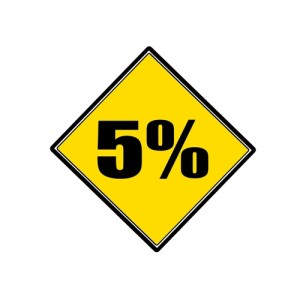 Uniquely among the 50 states, California also has a resale royalty statute.  California Civil Code § 986 provides that if a work of fine art is sold, “and the seller resides in California or the sale takes place in California,” then the seller or the seller’s agent owes the artist a 5 percent royalty on the resale price.  The resale royalty does not apply to a) sales for less than $1,000; b) sales for less than the price the seller paid to acquire the work; or c) sales by an art dealer within 10 years of the initial sale by the artist to an art dealer, if all intervening sales were by art dealers. The royalty applies for the life of the author and 20 years after the death of the author (if the author died after January 1, 1983, the effective date of a 1982 amendment).  It may be waived only by a written contract that provides for a resale royalty of greater than 5 percent. If the work is sold by an agent, the agent is directed to withhold 5% of the proceeds and to locate the artist. Either the seller or the seller’s agent may be held liable for failing to comply with the statute.

It is widely acknowledged that the California statute has been, in the words of Hamlet, “more honored in the breach than in the observance.” (A 2011 New York Times article estimated that only 400 artists had received royalties totaling $328,000.) Not surprisingly, therefore, there was widespread interest when the Sam Francis Foundation and the Estate of Robert Graham brought three class-action lawsuits, against eBay and the auction houses Christie’s and Sotheby’s, for failure to collect the 5% royalty on behalf of the sellers, as directed by the statute. The defendants moved to dismiss on three grounds: violation of the Dormant Commerce Clause, an unconstitutional taking, and preemption by the Copyright Act. The District Court held that the statute violated the Dormant Commerce Clause on its face, and that the provision was not severable from the rest of the statute, rendering the entire statute unconstitutional. See Estate of Graham v. Sotheby’s, Inc., 860 F. Supp. 2d 1117 (C.D. Cal. 2012). As a result, it did not address the other two issues.

On appeal, the Ninth Circuit took the unusual step of granting a rehearing en banc without the initial three-judge panel having issued an opinion. The eleven-judge en banc court held that the statute could not be applied to sales taking place outside of California, even if the seller resided in California. It relied on settled Supreme Court precedent, which states that “at a minimum . . . the Commerce Clause precludes the application of a state statute to commerce that takes place wholly outside of the State’s borders, whether or not the commerce has effects within the State.” Healy v. Beer Institute, 491 U.S. 324, 336 (1989). Unlike the District Court, however, the Ninth Circuit held that the provision was severable. The statute contains a severability clause, Civil Code  § 986(e), and it makes perfect grammatical sense without the offending clause. The statute as enacted imposes a resale royalty if “the seller resides in California or the sale takes place in California.” Civil Code § 986(a). Excising the offending provision leaves a statute that imposes a royalty only if “the sale takes place in California.” There is no Commerce Clause barrier to imposing a royalty on sales that take place entirely within California. (Determining where an internet sale “takes place” may, of course, raise some difficult factual questions; it may be that both the seller and the buyer must be located in California if the auction does not take place in person.) Indeed, the severability clause was added after the Legislative counsel warned that applying the statute to sales outside California would likely violate the dormant Commerce Clause. The court therefore held that the statute could be applied to sales occurring wholly within California, and it remanded the case to the three-judge panel to determine the remaining issues.

Two judges (Berzon and Pregerson) concurred in the majority’s holding “as applied to out-of-state art sales conducted by out-of-state agents.”  They criticized the majority for going further and invalidating the statute as to out-of-state sales by California residents. All of the defendants were sued as sales agents; none of the parties to the case were sellers who resided in California. These judges would decline to decide whether the Act directly regulates sales that occur outside California, or whether it only regulates the proceeds of those sales, which would be the equivalent of taxing the income of a California resident.  One judge (Reinhardt) agreed that the statute was unconstitutional as applied to out-of-state agents, but he dissented on the issue of whether California could order its residents to pay a 5% royalty on out-of-state sales.

(Judge Reinhardt also cited an opinion of the California Attorney General that states: “eBay does not act as an ‘agent’ for either the seller or buyer during the auction bidding process.” As a result, eBay should not be liable under the statute in any case.)

The preemption issue is a bigger hurdle. As noted above, the Copyright Act gives the buyer of a particular copy the right to resell that copy “without the authority of the copyright owner,” and without paying the copyright owner any royalty. 17 U.S.C. § 109(a). The California statute does not purport to give the author or his heirs the right to prevent the resale, but it does purport to give them a right to share in the proceeds.  In Morseburg v. Balyon, 621 F.2d 972 (9th Cir. 1980), the Ninth Circuit held that the California statute was not preempted by the 1909 Copyright Act, on the dubious theory that California merely supplemented the federal statute by providing an additional right, rather than conflicting with it. The Court expressly noted, however, that it was not deciding the issue under the express preemption provision of the 1976 Copyright Act, 17 U.S.C. § 301(a). That provision expressly preempts any state laws that provide rights “equivalent to” any of the exclusive rights provided by the Copyright Act, in works of authorship that are “fixed” and come within the general subject matter of the Act. Under some approaches, a resale royalty statute would be preempted, because it is violated merely by the act of distributing a copy “by sale,” which is one of the exclusive rights provided in 17 U.S.C. § 106. Moreover, a resale royalty might be deemed to conflict with the right of a purchaser to dispose of his copy “without the authority of the copyright owner.” Both the Nimmer and Patry treatises opine that the California statute should be preempted, and a 1992 Copyright Office Report so concluded as well. See Register of Copyrights, Droit de Suite: the Artist’s Resale Royalty 77-86 (Dec. 1992).

There also have been recent proposals to adopt a resale royalty statute at the federal level (which, obviously, would not be subject to preemption). See The American Royalties Too (ART) Act, H.R. 1881 and S. 977. Although the Copyright Office declined to endorse enactment of a federal resale royalty in 1992, more recently it reversed itself and tentatively endorsed such a law as one possible measure to benefit visual artists. See Copyright Office, Resale Royalties: An Updated Analysis (Dec. 2013).