No Spam Lawsuit When Plaintiff Asked For The Emails–Beyond v. Kraft

Beyond Systems initiated this spam lawsuit. 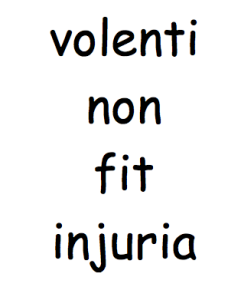 The court characterizes Beyond Systems as (barely) an internet service provider. Beyond was owned by Paul Wagner and its servers were kept at his parents’ Maryland residence. As mentioned by the court, not only did Paul’s company bring various spam lawsuits, but Paul’s brother Jim Wagner owns Hypertouch, Inc., an ISP based in California that is also a frequent spam plaintiff.

Beyond sued Kraft in Maryland alleging that it received emails that violated Maryland and California anti-spam laws. The court said that Beyond could not sue on a chunk of the emails because they overlapped with emails that were the subject of a settlement agreement between Hypertouch and Kraft. As to the remaining emails, the district court first considered whether Beyond Systems was an ISP under California and Maryland law. The court next considered whether Beyond was a “bona fide” ISP. The jury answered the latter question “no.” (Blog post on the district court ruling following the jury trial here: “Another Spam Litigation Factory Unravels –- Beyond Systems v. Kraft“.)

Beyond Systems appealed. The court invokes the Latin phrase “Volenti non fit iniuria,” which roughly translates into “to a willing person it is not a wrong.” The court says it’s “overwhelmingly” clear that Beyond consented to the emails and actively sought them out: it created a fake email addresses solely as a “spam trap” for gathering spam; it embedded these addresses in websites so they were discoverable only by bots and scrapers; it increased its storage capacity so that it could receive and house more spam; and it routed spam between California and Maryland so that it could take advantage of both states’ anti-spam laws.

The court’s ruling picks up on concurrence of Judge Gould from an earlier key spam case, Gordon v. Virtumundo. There, the court said that someone could not sue under CAN-SPAM unless they were the provider of an “internet access service” AND were “adversely affected”. While the two judge majority said that the plaintiff in that case did not satisfy either criteria, Judge Gould had a slightly different rationale. He said, as the court did here, that someone who manufactures a claim cannot sue.

Ouch. I don’t have much to say beyond what I said about the trial court ruling:

It’s also heartening overall to see the legal system’s ability to sniff out litigation factories. Beyond (and Hypertouch) have filed a lot of lawsuits over spam emails. These are emails that Beyond admitted in this trial were collected purposefully. In fact, taking their argument to its logical conclusion, they would be able to route “the same email . . . to every state that has an anti-spam statute” and then file lawsuits based on these emails in different jurisdictions. They generated a nice quantity of settlements, but ultimately someone decided to put up a fight, and in the ensuing trial, the facts came out. A lot of resources were spent (and settlements paid) along the way, but the system ultimately put an end to the litigation gravy train.

Courts have a variety of tools at their disposal to quash non-meritorious claims, and it is no surprise that the court rejected Beyond’s claims here. I assume defendants have already or will shortly be exploring the fee and cost-shifting opportunities.

Just who is an Internet access service provider under CAN-SPAM?