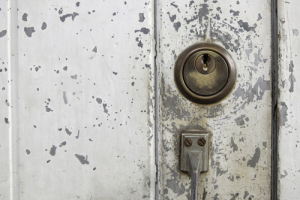 This is an easy Section 230 win for Google. The court says:

The immunity extends to all information posted that does not originate with the defendant…A publishing website is immune under the CDA even when given notice that it has published false information.

Here, any false information came from the unlicensed locksmiths. Ergo, Section 230. You might have expected the court to stop there, but no.

Baldino’s alleged that Google and the business directories were a RICO. Even if true, the court should have said that any civil claim based on a federal crime is preempted by Section 230. See Hinton v. Amazon, Doe v. Bates, Obado v. Magedson, MA v. Village Voice, Dart v. Craigslist and GoDaddy v. Toups (sigh).

Instead, the court rejects the RICO claim on its merits. Baldino’s lacked standing because it didn’t detrimentally rely on the misinformation, and Baldino’s didn’t allege facts with sufficient specificity/particularity to support the substantive claim elements.

The court also rejects the Lanham Act false advertising claim on its merits. The court apparently thought the claim fit into the IP exception to Section 230–another mistake. The court’s explanation smacks of Section 230 even though it’s not talking about Section 230:

the unlicensed and illegal locksmiths are the advertisers that made representations that appeared on the Defendants’ websites. To hold Defendants liable for misinformation appearing on their websites, which originated with third parties, is a drastic conclusion the Court declines to endorse. The Court believes the market incentive for Defendants to provide correct information to consumers is a better tool for accuracy than the Lanham Act.

No arguments from me on the policy conclusion, but I’d need to research the Lanham Act false advertising cases to see if this is actually consistent with the law (I’m pretty sure it isn’t).

For a better handling of Section 230 and false advertising, see American Income Life Ins. Co. v. Google, Inc., 2014 WL 4452679 (N.D. Ala. Sept. 8, 2014), a case that has festered in my blogging queue for 5 months. The plaintiff’s real target was the negative coverage of it on PissedConsumer and Scam.com, but it sued Google under Alabama’s Deceptive Trade Practices Act for indexing the allegedly false coverage. The court said that Google qualified for Section 230 because “plaintiffs’ Complaint fails to allege that defendant Google created the content that plaintiffs’ contend disparages American Income Life.” This would also have been true in the Baldino’s case.

← Are Facebook Photos More Discoverable In Litigation Than Other Social Media Content? (Forbes Cross-Post)
No Spam Lawsuit When Plaintiff Asked For The Emails–Beyond v. Kraft →
Subscribe to Blog via Email
Categories