Hoang vs. IMDb, a case we’ve covered closely on the blog, had oral arguments before the Ninth Circuit panel last Friday. The appeal focused on several procedural issues, such as:

The argument focused on many interesting issues around IMDb’s privacy policy as well, including whether the policy applied to information Ms. Hoang supplied when she paid (which is where IMDb allegedly got her real name which it then used to look up her age) and whether Ms. Hoang’s request to fix her listing encompassed IMDb looking up and updating her real age:

We use the information that you provide for such purposes as responding to your requests, customizing future browsing for you, improving our site, and communicating with you. 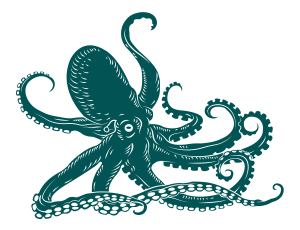 A similar question was what it meant to “share” information, and whether by using Ms. Hoang’s real name and conducting a search on a “private eye” online database, the IMDb customer service representative had “shared” that information with a third party. There was a bit of back-and-forth between one of the judges and Ms. Hoang’s lawyer on this point, and an observer could not help wonder whether a judge who did not grow up in a Snapchat era could easily make the leap as to why inputting a search term may be the same as sharing, and why it may be a bad thing to employ a narrow definition of sharing in this context. The best analogy–and one I’m guessing Ms. Hoang hopes the panel sees–is that a many-armed corporation has access to a wide range of personal information which, if combined, could result in knowledge of a personal profile that people would rather keep private (perhaps not too much of a stretch, given that IMDb is owned by Amazon). Hoang’s best argument is probably that abuse in this particular case may not have resulted in catastrophic harm, and perhaps was not even mal-intentioned, but if companies with access to lots of data–such as Amazon–are allowed to push the envelope on their privacy practices, this will result in an overall loss of personal privacy.

Of course, the flip side is that Ms. Hoang was not entirely truthful with IMDb, and perhaps it was not unreasonable for IMDb to respond to her request to fix the situation by determining her accurate information and then listing her correct details. (The question of whether Hoang’s obligation to be truthful was a “concurrent” condition or a “dependent obligation” was surprisingly interesting). The argument also focused on something typical in privacy cases: whether the plaintiff had been truly harmed. In Ms. Hoang’s case, that translated into whether the disclosure of her true age had affected her acting prospects, which IMDb claimed were not so good to begin with. As is the case in privacy disputes, it’s probably tough to divorce the harm from whether she should prevail at all. As noted in earlier posts about the case, the lack of economic harm is undoubtedly an obstacle for Hoang. The appeals court may have trouble seeing why the breach really mattered.

It’s always foolish to try to predict the result following oral argument, but I could see the panel affirming the judgement with a concurring opinion separately flagging some troubling privacy implications.

The Ninth Circuit helpfully posted the oral argument video to YouTube, and it’s worth watching:

Check out Eriq Gardner’s recap of the argument as well: “Appeals Court Hears the Scary Things That Can Happen to Actors Who Lie to IMDb”