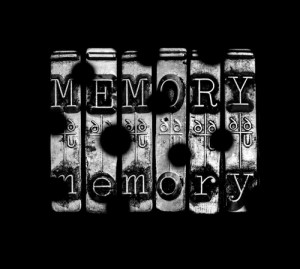 The Texas Commission for Lawyer Discipline initiated a proceeding against lawyer Calvin Jackson of League City, Texas, but the commission later changed its mind and dropped the suit. Jackson then asked to expunge the action (what the court calls “expunction,” a new word of the day for me). The lower court agreed and extended the order to Google, who hadn’t been a party to the litigation. I haven’t seen the text of the lower court’s order, but the appellate court summarizes:

The motion identified Google, among others, as an entity that “may have records pertaining to Jackson in connection with the disciplinary action and which are subject to expunction.” The motion asked the trial court to require all parties that he had identified to have relevant records to expunge those records.

The court never says so explicitly, but the only relevant records in Google’s possession are its search results. Therefore, this is a basic “search results erasure” request–just like the kind we’re seeing in the EU (41,000 at last count). After Google learned that its name was being bandied about in a Texas state court, it appealed the expunction order on numerous grounds, including the First Amendment, Section 230, due process and others. The court resolves the matter on procedural grounds:

It is clear from the record that Google was never named as a party to the suit, was never served with process, never waived or accepted process, and never made an appearance in the suit before the expunction order was entered. Nothing in the record establishes that Google stands in privity to the Commission or to Jackson. Accordingly, we hold that Google was not a party to the suit and that the trial court lacked jurisdiction to enter orders against Google.

The court declines to address Google’s substantive objections, but surely those will come up–inevitably in Google’s favor–if Jackson decides to push the matter.
___

Jackson’s expunction efforts are basically attempting to create a “right to forget” that the disciplinary proceeding ever happened. We don’t have a general “right to forget” in the United States, and indeed, government proceedings typically become a permanent part of the public record. However, in limited circumstances we will wipe away official government proceedings, and I infer the Texas lawyer disciplinary system has a mechanism for that. We might even understand the logic; a lawyer’s professional reputation can be marred by disciplinary investigations that aren’t meritorious (under the “where there’s smoke, there must be fire” mode of client thinking).

At the same time, the commission’s aborted disciplinary proceedings raises other questions. Why did they initiate the proceeding, and what made them change their mind? I could imagine a variety of explanations: politics, zealotry, bias, bad decision-making, and many others. We can’t even recognize those questions, let alone begin to answer them, if the record gets wiped.

Fortunately, the Southeast Texas Record reported on the commission’s proceeding against Jackson, and Google helped me find the article by indexing it. Our constitution says that neither the Southeast Texas Record nor Google can be forced to make a different editorial decision, and Section 230 reinforces that outcome for Google. See the O’Kroley case (perhaps not coincidentally, also involving the desired suppression of a different Texas legal proceeding).

I imagine Jackson’s request reaches a different outcome under the EU’s erasure obligations. The Southeast Texas Record article can’t be scrubbed, but at minimum Jackson could force Google to de-index the article for the search query “Curtis Jackson” (which, of course, is how I found the Southeast Texas Record article in the first place). So given the different treatments of search results in the US and EU, we effectively will be running a massive A/B test where we’ll have more readily information available in the United States than in the EU. I won’t prejudge the results of this grand social experiment, but I am glad to be on this side of the A/B test.