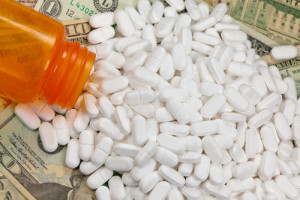 Andrew Witkoff wanted to buy the prescription pain-killer drug Oxycodone (a/k/a OxyContin, commonly called Oxy). He found Daniel Park on the Topix online message board. Andrew purchased Oxy from Park and fatally overdosed on the drug. Andrew’s parents sued Park for Andrew’s death. They also sued Topix, asserting that Topix is “the Internet’s most prominent bazaar for trafficking in illegal drugs, including heroin, cocaine, Oxycodone and others.” They claimed that Topix constituted a nuisance because Topix “knowingly, willfully and intentionally operat[ed] its business in a manner that facilitates extensive trafficking in illegal drugs.”

Not surprisingly, the court quickly dismissed the lawsuit. In 1996, Congress enacted a law, 47 USC 230 (Section 230), that says websites aren’t liable for third party content. It applies to this lawsuit because Topix’s only role in Andrew’s death was allowing Park and Andrew to communicate with each other. As the court says:

Plaintiffs seek to impose liability on Defendant for conduct by third party users who utilize Defendant’s website and forums, and that is not permissible under the immunity provided by Section 230.

This ruling is consistent with two strands of Section 230 rulings. First, Section 230 immunizes websites from liability for third party ads. I don’t believe Topix got paid for running Park’s ad, but Section 230 would have applied even if it had. For example, Craigslist and Backpage qualify for Section 230 immunity even when they get paid to run ads for online prostitution. However, if Park’s messages were properly characterized as ads, Topix might have faced some risk of violating federal criminal law against publishing ads for illegal pharmaceuticals. Section 230 doesn’t cover federal criminal prosecutions, which explains why Google coughed up $500M to settle with the Department of Justice for running ads for Canadian pharmacies.

Though it’s easy to focus on the individual harms facilitated by online communications, such as Andrew’s death or the victims of human trafficking or sexual abuse, Section 230’s immunity remains a good policy choice. First, message board sites like Craigslist or Topix generate many millions of user messages every year, only a small fraction of which are legally problematic. We might prefer even fewer problematic posts, but it’s crucial that we don’t let liability concerns undermine the enormous social benefit generated by the multitudinous legitimate posts. Second, if Topix really is an online bazaar for illegal drugs, the police ought to be having a field day pursuing the dealers publicly offering their drugs.