Alvies ran a blog & community centered around CrossFit, a fitness program. CrossFit complainted about the name of the blog (crossfitmamas.blogspot.com). In addition to make demands to Alvies, a CrossFit paralegal talked to at least one reader, and decried Avlies’ content, saying it was “bad programming” and “stupid and unsafe”. 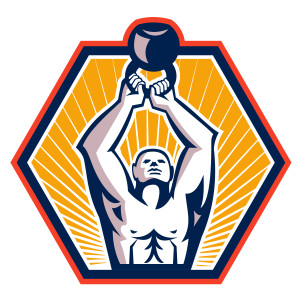 The paralegal and Alvies supposedly negotiated some terms under which Alvies would rebrand her blog to califitmamas.com. CrossFit allegedly said Alvies couldn’t use “CFMamas” since “CF” was a well-recognized abbreviation for CrossFit. Alvies ultimately moved her blog to “hiitmamas.blogspot.com” (where it looks like it currently resides) but CrossFit apparently still wasn’t satisfied and asked her to take down archives of her blog posts.

CrossFit moved to dismiss Alvies’ declaratory judgment claim that CrossFit’s takedown notices violated section 512(f). CrossFit argued that her claim is implausible because Facebook—the recipient of the takedown notice—accepts trademark and copyright takedown notices. The court says this is irrelevant. If CrossFit made a material misrepresentation about copyright infringement when sending a takedown this states a plausible wrongful takedown claim:

[w]hether CrossFit may have been able to convince Facebook to remove Alvies’s page on some other ground has no bearing on CrossFit’s compliance with the DMCA.

CrossFit also argues that Alvies was not injured, because CrossFit could have submitted a trademark notice and gotten the page taken down. The court says this argument is also premature. The court adds that Alvies derived some income from her blog which was associated with the Facebook page, so Alvies has been damaged by the wrongful takedown. (My read of the facts is that the blog wasn’t taken down, but the Facebook page was. As a sidenote, although Alvies did not have a WordPress blog, recently WordPress sued over wrongful takedown sent to its user-authors.)

The court says CrossFit may well have engaged in wrongful conduct by taking an extreme enforcement position and trying to erase years of archives. Alvies does adequately plead economic injury. However, the UCL statute only allows for injunctive relief and restitution. She did not seek injunctive relief, and restitution only comes into play where the plaintiff is trying to get back property that she initially had an ownership interest in (i.e., if CrossFit had taken away money from her) and that’s not the case here. Ultimately, Alvies gets leave to amend so she can state a claim for injunctive relief, but no restitution claim.

Alvies argued that CrossFit’s representations to Alvies’ readers regarding the quality of her workout posts constitutes false advertising. The court rejects two of CrossFit’s arguments: that they are not competitors and that she did not plead the false advertising with particularity. However, the court does agree that CrossFit’s stray statements are not sufficient to constitute advertising. Isolated disparaging statements are not enough, and there must be some sort of marketing campaign designed to influence purchasing decisions. The court dismisses this claim with also leave to amend, but Alvies may have a tough time rehabilitating this claim.

Wrongful takedown claims, including claims premised on wrongful takedowns of Facebook pages, have faced a tough road, as numerous cases have shown. That said, the Dancing Baby (Lenz v. Universal) case is on appeal and this may change things. As mentioned above, WordPress has also gone on the offensive, targeting companies that have sent wrongful takedown notices.  (See “Striking Back Against Censorship“.) The court does not delve into the damage question here, but interestingly concludes that ambiguous takedown notices can be wrongful takedowns under 512(f). Companies are often vague about takedown procedures, and rightsholders often push the envelope, asserting copyright claims where they only have trademark claims and vice versa. This is a stray case, but you wonder whether this will spur some companies into thinking twice or being more careful about the takedowns they send. To date, there’s simply no incentive to do so, as the intermediaries gladly take the path of least resistance and simply take the content down (as Facebook did here) and the wrongful takedown claims have fared poorly.

The rest of the ruling is fairly straightforward.

Finally, what exactly was CrossFit thinking here? Badmouthing Alvies’ workouts? Saying she couldn’t use “CF” because it was an abbreviation for CrossFit? Maybe there’s some rationale behind this I’m missing, but it seems like someone over there is just bringing their extreme workout principles to bear on CrossFit’s trademark enforcement strategy.

Eric’s comment: I can’t imagine Alvies will win her 512(f) claim when all is said and done, but it’s noteworthy she got as far as she did. Meanwhile, my wife teaches fitness classes, and I can confirm that massive misunderstandings of IP (both on the part of IP owners and fitness instructors) are rampant in that community.

* No Liability for Takedown Notice that Results in Termination of Facebook Page — Lown Cos. v. Piggy Paint

* 512(f) Plaintiff Can’t Get Discovery to Back Up His Allegations of Bogus Takedowns–Ouellette v. Viacom