Following the sex.com case from the Ninth Circuit, it is taken for granted that domain names are property that can be converted, sold, transferred, or subject to a creditor’s collection efforts. Interestingly, a federal district court in Virginia took a contrary view. 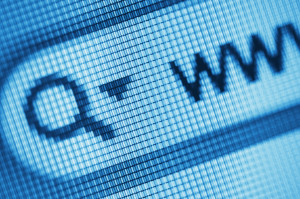 The district court agrees with ASL on appeal. The court largely relies on the Virginia Supreme Court’s decision in Network Solutions v. Umbro: “a domain name registrant acquires the contractual right to use a unique domain name for a specified period of time . . . ‘a domain name is not personal property but rather’ the product of a contract for services.” ACG tried to distinguish Umbro on the basis that it involved a garnishment proceeding, but the court says that the key part of the holding—that a domain name is a “contractual right”—applies regardless. The court says that because ASI did not have a property interest in the website and phone number at most it had a contractual interest and since the trustee did not assume it, there was nothing to be sold to ACG.

Interestingly, the court also held that ACG did not have standing to reopen the bankruptcy proceeding.

This is out of left field. The decision could have some interesting ramifications, mainly that domain names registered with registrars and registries (?) based in Virginia are not subject to collection efforts. It also makes a conversion claim against the registrar tougher based on wrongful transfer of the domain name. California cases have emphatically held that domain names are property that can be converted and collected against. There is process in place for creditors to come after domain names in California.

Ultimately the registrant cannot continue to utilize the domain name since it’s a contract that the trustee can either assume or reject. So I don’t know that there’s going to be some sort of “homestead effect” – people are not going to rush to register domain names in Virginia based on this. Also, as this case itself illustrates, the domain name can be transferred in the bankruptcy process. (The case is somewhat unclear on what the mechanics were.) That said, to the extent creditors are able to go after domain names in Virginia, I sense that as in Umbro, there will be some clunkiness at best around the process.

Interestingly, the court didn’t even necessarily need to reach this issue, having concluded that ACG lacked standing to petition to reopen the bankruptcy. Given the alternate ground the court relied on you wonder why the court even reached this issue. ACG has appealed, although it’s unclear which of the two issues ACG will focus on.

[Note: this is an older case that languished but it seemed interesting enough to warrant a blog post.]