[Introductory note: Today the Supreme Court heard oral arguments in the Lexmark v. Static Controls case. The transcript. Yesterday at Forbes, I posted a case preview. I’m sharing that here with you now; it’s still useful context-setting for the oral arguments. I have to believe Static Control is happy with how the oral arguments went. Justice Alito seemed like he would still favor his opinion from Conte Bros., but I didn’t get the sense any of the other judges were following him. Oral arguments aren’t a perfect leading indicator, so we’ll have to wait and see what happens. However, I think it’s likely the Conte Bros. test will be permanently retired in a few months.]
___ 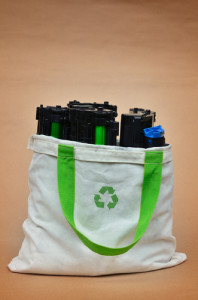 Tomorrow, the United States Supreme Court will hear oral arguments in Lexmark International, Inc. v. Static Control Components, Inc. The case addresses who can sue for violations of the federal false advertising statute, a question that has baffled courts around the country. Despite the seeming arcanity of that question, the case potentially has important implications for the quantity of future false advertising litigation and the robustness of marketplace competition, making it a case worth watching.

A vast array of federal and state laws regulate false advertising, including the federal Lanham Act. The Lanham Act limits who can sue for violations, but federal appellate courts around the country have adopted differing tests for determining Lanham Act standing. To resolve these differences, the Supreme Court will address the following “questions presented“:

Whether the appropriate analytic framework for determining a party’s standing to maintain an action for false advertising under the Lanham Act is (1) the factors set forth in Associated Gen. Contractors of Cal., Inc. v. Cal. State Council of Carpenters (“AGC”) , 459 U.S. 519, 537-45 (1983), as adopted by the Third, Fifth, Eighth, and Eleventh Circuits; (2) the categorical test, permitting suits only by an actual competitor, employed by the Seventh, Ninth, and Tenth Circuits; or (3) a version of the more expansive “reasonable interest” test, either as applied by the Sixth Circuit in this case or as applied by the Second Circuit in prior cases.

The categorical test limits standing to “actual” competitors, so it’s the most restrictive standing test. The AGC test uses multiple factors, such as how easy it would be to allocate damages among the various parties that might object to a false statement. Although it’s not as bright-line as the categorical test, in practice it’s been fairly restrictive about standing. In an interesting twist, the leading Lanham Act case applying the AGC factors is the 1998 Third Circuit opinion in Conte Bros. Automotive, Inc. v. Quaker State-Slick 50–an opinion written by now-Justice Alito (so the AGC factors may already have one supporter on the court). The reasonable interest test takes a more expansive approach to who might suffer competitive injury from a false marketing representation, making it the most permissive on standing. Thus, of the three tests, the reasonable interest test is the most plaintiff-favorable, and the categorical test is perhaps the most defense-favorable.

In addition to Lexmark’s and Static Control’s briefs, five amicus (“friend of the court”) briefs were filed, one supporting Lexmark (DRI) and the other four expressly or implicitly supporting Static Control. There was no consensus among these seven briefs about what standing test the Supreme Court should adopt. Here’s a chart breaking down the briefs’ respective positions:

Note that Static Control bypassed the three tests referenced in the Questions Presented and advocated for a yet another option: a test evaluating if the plaintiff is in a competitive “zone of interest,” perhaps an even murkier standard than the reasonable interest test. In its reply brief, Lexmark hammers Static Control for this choice:

Static Control effectively concedes that the “reasonable interest” test it advocated below—and that was applied by the Sixth Circuit—is not the correct test. The zone of interests test has not been adopted by any regional circuit for Lanham Act standing, fails to effectuate Congress’ intent under the Act, and should not be adopted by this Court.

Given the anarchy in the briefs, this case easily could go sideways at the Supreme Court. The court could decline to adopt a single standing test, or it could issue a fractured set of opinions without a clear consensus (this is my best guess of what will happen–compare the court’s hash in the stolen valor case). Or, the court could adopt a single standing test but articulate the standard in a confusing way. Or, the court could articulate a clear standing test but apply it to the facts in a way that leaves everyone baffled. Unfortunately, I’m not sure this case presents an ideal set of facts to elicit a clear Supreme Court ruling. The underlying competitive issues between Lexmark and Static Control are hard to grasp and not representative of the Lanham Act standing problems we typically see. For an example of how the Supreme Court recently struggled with a case involving distribution chain issues analogous to this case, see the Quanta Computer v. LG Electronics ruling.

federal courts would be flooded with lawsuits from competitors, consumers, and other actors at each link of the commercial chain any time a business is accused of false advertising

Still, I’m troubled by Lexmark’s efforts to restrict competition. Lexmark’s “prebate” seemingly benefits consumers by reducing their initial price, but it also prevents the development of a used cartridge market that might drive down Lexmark’s prices even more. If Static Control lacks the legal tools to keep Lexmark honest, will anyone else challenge Lexmark’s marketing statements? Cartridge remanufacturers can, and did, sue Lexmark for Lanham Act false advertising–but Static Control has shown it will invest a decade’s worth of litigation costs into fighting Lexmark, a heavier investment than many remanufacturers would be willing to make. So I’m not enthusiastic about any legal standard that helps Lexmark suppress competition from used cartridges.

Depending on what the Supreme Court decides, this ruling could have substantial implications for competition in the printer toner cartridge market, and it could affect how new entrants can use false advertising litigation to crack open a closed market. Congress could overturn or modify the Supreme Court’s decision, but that’s highly unlikely.

Even if the Supreme Court adopts the most narrow interpretation of standing, Lanham Act false advertising is just one of many overlapping regulatory doctrines applicable to false commercial statements. (For more, see Chapter 3 of my Advertising & Marketing Law casebook). The Federal Trade Commission (FTC), state attorneys general, consumers/private class-action lawyers, public interest groups and competitors have multiple ways to combat falsity in the marketplace. So, no matter how the Supreme Court rules, I expect false advertising litigators will remain busy.