If you’re a landlord, what should you do if you learn that a resident is harassing another tenant on Facebook or other social media websites? If your answer is “nothing,” you might be making a mistake, as illustrated by a recent case from an Ohio appellate court.

The case involves the interactions between Haynes, the live-in boyfriend of Schmidt (who was on the lease, while Haynes wasn’t), and Lindsay, another tenant who lived in the apartment right directly above. Lindsay repeatedly complained about the noise coming from Schmidt’s apartment, and in response Lindsay alleged that Schmidt and Haynes retaliated in a variety of ways, including loudly banging on her door and screaming at her. Subsequently, Lindsay received a pseudonymous message at her Facebook account asking her to have sex and linking to a pornographic video depicting people who looked similar to Lindsay and Haynes. In response to Lindsay’s repeated questions, Haynes didn’t admit to being the author of the Facebook messages, but Lindsay had numerous reasons to believe it was him.

A few days after Lindsay’s relocation, Haynes raped Lindsay in her new apartment. He was convicted of this crime and received a 9 year jail sentence. Lindsay then sued the landlord for mishandling the situation.

The court starts with the premise that “landlords do not have a duty to protect their tenants from the criminal acts of third parties.” However, an exception applies “when the landlord should have reasonably foreseen the criminal activity and failed to take reasonable precautions to prevent such activity.” The appellate court says that a jury might find that the landlord didn’t satisfy its obligation because it knew Lindsay was frightened of Haynes and he had demonstrated “dangerous propensities” towards her. 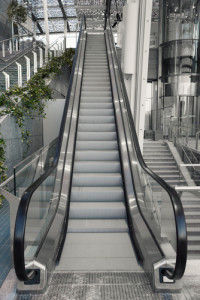 With respect to the Facebook message exchange, the court says Lindsay had “a shock of terror” realizing that Haynes had tracked down her online identity and knew so much about her. Lindsay also said she told the landlord that Haynes was “stalking” her on Facebook. The court summarizes: “While Haynes’ Facebook communication alone did not rise to the level of criminal activity, it nonetheless made Towne Properties management even more aware of why Lindsay feared Haynes, and aware of Haynes’ escalating behavior toward Lindsay.” As a result, the court sends the case to a jury trial.

This is a terribly tragic situation, and it’s tempting to second-guess the landlord’s decisions. However, the landlord didn’t ignore Lindsay’s complaints; it took a series of remedial steps and directed her to the police who could provide more help. I imagine many landlords questioning “what more would I have done?” Obviously the landlord could have let Lindsay out of the lease, but landlords can’t just tear up leases when tenants say they feel unsafe in their apartments, especially when there hadn’t been any overt threats. I don’t understand why the landlord considered adding Haynes to the lease rather than banning him from the property, but I could see landlords deferring to the police after the matter was referred to them. I can see how the landlord might have thought that warning Schmidt and Haynes to stay away from Lindsay was an appropriate step, but the court said that it may have made matters worse.

For me, the key issue is that Haynes’ Facebook messages “escalated” a bad (but possibly routine) tenant dispute about noise into an online privacy intrusion. The court’s opinion never says that Haynes admitted authoring the messages (presumably, that wasn’t confirmed until after the rape), so I can understand why the landlord didn’t want to over-assume who wrote the messages. Still, the case suggests that the combination of the tenant’s fear for her physical safety, plus the invasion of the tenant’s online privacy while she was inside her apartment, creates an unacceptable environment that landlords shouldn’t ignore.

I got the following comments from Lindsay’s lawyer, Dennis Deters:

my client is relieved that the 12th District Court of Appeals has given her back her “day in court”. Of course she is also pleased to have won a victory for victims like herself here in Ohio….In this case, the Landlord knew of a clear risk of harm to my client after months of fear and intimidation by the Defendant Haynes. They failed her and we look forward to telling her story to the jury.