To what extent is eBay liable for “lost profits” when a technical glitch makes a seller’s listing less appealing? This lawsuit is too weak to be a good test case, but it’s a start. A court in New Jersey upheld the dismissal of pro se plaintiff Steven D’Agostino’s claim against eBay for lost profits when a technical glitch obscured the listing’s photographs of the vehicle he was trying to sell–in part because he could have set a reserve price and didn’t. 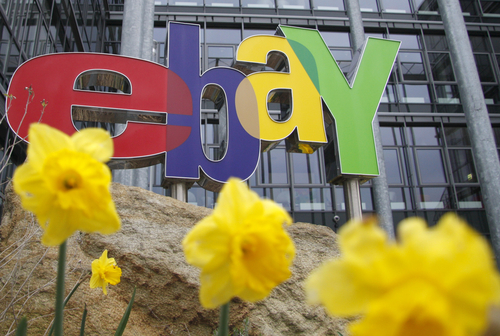 D’Agostino was no rookie to selling on eBay–at the time of the sale in controversy, he had been selling merchandise on the auction website for years. This time, he was selling his 1999 Subaru Outback wagon. The listing went up on September 18, 2011 and was set to last until that Sunday, the 25th. Notably, D’Agostino did not set a reserve price (i.e. a hidden minimum price) for the listing. Apparently this was a conscious decision, as he thought that setting a reserve price could drive the price down. The crux of D’Agostino’s complaint, however, revolved around a technical glitch that occurred during the listing’s run.

On September 24th, D’Agostino tried to revise the posting and unluckily suffered a technical glitch that he thinks harmed the listing’s earning potential. Upon the revision, the glitch caused the photographs of the car to move so far down the listing area that it was unlikely the listing browsers would even see them. That same day, D’Agostino contacted eBay’s customer service department. They promised to resolve the problem within twenty-four hours, but only a day later the point was moot: the car had sold for $711.25.

D’Agostino tried to complain to eBay, but the customer service representative said all they could do was offer partial credit toward a $60 auction fee. Presumably unhappy with the response, D’Agostino refused to pay. When a collection agency contacted him about the fee, he sued eBay demanding $800 in lost profits, plus “tort damages from the loss of [his] perfect flawless account on eBay since Mar[ch] of 1999, and tort damages from the negative credit reported by eBay.”

D’Agostino didn’t have claim against eBay

The Superior Court quickly dismissed D’Agostino’s claims, pointing to his considerable experience using the online platform and noting that he made certain conscious decisions that backfired for him:

He had the right to post a reserve auction. He did not do that . . . He also testified that there is no obligation to follow through with a sale; that although he felt that there would be some impact on his reputation if he did that, but legally . . . he had no obligation to fulfill the sale if he didn’t want to.

Further, the court had trouble agreeing that $711 was disproportionate or grossly undervalued in the first place. First of all, the $1,500 purchase price on Craigslist acted as a price ceiling–there is no reason to buy it on eBay when you can get it cheaper somewhere else. Second, by his own notes, D’Agostino seemed to envision a situation in which the car sold for $500 or less:

. . . Last note: if the car sells for $500 or less, I’m taking the CD player out and selling it myself separately (emphasis added).

Ultimately the judge denied the motion for a new trial on the grounds that (1) D’Agostino’s case for unlawful interference with prospective economic damage was severely lacking, and (2) that he couldn’t prove that the compensation for the vehicle was unreasonable. As the judge noted, he still had not paid the commission to eBay–thus, eBay decided not to allow him to post any more. To the court, this was a business decision well within their rights.

In the court’s view, the trial judge’s factual findings had enough support in the record. Since D’Agostino could not get the court to act as a new factfinder, he was left with only a few longshot arguments (mostly related to New Jersey evidence rules).

On one hand, this is a short decision with relatively small stakes. On the other hand, it’s still a solid victory for eBay since it fended off what would be an annoying trend: unhappy with your auction results? Sue eBay!

This case was a stretch from the start; the only way I could have seen this proceeding further is if somehow (1) eBay did not allow a “reserve” price, (2) eBay forced sellers to follow through with the sale no matter what, and (3) the technical glitch caused by eBay happened early on in the process, significantly diverting potential buyers. Even so, the first two are negated by eBay’s policies and the third factor would be near-impossible to prove. When the facts are this bad, I have to wonder whether the plaintiff was just hoping for a “go away” settlement or simply trying to stick it to the company for personal satisfaction.

To avoid this type of mess, sellers should avoid making the same mistakes as D’Agostino. First of all, set a reserve price so you don’t end up with seller’s remorse. Second, don’t set too strict of a range in your Notes section. In this case, the court had no trouble using these numbers to make a conclusion on what was “reasonable.”