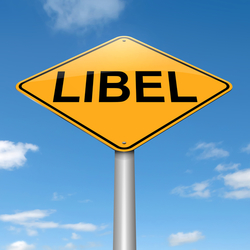 Handshoe is a Mississippi blogger/griper. He repeatedly criticized a Louisiana public official, and that evolved into criticisms of the plaintiffs, Nova Scotia residents who Handshoe asserted were business partners of the initial target. The plaintiffs sued Handshoe in a Nova Scotia court for defamation. Handshoe did not fight that lawsuit, so the Nova Scotia court issued a default judgment against him and awarded the plaintiffs injunctive relief plus hundreds of thousands of dollars in damages.

Armed with this Nova Scotia court victory, the plaintiffs asked a Mississippi court to enforce it, which Handshoe contested. The federal Fifth Circuit Court of Appeals confirmed that the SPEECH Act precluded enforcement of the Nova Scotia defamation judgment. The court held that Nova Scotia’s defamation laws do not protect defendants as much as U.S. law does because defamation plaintiffs don’t have to prove that the defendant’s statements are actually false (in Canada, a defendant must show the truth of its statements). The court also held that the plaintiffs’ allegations in Canada would not have established defamation if asserted in a United States courts.

What happens next? The plaintiffs could appeal this ruling to the U.S. Supreme Court, although that would undoubtedly fail. In theory, the plaintiffs could sue in Nova Scotia court again but try to satisfy the higher burdens required by U.S. law; or they could sue Handshoe in Mississippi. At this point, a Mississippi lawsuit probably would be untimely (due to the statute of limitations, apparently 1 year in Mississippi for defamation), and it may be untimely in Nova Scotia. If so, there’s probably no place left to sue. As a result, the Fifth Circuit probably ended the plaintiffs’ case.

We were gratified that the Court of Appeal affirmed the District Court’s dismissal of this case, in this first published decision interpreting the SPEECH Act, which Congress enacted in 2010.

The Courts, and the Act itself, affirmed the sanctity of free speech in our country. This decision demonstrates that foreign libel tourism will not be tolerated in our country, and with the advent of bloggers and other non-traditional types of media, the decision extends free speech freedoms to them, as well as main stream journalist.

In this case, the Canadian plaintiffs simply did not prove up their case, but the Court’s ruling certainly holds that, even if they had proven the underlying facts of their case, they would not have been able to enforce their judgment for over 1/2 million dollars.

* Unenforceable judgments are worthless. More frequently than you might imagine, I see Internet-related lawsuits where the plaintiff wins in court but obtains an unenforceable judgment. These lawsuits are almost always economically irrational. Most plaintiffs want actual remedies from their cases, not just a court’s stamp of approval, so spending time and money to get no useful remedies is effectively a loss. As I teach my Internet Law students, the first step in litigation is to determine if the case will produce enforceable remedies. If not, skip it.

In this case, after over two years of litigation, the plaintiffs have a pretty-looking default judgment from a Canadian court, big legal bills and no actual remedies–an entirely foreseeable outcome in light of the SPEECH Act. This provides a good cautionary tale for future plaintiffs.

Note: A couple years ago, I was a defense expert in a related lawsuit by the plaintiffs.

← High Schooler’s Facebook Post Can Constitute the Crime of Menacing – In re P.T.
Another Case Involving School Discipline for a Violent Post on a Social Networking Site — Wynar v. Douglas County School Dist. →
Subscribe to Blog via Email
Categories