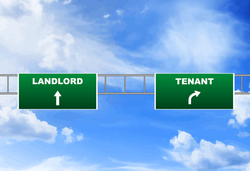 Few things in life are more irritating than a bad landlord. Typically tenants are trapped by their lease, so they are powerless to combat landlord deficiencies until the lease expires. Frustrated tenants must find it quite satisfying to stick it to their landlord in a scathing online review. But giving into that temptation too much can lead to a nasty hangover, as one loquacious tenant discovered in a recent court ruling involving a Yelp review.

Andreas Papaliolios lived in the Jones Building from 2004-08. In 2012, writing under the pseudonym “Sal R.,” he posted the following review of the building on Yelp:

Sadly, the Building is (newly) owned and occupied by a sociopathic narcissist—who celebrates making the lives of tenants hell. Of the 16 mostly-long-term tenants who lived in the Building when the new owners moved in, the new owners’ noise, intrusions, and other abhorrent behaviors (likely) contributed to the death of three tenants (Pat, Mary, & John), and the departure of eight more (units 1001, 902, 802, 801, 702, 701, 602, 502) in very short order. Notice how they cleared-out all the upper-floor units, so they could charge higher rents?

They have sought evictions of 6 of those long-term tenants, even though rent was paid-in-full, and those tenants bothered nobody. And what they did to evict the occupants of unit #902, who put many of tens of thousands of dollars into their unit, was horrific and shameful.

This is my own first-hand experience with this building, and its owners. I know this situation well, as I had the misfortune of being in a relationship with one of the Building’s residents at the time, have spent many days and nights over many years in the Building, and have personally witnessed the abhorrent behavior of the owners of the Building.

There is NO RENT that is low enough to make residency here worthwhile.

Unhappy about this review, the landlord sued the tenant for defamation. The tenant moved to end the lawsuit early, characterizing it as a lawsuit trying to suppress socially beneficial speech (a “SLAPP”). The appellate court held that the landlord showed enough merit to proceed with the case.

Writing a legally defensible online rant is unexpectedly tricky. You’re free to vent, but you’re not free to make false statements of fact, and the distinction between venting and defamation isn’t always clear. In this case, the tenant doesn’t have to show that the landlord was actually a sociopath, but the court identifies several claims that may require validation: that the landlord sought to evict 6 tenants, including one who had made substantial improvements to the apartment; and that the landlord likely contributed to the deaths of 3 tenants and the departures of 8 others. The court summarizes:

While Papaliolios’s review does contain epithets not meant to be taken as serious assertions of fact, it also contains statements that could reasonably be understood as conveying facts–each provable, and each meant to be used by prospective tenants to evaluate the Jones Building as a future residential choice.

Having determined that some of Papaliolios’ statements were probably factual and thus falsifiable, the court says the landlord provided sufficient evidence indicating their possible falsity. For example, of the 3 claimed deaths, two of the people were still alive.

The court’s overall assessment of the case:

While many Internet critiques are nothing more than ranting opinions that cannot be taken seriously, Internet commentary does not ipso facto get a free pass under defamation law.

I previously wrote about another landlord lawsuit against a tenant for an allegedly defamatory Yelp review. Combined with this lawsuit, there’s good reason to believe that landlords aren’t afraid of going to court if tenants write sharp reviews.

Recently, Lawyers.com issued survey findings that most social media users don’t realize they can be sued for their online content. Percentage-wise, few online postings lead to court proceedings, but unlucky authors who are sued are often dumbfounded by their potential legal exposure for what seems like mere online chatter. One of my guiding principles about blogging is that every time I make a blog post, I bet my house. In the case of tenants reviewing their landlords, they may not have a house to bet, but they are making a sizable legal bet nonetheless.