Due to the growing importance of mobile devices, app stores are among the most powerful intermediaries in the Internet ecosystem. With great power comes great regulatory impulses, and we’ve seen numerous parties seek to hold app stores accountable for the apps available through their stores. Last week, in an unprecedented ruling, a federal court held that an app store wasn’t liable for the third party apps it distributed. This highlights the significant restrictions facing the pro-regulatory folks who want to turn app store operators into Internet cops. 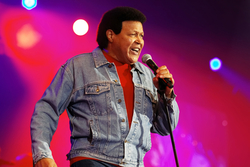 Chubby Checker (a/k/a Ernest Evans) is a cultural icon best known for his 1960 hit single “The Twist.” Starting in 2006, an app developer sold an application called “Chubby Checker,” which purports to estimate the size of a man’s genitalia based on the man’s shoe size. The app’s name is a pun: “chubby” is a euphemism for male genitalia, and the app does in fact “check” the length of a man’s “chubby.”

The singer Chubby Checker sued Hewlett-Packard for distributing the Chubby Checker app in its app store. The singer claims that HP knew the app’s name infringed his rights; and he also claims he sent HP a takedown notice which HP allegedly ignored. Based on these allegations, the court rejected HP’s motion to dismiss the singer’s federal trademark claim. HP probably will avoid trademark liability in later proceedings, though ignoring a takedown notice (if that’s true) may hinder its defense–even if HP made a logical judgment call that the app name was a parody. See my writeup of an analogous lawsuit (also involving products with punny names) in the Born to Rock v. CafePress case.

The singer asserted several other claims (violations of state unfair competition, trademark and publicity rights statutes) against HP in addition to the federal trademark claim. The court quickly dismissed all of those other claims due to 47 USC 230, the federal statute that says websites aren’t liable for third party content. The court’s discussion of Section 230 is brief and unremarkable because this was an easy case. Everyone agrees the independent app developer provided the app to HP’s app store, and that’s exactly the scenario Section 230 was designed to govern.

Section 230 expressly excludes intellectual property claims from its immunity, so theoretically the singer’s state trademark and publicity rights claims should survive Section 230. However, in 2007, the Ninth Circuit Court of Appeals (the appellate court governing this case) held that Section 230 wipes out state intellectual property claims based on third party content. The court doesn’t address the state-IP issue beyond quoting the applicable language from the Ninth Circuit case.

As far as I know, this is the first court opinion holding that app stores qualify for Section 230 immunity for the apps they carry. This isn’t a surprising result–the ruling is a straightforward application of Section 230–but it’s an important one nonetheless. App stores, especially Apple’s, are regularly sued for third party apps (see, for example, this recent ruling against Apple for apps’ data collection). For reasons that aren’t clear to me, Apple has not consistently asserted a Section 230 defense in these cases. As HP learned, Section 230 should be an enormously helpful tool in squashing the mushrooming litigation against Apple.

This ruling is also noteworthy because HP qualified for Section 230 even though its app store was selling the app. This result also isn’t surprising. Section 230 has been applied repeatedly to online marketplaces such as eBay and Amazon. Still, it might surprise folks that HP’s financial benefit from the app was a non-issue; the court didn’t mention it at all.

Finally, this ruling reinforces my confusion about why six app stores agreed with California Attorney General Kamala Harris to require apps to display privacy policies. While apps should display privacy policies as a matter of good hygiene and (where applicable) to comply with California law, an app’s failure to do so isn’t the app store’s responsibility. When a state attorney general calls an Internet company, it’s rarely a friendly call; there is almost always a coercive element to the conversation, implicitly or explicitly. This ruling shows that app stores had a legal basis to tell Harris to pound sand. Because the app stores chose to cooperate with the California Attorney General, that agreement reminds us that Internet companies will voluntarily provide valuable policing services to the community, even when Section 230 says they cannot be legally coerced to do so.