Think You Want To Be Told About Product Placements In Movies? Think Again (Forbes Cross-Post)

Do you want movie producers to tell you when they have accepted money from brand owners to showcase their brands in movies, a phenomenon called product placement?  Most people would say yes.  We dislike thinking that we’re being surreptitiously manipulated, and generally consumers say they prefer more information to less. 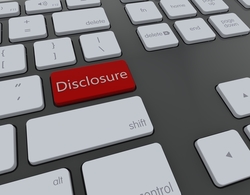 Going further, regulators would emphatically answer “hell yes.”  For decades, regulators have sought to require content producers to disclose third party payments that may influence their editorial judgments.  For example, in the United States, “pay-for-play” disclosure requirements can be found in radio (anti-payola laws), television shows (sponsorship disclosure laws), search engines (the FTC’s recent guidance about paid search listings) and other media.  But what if pay-for-play disclosures hurt consumers more than it helped them?

In the United States, most mandatory disclosure laws don’t matter much if the publishers can present the disclosures obscurely, such as in the rapidly scrolling credits at the end of a TV show.  Knowing this, Europe has taken a characteristically more aggressive regulatory approach.  For example, Europe requires as part of its Audiovisual Media Services Directive that television viewers be told about product placements at the beginning and end of the show as well as after commercial breaks.

In theory, earlier and more prominent disclosures help consumers better decide how much credibility they should assign to the editorial content.  However, experience in the field may diverge from this theory.

Some Dutch researchers recently surveyed how consumers responded to a movie where they were told that “Brands are shown in this movie” at the bottom center of the screen for two seconds.  To test different conditions, some consumers saw the disclosure before the product placement, others simultaneously with the placement, and others after the placement.

How did consumers respond to these disclosures?  Most consumers found the disclosures “useless and irritating,” and they diminished the consumers’ enjoyment of the movie.

More importantly, disclosures increased the likelihood that the consumers paid attention to and remembered the brand—twice as much as those who didn’t see a disclosure.  Furthermore, the timing mattered: “brand recall and brand recognition were significantly higher when viewers were exposed to a disclosure during the placement than after the placement.”  Ironically, this finding suggested that brands should be asking movie producers to disclose the product placement.

Yet, the disclosures didn’t affect consumer skepticism about the brand:

viewers who saw no disclosure, or who saw a disclosure before, during or after the placement, were equally skeptical about brand placement.

Overall, these findings raise some questions about legally mandating disclosures about product placements.  To the extent regulators hope earlier and more prominent disclosures will help consumers dismiss product placements as advertisements, instead they may be counterproductively contributing to the ads’ efficacy.

Like most empirical studies, this study’s methodology isn’t perfect, and we would benefit from further empirical studies along these lines.  Still, the study reminds us how regulators can easily miss the mark when imposing mandatory disclosures for consumers’ benefit.  For every consumer success story like the food “Nutrition Facts” labels (even that success is debatable), there are spectacular failures like the Gramm-Leach-Bliley Act’s requirement that financial institutions send annual disclosures of their privacy practices–a practice that consumers indeed found “useless and irritating,” especially because consumers effectively pay for the notices they didn’t want.

Also see my short 2006 essay, Stealth Risks of Regulating Stealth Marketing, anticipating some of the effects found in this study.