Kramer, who operated an internet service provider in Clinton, Iowa, filed an ambitious–and as it turned out, ultimately quixotic–lawsuit over spam emails. 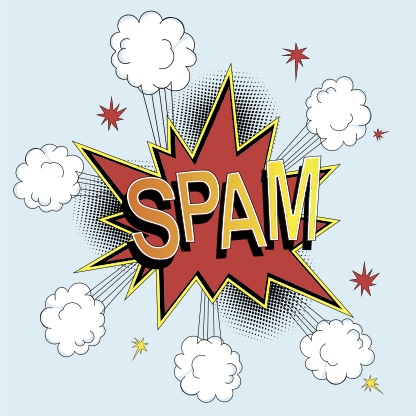 After a bench trial, the court rejected Kramer’s claims against NCS. On appeal to the Eighth Circuit, Kramer fares no better. (For what it’s worth, Kramer had a previous appeal in the Eight Circuit over spam claims and it was a loser as well: “Eighth Circuit: No Derivative Liability Under Iowa Spam Statute — Kramer v. Bartok.”)

The key question on appeal is whether NCS was adequately tied to spam emails. Executives of NCS said that they did not send emails or authorize their employees to do so. Kramer argued that William Stolars, a salesman (who was deceased at the time of trial), sent the emails on behalf of NCS.

Kramer pointed to anecdotal evidence that emails could have come from NCS: the messages advertised NCS and bore valid email addresses and were similar to other advertising conducted by NCS. But the court is not swayed. The court says that someone else could have sent the emails, and Kramer’s anecdotal evidence does not dispel this possibility.

The second issue was whether the trial court properly said that NCS could not be liable for Stolar’s conduct. The trial court applied the common law test for employee versus contractor and concluded that Stolars was a contractor. The appeals court says this conclusion was correct. The court delves into the evidence of the relationship and acknowledges that NCS exercised some control. Nevertheless, on balance, the court concludes that the factors weighed in the direction of a contractor relationship.

Oy. What a mess. To answer a procedural question I had about this case, I took a quick look at the docket, and it’s dizzying. This case commenced in 2003–ten years ago, and before the enactment of the CAN-SPAM Act! Kramer likely extracted some settlements along the way, but his pursuit of this appeal and subsequent loss tells me this can’t have been a particularly lucrative enterprise.

Although not highlighted by the court, there’s a self-defeating quality to Kramer’s arguments against NCS. To the extent the emails were sent using legit email addresses, they are not inaccurate, and don’t violate CAN-SPAM. The court does not delve into this issue, or mention why there were no CAN-SPAM claims, at least at that stage in the lawsuit. (One explanation is that CAN-SPAM was not even enacted when he filed his original lawsuit.)