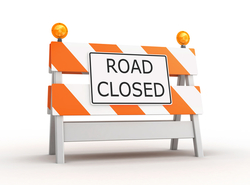 General Steel Buildings www.ArmstrongSteelBuildings.com Price Your Building Online Or Let Us Do It. Guaranteed Lowest Prices!

(As usual, the court doesn’t discuss whether Armstrong Steel broad-matched the word “steel”).

In addition to the keyword advertising campaign, Chumley (or an employee of his) issued press releases that contained false claims and were attributed to a fictitious employee, and the defendant’s website made additional false claims.  Chumley further falsely published Internet postings in the name of General Steel’s CEO.  Rebecca Tushnet discusses the false advertising angles of the case.

Regarding keyword advertising, General Steel’s trademark claims failed because it couldn’t show actionable consumer confusion.  The court says it “suspects” that some searchers clicked on Armstrong Steel’s ads believing it would take them to General Steel’s website.  However, that wasn’t enough to win the case (especially after a key Ninth Circuit 2011 ruling on keyword advertising) because  “[o]ther than its suspicions, plaintiff offered no evidence at trial of actual confusion,”  and because steel buildings are complex purchases that buyers will research carefully.  The court concludes:

While Armstrong was using the term to refer to plaintiff’s company, the Court does not find the record supports the finding that such use was likely to cause confusion among consumers in light of all of the surrounding information that identified Armstrong Steel as the source of the website and distinguished Armstrong Steel from General Steel.

The court also rejects a common argument by trademark owners that “potential customers entering the term ‘general steel’ into a search engine are searching exclusively for that company, as opposed to executing a broader search for all companies selling similar products.”   (See the uncited study by Franklyn and Hyman supporting this analysis).  The court instead says “the connection between the search term entered and the appearance of an advertisement is too attenuated to suggest an actual affiliation between the two.”

This is really a devastating loss for the plaintiff–and for trademark owners generally.  On its face, this case looked like a sure win for the trademark owner.  After all, the ad copy referenced the trademark in a non-comparative way–usually thought to be a “no-no”–plus the advertiser engaged in false advertising elsewhere.   If a trademark owner can’t win a case with those attributes, when can it win a competitive keyword advertising case?

As it turns out, the answer is “rarely.”  Though not a lot of cases have reached the final merits of trademark claims over keyword advertising, the rulings (summarized below) demonstrate why trademark owners should think carefully before suing over competitive keyword advertising:

* plaintiff won at trial: Binder v. Disability Group (2011).  This case was decided before the Ninth Circuit ruling in Network Automation, and I believe it’s no longer good law.

For more on this topic, see my recent blog posts on trademark infringement and keyword advertising: