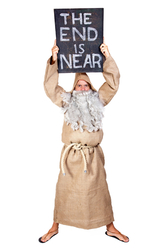 I’ve repeatedly asserted that the trademark battles over keyword advertising are near the end.  As further evidence of that, recently Google ($GOOG) liberalized its international trademark policy for advertising via AdWords.   Previously, Google allowed trademark owners to block advertisers from bidding on their trademarks in Australia, Brazil, China, Hong Kong, Macau, New Zealand, South Korea, and Taiwan.  Now, Google has reversed its policy in those countries, meaning that (as Google told me) “Google will no longer restrict advertisers from bidding against trademark keywords, worldwide.”  (Google had previously liberalized its trademark policy in most other countries in 2010).  Google will maintain regional differences in restrictions on when trademark owners can block their trademarks from appearing in the ad copy.

I don’t systematically track international AdWords trademark cases, but I’m not aware of any major Google victories in trademark cases in the affected countries.  (Google did recently get a favorable AdWords-related ruling in Australia, although it wasn’t specifically about trademarks).  As a result, I don’t think Google’s policy change is supported by increased legal clarity in those countries.  Google told me that it’s “making this change so we can have a uniform policy on keyword advertising worldwide so users everywhere can get the most useful and relevant information in response to their searches.”  That sounds great, but do you really believe that?

While I’m sure Google’s employees and lawyers will enjoy the simplicity of a more uniform worldwide policy, an obvious implication: the liberalized policy makes Google more money.  I don’t know how much new money Google will see under the new policy, and Google declined to answer my question about it.  I doubt the incremental new revenues will be more than a rounding error on Google’s $50B of annual revenues.  Still, Google has been progressively liberalizing its trademark policy over the years, and each time Google reported strong year-over-year earnings growth.  Coincidence?

Meanwhile, Google’s policy change without clear legal support in the remaining jurisdictions strongly indicates that Google thinks the trademark risks no longer pose a major threat to it anywhere in the world.  Once Google settled the Rosetta Stone litigation, Google effectively resolved all of the serious challenges to its trademark policy.  Google’s most recent policy change demonstrates its legal confidence that trademark owners can’t make it block keywords.  Kudos to Google for navigating this difficult issue over the past decade and reaching such a favorable (if expensive-to-achieve) outcome.

For a deeper dive on why I think Google’s policy is socially beneficial, see my articles Deregulating Relevancy in Internet Trademark Law and Brand Spillovers.

[Photo credit: visionary with a sign of the end is near // ShutterStock]