[There has been a recent whirlwind of copyright activity in the courts. We will try to get caught up soon!]

ReDigi looks like a law professor’s exam question that sprang to life. The basic question involves the legality of a marketplace for digital music files. Unfortunately for ReDigi, the court is not very sympathetic to its enterprise, and the court grants Capitol’s request for summary judgment. 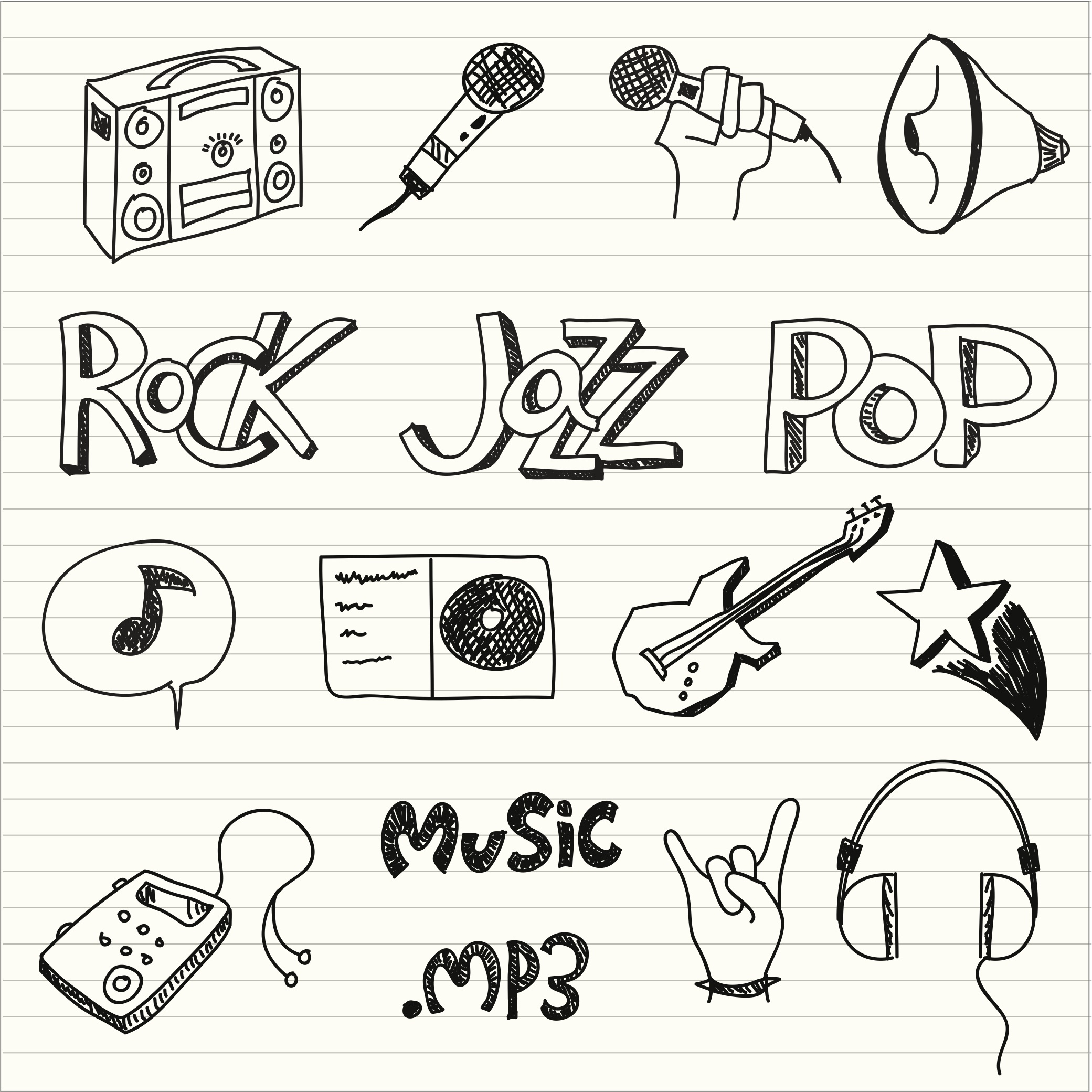 I expect an appeal will be forthcoming.

Background: ReDigi put some good energy into architecting its service to try to avoid infringement. It only allowed for re-sale of certain files, and more importantly, took steps to insure that only one user could enjoy a particular song at any one time–it made sure that if you sold a track, the computer did not contain extra copies of this track. Although it wasn’t foolproof (the system did not detect whether you retained copies of your track elsewhere), it did prompt you to delete any versions of a song on the particular computer that’s interfacing with ReDigi; and if you declined, it would terminate your account. Sounds pretty carefully structured to me.

Reproduction and Distribution: The court says ReDigi trips over the fact that it must make a copy in order to transfer files between people who trade them. ReDigi tried a bunch of analogies to say that a copy-less transfer occurred, but the court is not sold:

ReDigi asserts that the process involves ‘migrating’ a user’s file, packet by packet – analogous to a train . . . the device was [also] likened to the Star Trek transporter – “Beam me up, Scotty” – and Willy Wonka’s transportation device, Wonkavision.

Although the court notes that it’s not aware of any authority dealing with the scenario where digital files are transferred and only one copy exists before and after the transfer, the court says that what occurs through ReDigi’s platform is a “reproduction within the meaning of the Copyright Act.” The court says this reading is supported by the plain text of the Copyright Act (that says reproduction occurs when the work is fixed in a new “material object”) and the legislative history. [The ruling contains a very interesting discussion around the semantics of “reproduction” that is worth reading. As usual, I wasn’t totally sold one way or the other.]

The court also agrees with Capitol that, in addition to the unauthorized reproduction, the sale via ReDigi also implicates the distribution right. Absent an affirmative defense, the court says that there would also be an unauthorized distribution.

No Fair Use or First Sale Defenses: The court applies the fair use factors and says ReDigi comes up short. There’s no transformation of the works (songs). The entirety of the work is copied, and conceivably this will affect the market for new works. Interestingly, the court says that reproduction incident to a sale is what falls outside fair use, but it does not discuss reproduction that may occur in similar contexts such as lending or trading (that may be closer to fair use).

The court also says that ReDigi cannot take advantage of the first sale doctrine. The court starts out by saying that first sale only insulates ReDigi against distribution and does not protect against reproduction. (This is splitting hairs, I think. To the extent there is a first sale defense, any reproduction incidental to it could plausibly be considered fair use.) At any rate, here is the crux of the court’s conclusion on first sale:

the first sale defense is limited to material items, like records that the copyright owner put into the stream of commerce. Here, ReDigi is not distributing such material items; rather it is distributing reproductions of the copyrighted code embedded in new material objects, namely, the ReDigi server in Arizona and its users’ hard drives. The first sale defense does not cover this any more than it covered the sale of cassette recordings of vinyl records in a bygone era.

The court also cites to a 2001 report from the Copyright Office on the DMCA Act that rejected application of first sale to digital works.

Derivative Liability: The final issue was whether this all added up to liability for ReDigi.

Second, the court says that ReDigi is liable under vicarious and contributory theories. With respect to contributory liability, the court says that ReDigi was amply aware of the legally grey aspects of its business (its investment offering documents said as much). It also contributes materially by participating at many steps in the process. Finally, the service is not capable of non-infringing uses the court says. The court comes to the same conclusion on the vicarious infringement question, saying that ReDigi had “complete control” over its users activities and it financially benefited from every single sale.

Wow, this is a packed ruling! There is a lot to digest from this one, but a few quick notes.

First, the court footnotes a very interesting point (fn. 3): apparently ReDigi launched new software during the pendency of the litigation that would house material downloaded directly from iTunes and allow later purchasers to access it from the same location. The court declines to consider the legality of this service, but it certainly offers a possible path forward for services such as ReDigi. This also raises the question that if something like this could be accomplished and was plausibly non-infringing, at least from the standpoint of a reproduction right, does it really make sense to ding ReDigi because it accomplished the same thing through other means?

Second, where was the DRM? ReDigi offered iTunes files, but I missed the boat that iTunes decided to offer music that was not tied to a particular device that you had registered. As Eric noted in his post about Kirtsaeng, one of the reasons why the first sale win in that case may be pyrrhic is that digital media will be subject to the whims and fancies of DRM. It’s interesting that a big category of digital content is offered without DRM. I wondered about what contractual restrictions were in place (both as between iTunes and the user and the copyright owner and iTunes). It’s also strange that music is offered DRM-free (at a higher price), but then you can’t legally transfer it anyway.

Third, there’s no discussion of the DMCA at all in this ruling. Maybe I’m missing something foundational, but I would have thought ReDigi would have at least tried to assert a defense based on DMCA safe harbors. The court would have probably rejected the defense (or took the muddled route the 9th Circuit took in the Fung case), but it was still interesting to see the DMCA not figure in the discussion at all.

The court downplayed any discussion of whether there was underlying infringements by ReDigi’s users. I also found much of the court’s core conclusions overly formalistic, but then again, the copyright rules are formal in many respects, particularly the rules that govern sounds records and phonorecords. The court seems to do a fairly close reading of the statute and legislative background. It’s tough to fault the court’s order for its core conclusion that a transfer via ReDigi requires a reproduction, although there is room to disagree with it.

Finally, the court’s discussion on direct and indirect infringement was also not totally persuasive. Outside the P2P / inducement context, it’s rare to see a court find that a site or service should be held liable directly for the infringements that take place on its system. This is one example. The 9th Circuit opinion from Fung that we hope to post about soon is another example.

Either way, services have previously tried to crack the “how to transfer copyrighted tracks online” puzzle and have failed. (See, the MP3Tunes case.) As Eric highlights below, it may be safe to assume that there is no first sale right when it comes to digital goods. Surprisingly, even without contractual restrictions in place, you may be fairly limited in what you can do with digital music.

Eric’s Comments: I admire the pluck of entrepreneurs who launch businesses that face significant legal risk based on their basic architecture, but ReDigi’s legal fate was predictable if unfortunate. The bottom line is that there’s no digital first sale right, and I don’t think the statutory language provides any colorable basis to argue in favor of it. So I think ReDigi has been legally doomed from the beginning. I wish there were a digital first sale doctrine, and I admire ReDigi’s attempts to remanufacture some of the attributes of physical chattel for the digital world, but the judicial system is a poor place to make a last stand on something that contradicts the statutory language so clearly.

Venkat raises a good point about 512(c)–could ReDigi have found greater success positioning itself as an eBay/Amazon-style marketplace for user-to-user transactions of digital files? I can’t imagine a 512(c) defense would succeed if the users never had the right to resell song files and ReDigi takes a cut of the transaction, but that defense would have been no less meritorious than the digital first sale argument.

In the end, this case provides a good cautionary tale for us as consumers. PAY LESS FOR DIGITAL SONGS AND MOVIES than you would pay for CDs and DVDs because the digital files are instrinsically worth less over their lifetimes. Protip: before buying a digital song or movie, I check eBay and Half.com to see how much it costs to buy the same CD or DVD used. Even with shipping, it’s surprising how often the used good is cheaper than the digital file, and I get a better bargain by also preserving my first sale rights.

Just a reminder: in 2010, the High Tech Law Institute held a full-day academic symposium on the First Sale Doctrine, and it might be worth checking out some of the materials generated in connection with that event.