A Judge Hopes Mark Zuckerberg Enjoys His Money Because “He’s Going to Hurt a Lot of People”–US v. Culver

This case involves a horrible crime of child pornography involving an 8 year old. For more background, see the DOJ press release and the judgment. This post focuses on the case’s sentencing, where a judge’s rant about Facebook and Mark Zuckerberg led to a reversal on appeal. 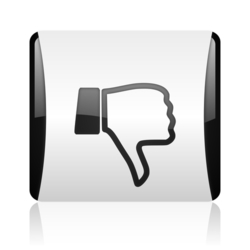 At the defendant Culver’s sentencing, the district court judge said the following (the transcript is sealed due to the minor involved, so this is the appeals court’s recap):

the district court referenced “Facebook, and things like it, and society has changed.”…The court speculated that the proliferation of Facebook would facilitate an increase in child pornography cases. The court said it hoped Mark Zuckerberg (who founded Facebook) was “enjoying all his money because … he’s going to hurt a lot of people….”

This was not just a digression: “the court stated that it would have granted a sentence of six years if not for its concerns about Facebook and general deterrence.”

But….nothing about Culver’s crime involved Facebook at all. The appellate court notes that “Culver did not use the internet to commit her crime.” As a result, the appeals court reversed Culver’s sentence and sends the case for resentencing so that a judge can punish Culver for her actual conduct, and not because of the judge’s anti-Facebook paranoia. Still, as her court notes, Culver’s crime was so bad than an 8 year sentence could nevertheless be appropriate.