[Eric’s introduction: Josh King is Vice President, Business Development & General Counsel at Avvo. Among other ways we work together, he’s a fellow board member of Public Participation Project, which is advocating for a federal anti-SLAPP law. Here’s a 2012 photo of Josh and me on top of Mt. Si. Josh didn’t agree with my blog post over the weekend and submitted this provocative response:]

Google’s settlement of its FTC antitrust investigation was widely viewed as a resounding victory for the search giant. But Eric had a slightly different view, when wrapping up some of the reactions to the settlement: that the commitment letter submitted by Google to the FTC could be considered commercial speech, and thus expose Google to private party litigation based on allegations that it violated the letter’s terms.

As Eric points out, there is some precedent for materials that are not obviously advertising being treated as commercial speech, including Kasky v. Nike. In that case, the California Supreme Court determined that Nike – stung by a series of media reports about labor conditions in the shoemaker’s foreign factories – had engaged in commercial speech when it responded to the allegations by engaging in a public relations campaign.

Because commercial speech is subject to less constitutional protection than ordinary speech, the fact that Nike’s campaign was considered commercial speech left Nike exposed to liability under California’s unfair competition law. Were Google’s commitment letter likewise held to be commercial speech, it could suffer a similar fate.

But here’s the thing: Kasky is dead. Or, rather, undead; it’s going to live on in zombie-like fashion until it gets reversed.

The problem with Kasky – which was decided over a decade ago – stems from the court’s struggle to distinguish commercial from non-commercial speech, particularly where communication has multiple purposes. To make this determination in “mixed” cases, the Kasky court used a 3-element test that basically pre-ordained the outcome:

1) That the speaker be a commercial entity;

2) That the communication be intended for a commercial audience; and

3) That the communication contain representations of fact about the commercial entity’s products or services.

This is, to put it mildly, a ridiculous test. Under this formulation, almost anything a commercial entity says about itself in public would qualify as commercial speech. Take, for instance, the New York Times – Tesla kerfuffle from last month. Should Tesla Chairman Elon Musk’s blog post criticizing John Broder’s review of the fancy electric car be treated as commercial speech? After all, it’s Musk speaking for Tesla (a commercial entity), speaking to potential buyers of the car (a commercial audience) in a statement containing representations of fact about the car’s performance.

I’m pretty sure we’d all agree the answer is NO. [Eric’s observation: actually, I’m 100% sure that Musk’s blog post would be considered advertising if challenged by the FTC, competitors or consumers.]

It’s unfortunate that Kasky did not receive federal court review, as it likely would have been reversed. The U.S. Supreme Court initially granted cert, but then thought better of it; the case was settled shortly thereafter. In the decade since, there have been a number of federal decisions more tightly circumscribing the commercial speech doctrine (most recently 2011’s Sorrell v. IMS Health [blog coverage]). And late last year, the 9th Circuit finally got an opportunity to address the “mixed” issue directly, articulating a different, more limited test than that used in Kasky.

The test set forth by the 9th Circuit in Dex Media v. City of Seattle [blog coverage] takes a multi-step approach to determining “close cases” of commercial speech. The first step is a 3-element test similar to that used by Kasky, but with some significant differences. The factors include:

1) That the communication be in an advertising format;

2) That the communication reference a specific product; and

3) The underlying economic motivation of the speaker.

None of these factors are dispositive, but the combination of all three provides “strong support” for a finding of commercial speech. This represents a much narrower test than that used by the California Supreme Court in Kasky. [Eric’s comment: I agree with Josh’s analysis. I just don’t believe the Dex ruling provides any reliable guidelines for how the next 9th Circuit case will come out.]

What’s more, there’s a second step that must be taken, one that was glossed over by Kasky: even if the threshold commercial speech classification is found, full first amendment protection will still apply if the commercial aspects of the speech are “inextricably intertwined” with otherwise fully-protected speech.

Kasky is a reminder that bad facts make bad law. The California Supreme Court faced a massive public relations campaign, waged by a heavily-funded and brand-savvy corporation, that bore many hallmarks of brand advertising. It’s not terribly shocking that they “leaned in” to find that Nike’s speech was commercial. But Google’s commitment letter is a different beast. It’s a single communication, directed at a regulator, and delivered in settlement of an investigatory proceeding. That’s a far cry from the Nike campaign; even under the expansive test set forth in Kasky, it would likely not be considered commercial speech given its provenance and the fact that it was not written directly for a commercial audience. 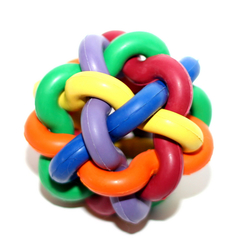 And under the likelier test it would face, that of Dex Media? A case where the 9th Circuit determined that the Yellow Pages are not commercial speech? Not much chance. It fails both the first and third prongs of the test: the commitment letter is not an advertising format, and Google has no underlying economic motivation in writing it (at least not in the commercial sense; Google’s interest in avoiding a consent decree wouldn’t count). What’s more, even if the letter somehow met that bar, it would likely fail the “inextricably intertwined” test that would await it. The statements made by Google are part and parcel of its defense and commitments made to regulators in settlement of potential litigation. While one could try to parse out the terms of the commitment itself, it’s hard to imagine that it wouldn’t be treated as inextricably intertwined with Google’s protected speech in communicating with a regulator.

Ultimately, Google made a deal with the FTC. If it doesn’t abide by the terms of that deal, the FTC has remedies. However, that doesn’t mean that any competitor gets to turn Google’s commitment into an independent basis to pursue their own commercial claims. Kasky v. Nike is an outlier; beyond what would be unmistakable as advertising, commercial enterprises have first amendment rights, too.