The City of Seattle thought that Yellow Pages were not particularly useful and created unnecessary waste, so it required Yellow Pages distributors obtain a license, publish a notice regarding a new City-created opt-out registry, and pay fees for each book distributed. The ordinance exempted certain publications, including “membership organization” directories and residential telephone directories that did not contain any “yellow pages” advertising. 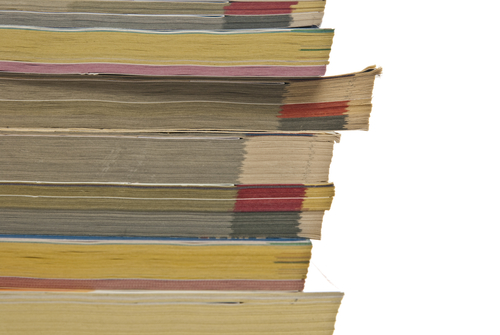 The Ninth Circuit reversed, in a ruling that focuses almost exclusively on the level of protection accorded to Yellow Pages directories. The trial court said that the Yellow Pages were commercial speech. The Ninth Circuit disagrees and says that Yellow Pages are entitled to full First Amendment protection. The fact that phone book companies depend on advertising revenue isn’t dispositive:

Ultimately, we do not see a principled reason to treat telephone directories differently from newspapers, magazines, television programs, radio shows, and similar media that does not turn on an evaluation of their contents. A profit motive and the inclusion or creation of noncommercial content in order to reach a broader audience and attract more advertising is present across all of them.

The court goes on to say that the district court’s attempt to distinguish Yellow Pages from media such as newspapers based on the role the latter plays in our democracy does not work: “[t]he First Amendment does not make protection contingent on the perceived value of certain speech.”

A good and obviously First Amendment-friendly ruling that has the effect of undermining a well-intentioned but poorly crafted piece of legislation. I didn’t think this statute had a very good chance of surviving, but I thought the court would focus more on the fit, the licensing, and the exceptions. Eric–in his typically entertaining and on-point way–tees off on the distinction between advertising content and editorial content and the test used for determine the level of protection for expression that contains both (instant classic: “[t]he Ninth Circuit’s opinion was fine . . . but it still made me want to cry . . . .”). I wonder what types of other mixed editorial/advertising content could benefit from this rule?

Unsolicited advice to the City of Seattle: how would I tackle this issue? I would regulate the delivery of any unsolicited pamphlets or books that are over a certain weight. This would be a content neutral basis for regulation and would put the kibosh on phone books (and anything else that fit the bill). (But see WAC 480-120-251 that mandates the publication and distribution of business and residential listings. This regulation should be revised to require the publication of listings online.)

Who cares about printed Yellow Pages any more? In a Google era of keyword searches for local businesses, Yellow Pages are an anachronism. They are not as current as search databases (i.e., many Yellow Pages publish only once a year); their keyword indexes are often not helpful; many businesses aren’t listed in the Yellow Pages; and Yellow Pages lack easy ways to evaluate an advertiser’s integrity (in contrast to online consumer reviews that show up in a keyword search for the business), meaning that consumers instead decide who to contact based on unreliable intrinsic ad factors like the ad’s size and the hype of the claims. If you don’t have access to a search engine, the Yellow Pages are way better than nothing; but if you could use a search engine, Yellow Pages are clearly inferior for almost all local business searches. [UPDATE: This photo makes the point concisely.]

Still, the Yellow Pages industry generates billions of dollars a year–as recently as 2008, nearly $14B/year. See this article by Chris Silver Smith. So I guess some folks, like Seattle, still feel like they are worth worrying about. Personally, I would let the marketplace drive Yellow Pages into the ground without any regulatory intervention.

The Ninth Circuit’s opinion was fine (especially by Ninth Circuit standards), but it still made me want to cry. The entire artifice of trying to classify content into “ads” and “editorial content” is completely, irretrievably, 100% doomed. The distinction never worked, and it sure doesn’t work now. There are simply too many border cases. As a result, I would favor giving up the distinctions altogether. If that means we treat all commercial content as equally Constitutionally protected as editorial content, I would be fine with that.

Parsing advertising and editorial content in phonebooks breaks down into three familiar categories:

* phonebooks that have no content other than advertising (i.e., pure Yellow Pages). The Ninth Circuit opinion says those would be subject to lower First Amendment protection because they are commercial speech.

* phonebooks that have no advertising at all. Seattle excluded those, and only those, from its onerous obligations. The Ninth Circuit says that exclusion is insufficient protection for the First Amendment.

* phonebooks that are a mixture of advertising and editorial content. The court treats these phonebooks (which it incorrectly refers to only as “Yellow Pages,” when I think it meant phonebooks generically) as fully protected under the First Amendment because it couldn’t distinguish them from other editorial media.

I’m fine with this conclusion, but does anyone really care about the editorial content in the phonebooks? Nowadays with people not publishing their phone numbers and cellphones storing the phone numbers of loved ones (and the ability to send emails instead of calling strangers), the white pages information is useless for most folks; and I’m sure most folks have no idea that phonebooks may contain other editorial content. The marketplace’s low value placed on phonebooks’ non-advertising content brought to mind the seminal (and surprisingly uncited) case Valentine v. Chrestensen, 316 U.S. 52 (1942), which also involved an advertisement where the disseminator grafted some editorial content onto an advertising leaflet to avoid an advertising regulation. 70 years after that case, we’re still wrestling with the same classification problems and not really handling them any smarter–or with any more predictability. Sigh.