Linkwrap of Google’s Antitrust Deal With the FTC

It seems like forever since the FTC settled its antitrust investigation with Google, even though it’s been less than 3 months. My recap post from the initial announcement. We’re waiting for the European denouement, but in the interim, some of the more interesting links I’ve seen about the FTC settlement:

* James Grimmelmann: Not with a Bang and Devils and Details.

* Politico: How Google Beat the Feds

* Tim Wu: Why Does Everyone Think Google Beat the FTC?. Perhaps it has something to do with the rumored 100 page staff memo advocating a Google bust just 3 months before the official resolution?

* TPM: FTC Chairman Defends Google Settlement: We Did What The Law Required. 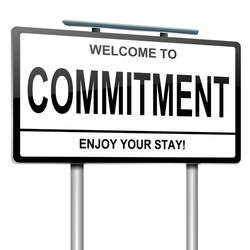 As I’ve been thinking about the settlement over the past 3 months, I’m struck by one point raised by James Grimmelmann. Google submitted a commitment letter to the FTC promising to give websites the ability to opt-out of being indexed in certain Google services. It also promised that “Exercise of this option will not…be used as a signal in determining conventional search results on the google.com search results page.” From my perspective, Google’s letter should constitute advertising speech the same way Nike’s letters to universities constituted advertising in Nike v. Kasky. If so, then competitors should be able to enforce Google’s violation of this promise using any legal doctrine allowing competitor standing, such as the Lanham Act. This opportunity differs from the typical FTC settlement, where competitors and consumers have no standing to enforce a company’s promises to the FTC.

For those who’ve criticized the FTC for not locking down Google’s promises in a consent decree, I feel like I’m missing something. By getting this commitment letter, the FTC may have handed a powerful litigation tool to many Google gripers, and any enforcement action (going to their core algorithmic questions) would be quite high-stakes for Google. Sure, the commitment letter resolution may be unorthodox, but my instincts are that this particular resolution worked to Google’s detriment.