Google’s ($GOOG) keyword advertising program, AdWords,  has been subject to constant legal challenges for the past decade.  After an initial period of legal uncertainty, AdWords’ legal fortunes recently have brightened in the United States and Europe.  Earlier this month, AdWords notched another strong win in court, this time in Australia.  Considering these developments as a whole, Google has effectively gotten a clean legal bill of health for its AdWords service around the globe.  Google’s impressive accomplishment also provides a useful cautionary tale about overregulating technological innovations. 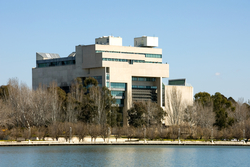 The High Court of Australia rejected the ACCC’s arguments and ruled in favor of Google.  The court says:

The technology which lies behind the display of a sponsored link merely assembles information provided by others for the purpose of displaying advertisements directed to users of the Google search engine in their capacity as consumers of products and services.  In this sense, Google is not relevantly different from other intermediaries, such as newspaper publishers (whether in print or online) or broadcasters (whether radio, television or online), who publish, display or broadcast the advertisements of others….To the extent that it displays sponsored links, the Google search engine is only a means of communication between advertisers and consumers.

There are two non-standard aspects of this ruling.  First, the plaintiff was a government agency suing for false advertising, not the more typical situation of an unhappy trademark owner suing for trademark infringement.  Second, the High Court interpreted a specific Australian statute regarding secondary liability.  Still, despite these quirks, I think the ruling has broader implications.  In the allocation of legal responsibility between Google and its advertisers, the High Court treats the advertisers as the legally significant decision-makers and treats Google as a tool for advertisers, i.e., a technology platform that advertisers use to publish their own ads.  Once a court embraces that division of responsibility, the case resolution is obvious.

Google’s emphatic Australian complements recent developments in Europe and the United States.  In the European Union, Google won a strategic victory at the European Court of Justice in 2010 based on the same paradigm adopted by the Australian High Court, i.e., AdWords is a tool, and the advertisers bear responsibility for how they use it.  Although the ECJ opinion didn’t completely resolve all of the open issues, the ruling has effectively ended European AdWords-related trademark litigation against Google.

In the United States, trademark owners have sued Google for AdWords many times (over 2 dozen times by my count).  While Google has occasionally gotten dismissals in court, Google hasn’t yet set broad precedent like the ECJ ruling.  At the same time, despite Google’s occasional preliminary losses against trademark owners, no trademark owner has won a final court judgment against Google.  Google recently settled the Rosetta Stone lawsuit, which ended the last major legal challenge against AdWords  in the United States.  Only a couple of minor pending lawsuits are remaining to mop up.  In other words, after the Rosetta Stone settlement, Google tacitly secured the legality of AdWords under U.S. trademark law.

The Development of Cyberlaw

With respect to keyword advertising, in 2009 I wrote:

Keyword triggering seems especially susceptible to cyberspace exceptionalism. After all, the triggering process is unfamiliar and poorly understood, which naturally leads to suspicion. Over time, consumers and judges will better understand keyword triggering technologies…

I think we’ve arrived at this destination.  After a decade of legal battles, Google’s campaign to legitimize AdWords–now nearly complete–has been a complete success.

How did Google triumph over the initial impulses to regulate keyword advertising?  I’ll point to three factors:

2) Venerability.  Over the course of years, consumers–and judges–increasingly have had first-hand positive experiences with keyword advertising.  Keyword advertising has evolved from an Internet novelty into an integral part of our daily lives.

3) Money.  AdWords achieved venerability only because Google had the financial resources and fortitude to fight–and defeat–numerous and expensive legal battles across the globe.

To me, AdWords’ evolution provides a good cautionary tale for regulators and judges dealing with emerging technologies.  We should not overrespond to any initial negative emotional reactions to new technology.  Instead, we should regulate emerging technologies (if at all) anticipating that consumer perceptions–and the technology itself–will evolve and improve over time.

In particular, regulators and judges should recognize that AdWords’ venerability is an exceptional story, not the norm.  Many other innovators and entrepreneurs won’t have Google’s financial staying power, meaning those innovations are vulnerable to being permanently damaged or killed by unchecked regulatory impulses before the innovation takes root.