[Eric’s introduction: In the course of blogging over the past 8+ years, I’ve read hundreds or even thousands of cases. This case ranks in my top 1% of most interesting and memorable cases. 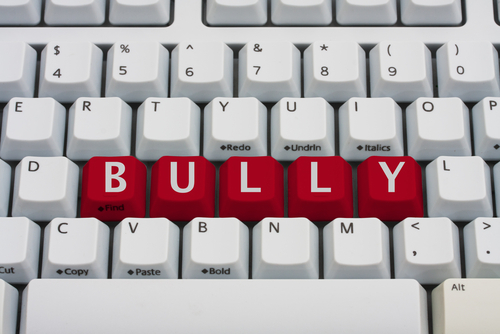 Today, we’d call this a cyberbullying case, but when the online attack occurred in 2004, we didn’t have that terminology. The principal plaintiff, DC, was a high school student and an aspiring actor. He had a promotional website for his acting career, including a guestbook. His classmates discovered the website and posted hateful and threatening messages in the guestbook. In 2005, DC and his parents sued the school, the students who posted messages and their parents. A lot has transpired in the past 9 years, and I’ve found it hard to track everything and keep things straight. In this post, my RA Sruli Yellin sorts through the numerous developments.]

D.C. v. R.R. spans more than eight years in court; two appeals (including one to the California Supreme Court); a side suit for malpractice; and an expensive trip to arbitration. Prof. Goldman blogged the case twice (here and here) and discussed it in a recent talk on high schoolers using the Internet. To get a sense of how long this case has been running, it has already lasted over 1/3 of the lives of some of the litigants who were minors when the case was filed.

In the amended complaint, the asserted claims were: (1) violation of California civil rights; (2) public disclosure of private facts; (3) defamation; (4) false light; (5) IIED; (6) NIED; (7) vicarious liability; (8) negligent supervision; (9) and fraud in the inducement of a contract.

In the arbitration, H-W managed a series of piecemeal victories. First, in the fall of 2006, the arbitrator issued her first substantive ruling, dismissing several claims, including the state “hate crime” civil claim, on 47 USC 230 grounds. Ultimately, in late 2007, the arbitrator dismissed all remaining claims against the school and awarded it fees and costs of over a half-million dollars. See 176 Cal. App. 4th 836, 846-49 (2009).

On October 15, 2007, the Court adopted the arbitrator’s ruling and entered judgment in favor of H-W. The Caplins appealed the fee award on May 12, 2008, and the Court of Appeals partially reversed, concluding that public policy trumps the parties’ enrollment contract and prohibits the plaintiffs from having to pay arbitration costs or defense attorneys’ fees related to the hate crimes claim despite the contract. Prof. Goldman’s blog post on that ruling. The case returned to the trial court in October 2009, and the trial court reduced H-W’s award from about $520,000 to about $200,000. The Caplins satisfied the fee award in February 2012.

In the meantime, the docket shows that on January 11, 2008, the Caplins settled with the Angelichs and the Shapiros. The details of those settlements are not publicly available.

On May 6, 2008, the trial court finally ruled on R.R.’s demurrer and anti-SLAPP motion to strike – almost three years after he initially filed the motions. The court ruled that the case did not involve a matter of public concern and denied the anti-SLAPP motion. R.R. and his parents appealed. In March 2010, the Court of Appeals affirmed, and the California Supreme Court denied review on June 17, 2010. Prof. Goldman’s blog post on that ruling.

The case returned to state court in July 2010. After a number of procedural matters were handled, the court issued its final ruling on R.R. and his parents’ motion to dismiss on May 2, 2011. The court granted the demurrer of R.R.’s parents, denied another motion to strike, and set the time for R.R. to file his answer.

Meanwhile, in January 2011, the Caplins’ attorney, Jennifer Lynch, withdrew from the case. The Caplins sued her for malpractice in September 2011, arguing that Lynch was negligent because the school enrollment agreement was unenforceable; and because Lynch failed to challenge it as such, Caplin was ultimately responsible for Defendants’ arbitration costs and attorneys’ fees.

Lynch counter-sued for $120,000 in unpaid legal fees. The counter-claim contained a copy of the attorney-client agreement. According to its terms, the original attorney took the case for $150 per hour plus a 10% contingency. That the attorney took the case on contingency is revealing – what were the actual harms suffered? And wasn’t there a risk of dismissal and a fee-shift under anti-SLAPP law? The Caplins and Lynch settled and the notice of settlement, filed in December of 2012, is mum on the details.

Back in the trial court, discovery in the suit between R.R and D.C. began around May 2011–roughly 6 years after the suit was originally filed against R.R. and his parents. After several more of Caplin’s claims were dismissed, R.R. and D.C. finally settled on May 24, 2012–about 8 years after the online attack, meaning that the litigation ran the remainder of high school, through their entire college career, and into their post-undergraduate life.

Litigation is still proceeding against the last remaining defendants, the Soleys. On January 4, 2013, the Soleys filed their answer, asserting 29 affirmative defenses. The court has yet to rule on the Soleys’ answer.

This case is important for a number of reasons. First, it shows how expensive and lengthy civil litigation can be. This case cost the plaintiffs somewhere around $320,000 just to get through arbitration against H-W ($200k for the fee shift and $120k to the plaintiff’s attorney, assuming all amounts were actually paid), and there is still no finality in the case. Imagine walking around with a pending lawsuit as part of your life for more than 9 years! As the old expression goes, justice delayed is justice denied, and that applies whether justice favors the plaintiff or the defense.

The case also shows how our legal system is ill-equipped to deal with cyber-bullying. Putting aside the sheer length of time required to litigate this case, the harms suffered by a non-public figure high school student are difficult – if not impossible – to quantify. What was the end game here? As Prof. Goldman suggested, perhaps restorative justice would have been a more suitable remedy.

For lawyers, this case reminds us that the best clients are sometimes the ones you do not take. Viewing this case objectively, is the malpractice claim against the plaintiffs’ attorney really all that surprising?

*Note that many of the dates listed throughout the post were taken from the docket report. The summaries of the rulings and procedure are my opinion based on my readings of the court documents.